As a reader, you have either subscribed to this website a long time ago or just recently and still don’t know a lot about its background and what it went through that lead to where it is now. Personally, I’ve been a part of this site for a couple of years already and haven’t known all the things listed here until only recently.

For this article, we break away from the usual news and reviews of gadgets and focus on the site itself as we’re also nearing our anniversary. Here are some quick facts about YugaTech. 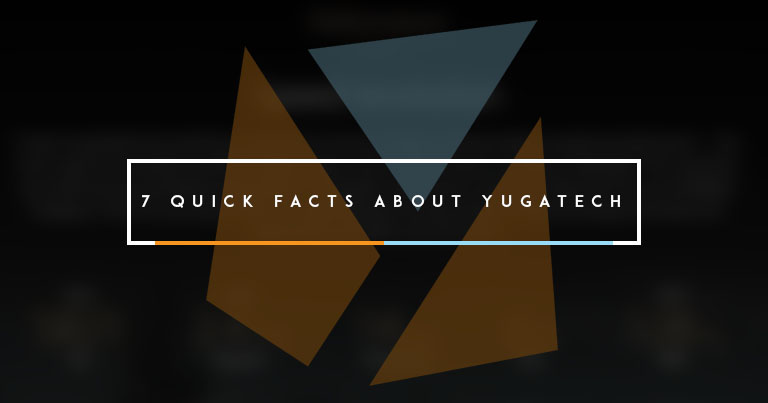 1. The meaning of “Yuga” in YugaTech

A lot of people have been asking where the site got its name and what it means. It actually came from Iloilo where the founder, Abe Olandres, is from. It is commonly used in conversations which is an expression of disbelief or surprise.  Like exclaiming, “really?” or, “wow!” 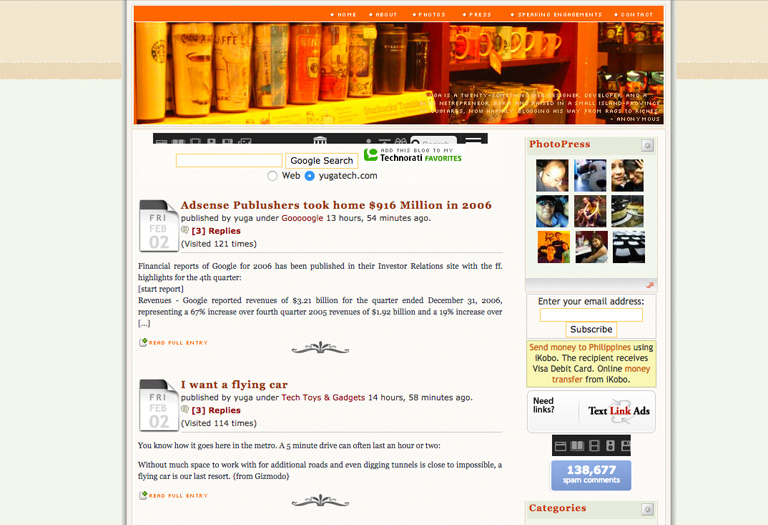 Snapshot from February 2006: Moved to WordPress while created scripts and plugins.

Interestingly, the old site had a sub-title in addition to YugaTech saying, “Ambot ah” meaning “ewan ko” or “I don’t know”. For a short while, the site was also called “redshift” — a shift to the color red after trying to teach himself web design for years (red was his most hated color so he thought that in order to be truly creative, he needed to *like* the color red).

2. YugaTech ran on its own CMS

Called YugaBlog, our site originally ran on its own CMS (content management system) which is a self-made blogging platform before it made its transition to WordPress in 2005. 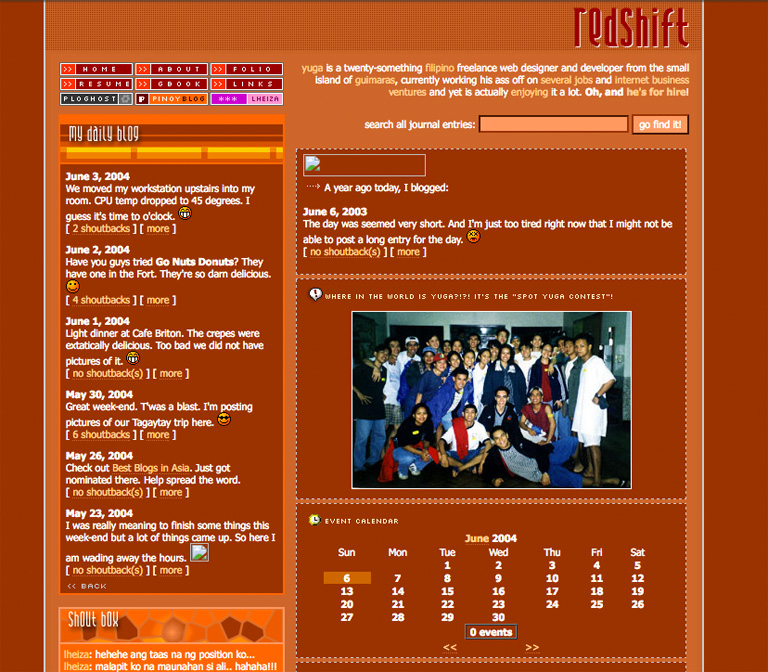 From April 2004: This site runs on its own CMS program built by Yuga from scratch (after reading 500 pages of the PHP manual).

3. YugaTech was first hosted in HyperMart

hypermart.net is a small business web hosting and is where YugaTech was born. Today, the first thing that will enter your mind when someone says HyperMart is a grocery store and not a service for hosting sites. 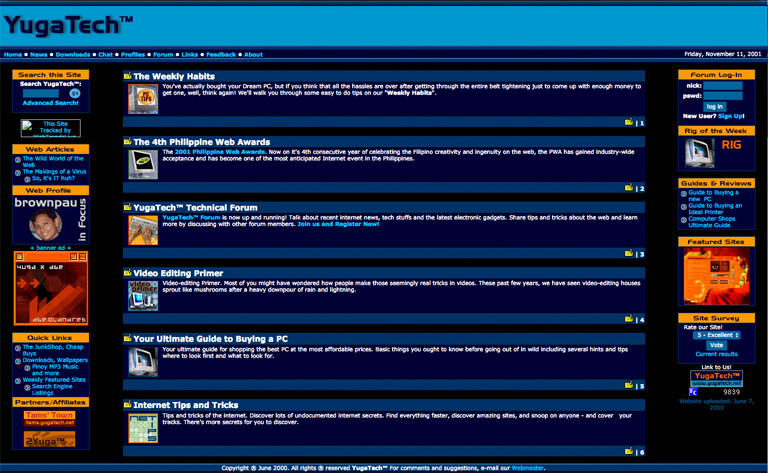 Snapshot from November 2001: The site on hypermart.net and inspired by AnandTech.

Imagine if we still stuck by it. We imagine a lot of moms out there will be going to our site mistakingly looking for prices of fresh cabbages.

4. YugaTech is one of the longest-running blogs in the Philippines

YugaTech has been around for 15 years (since 2001 with HyperMart, yugatech.com was registered October 2002) — making it one of the longest-running blogs in the Philippines. The founder practically started the blogging industry in the country before others followed suit. Today, it’s the number one blog site in PH in terms of page views and still continues to deliver fresh, relevant content to its thousands of followers.

5. YugaTech started out as a travel photography blog

The founder/EIC started out (and still is) a camera buff with a passion for sharing his shots to the readers while giving some tips and reviews along the way. 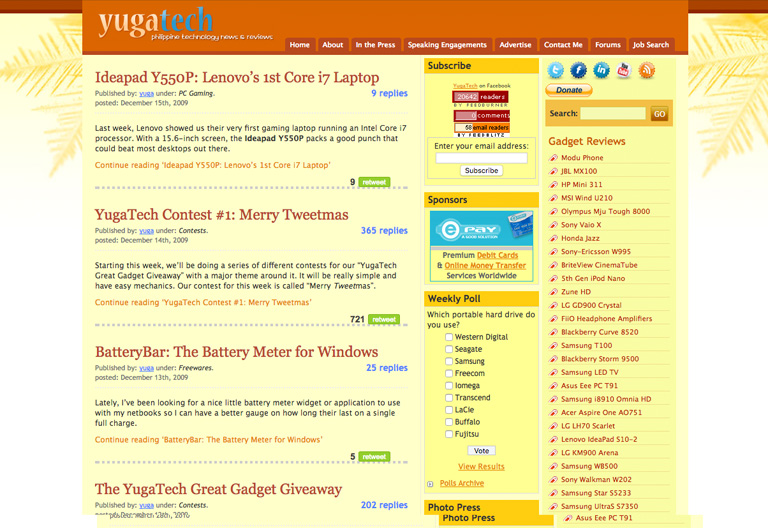 Snapshot from December 2009: Our biggest giveaway! We had over 300 winners that Christmas.

This is why there used to be an Animal Kingdom category (I know, weird right?) on our articles and I personally have been wondering what it was for since this is a tech website, until he mentioned it in passing during one of our meetings.

6. YugaTech, for years, has been a one-man team

Since its establishment, the website was run solely by Abe until 2012 where he added two new contributors. One of them is present until today and is now the Managing Editor of the site. From one person, the team has now gotten bigger to 6 full-time members plus 5 regular contributors.

7. YugaTech was inspired by Anandtech

anandtech.com is an online computer hardware magazine founded by Anand Lal Shimpi. This inspiration came after watching him do a TV interview at 19 years old about his passion for computers. His site is a source for hardware reviews for components and later on expanded to mobile devices — pretty much like what you see on YugaTech today with reviews for computers, smartphones, tablets, and more.

Those sum up some of the interesting facts about our website. We hope you enjoyed knowing these little things about us and just for fun, can we get a shout out from our readers as to how far back have you been following our page? The older, the better!