Nutrihero Portable Blender: A wireless blender in a small package

When we talk about blenders, the first thing that comes to mind is those bulky appliances that are difficult to move around and clean, which is too much if you just want a glass of a healthy fruit shake or energy drink. There’s one blender though that allows you to make those healthy drinks without the hassle, the Nutrihero Portable Blender. 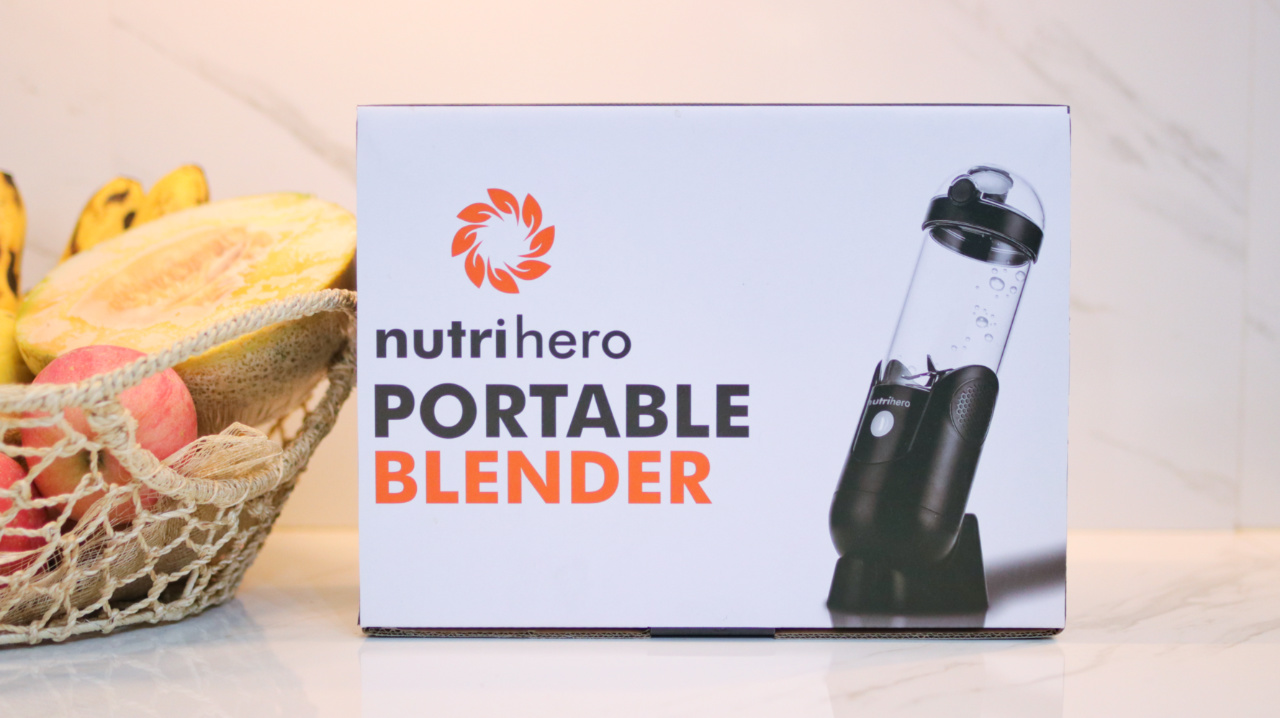 The Nutrihero Portable Blender package comes with four items: the blender, the battery pack, the charging base, and the charging cable. 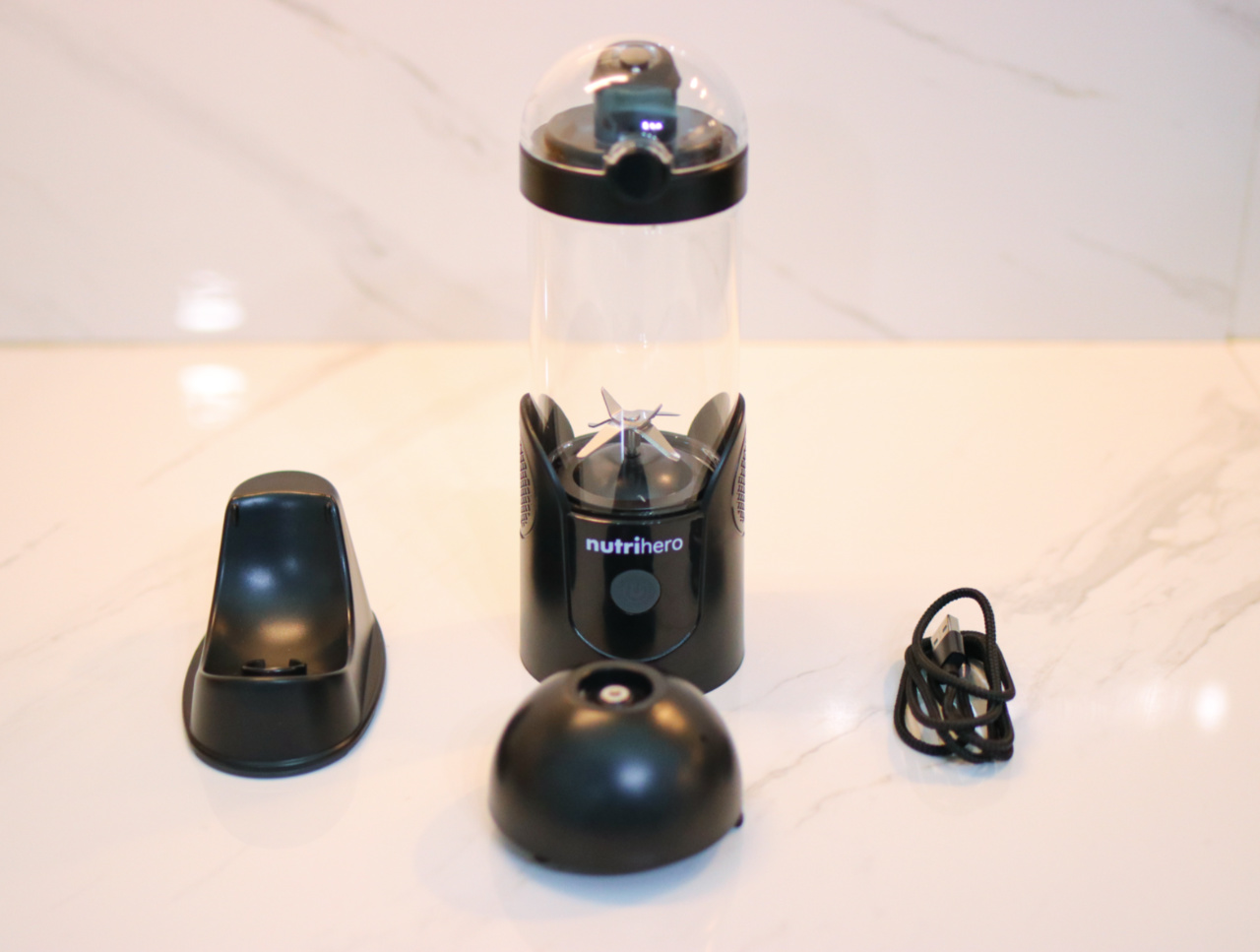 The blender itself comes in four parts: the base, the cover, the borosilicate glass jug, the blade, and the cover. 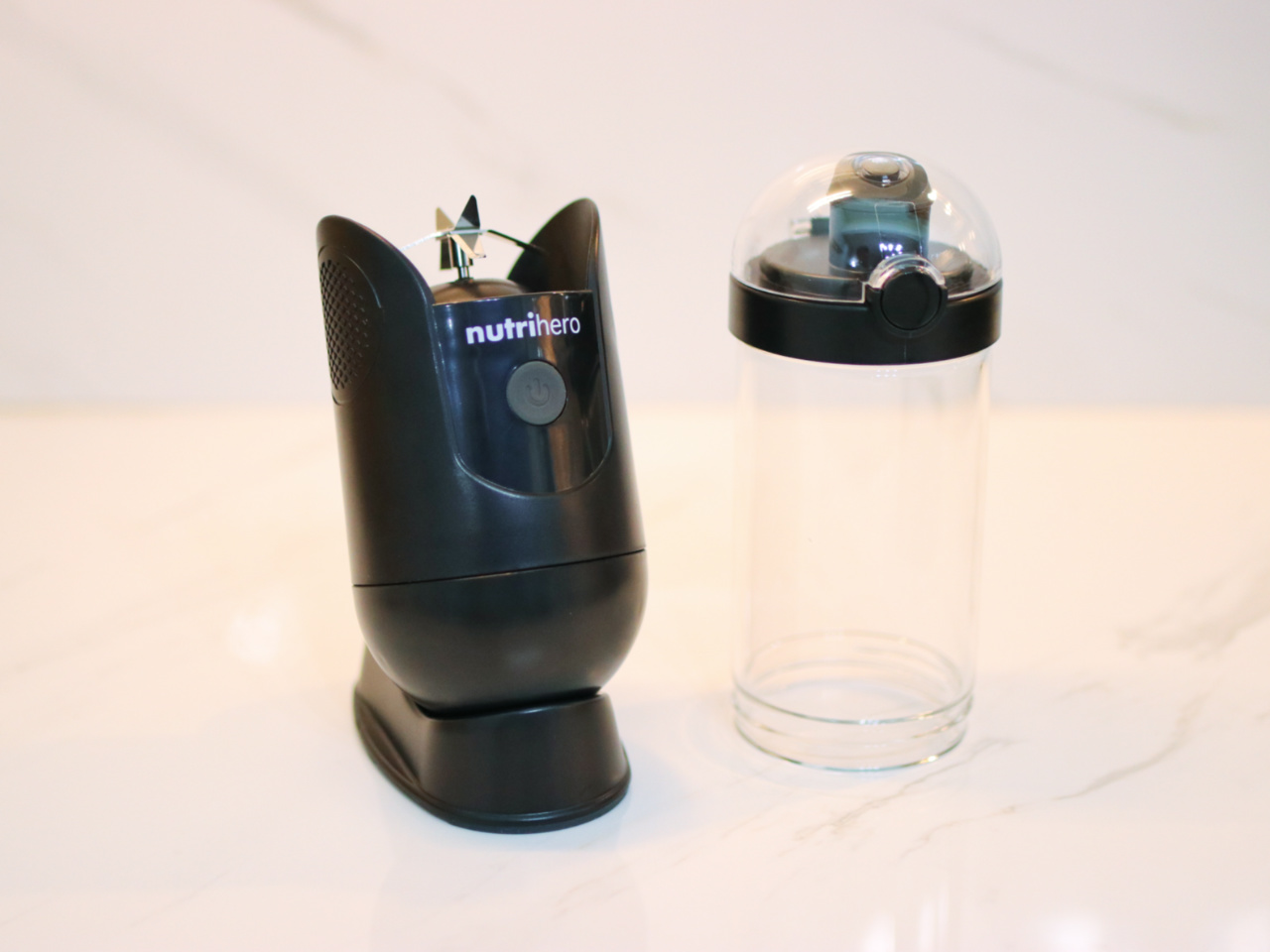 The Nutrihero Portable Blender is just as big as a water bottle. It has textured grips on the sides, an LED illuminated and rubberized power button, a spring-loaded flip cover that can be opened with a push of a button, and the battery compartment at the bottom. 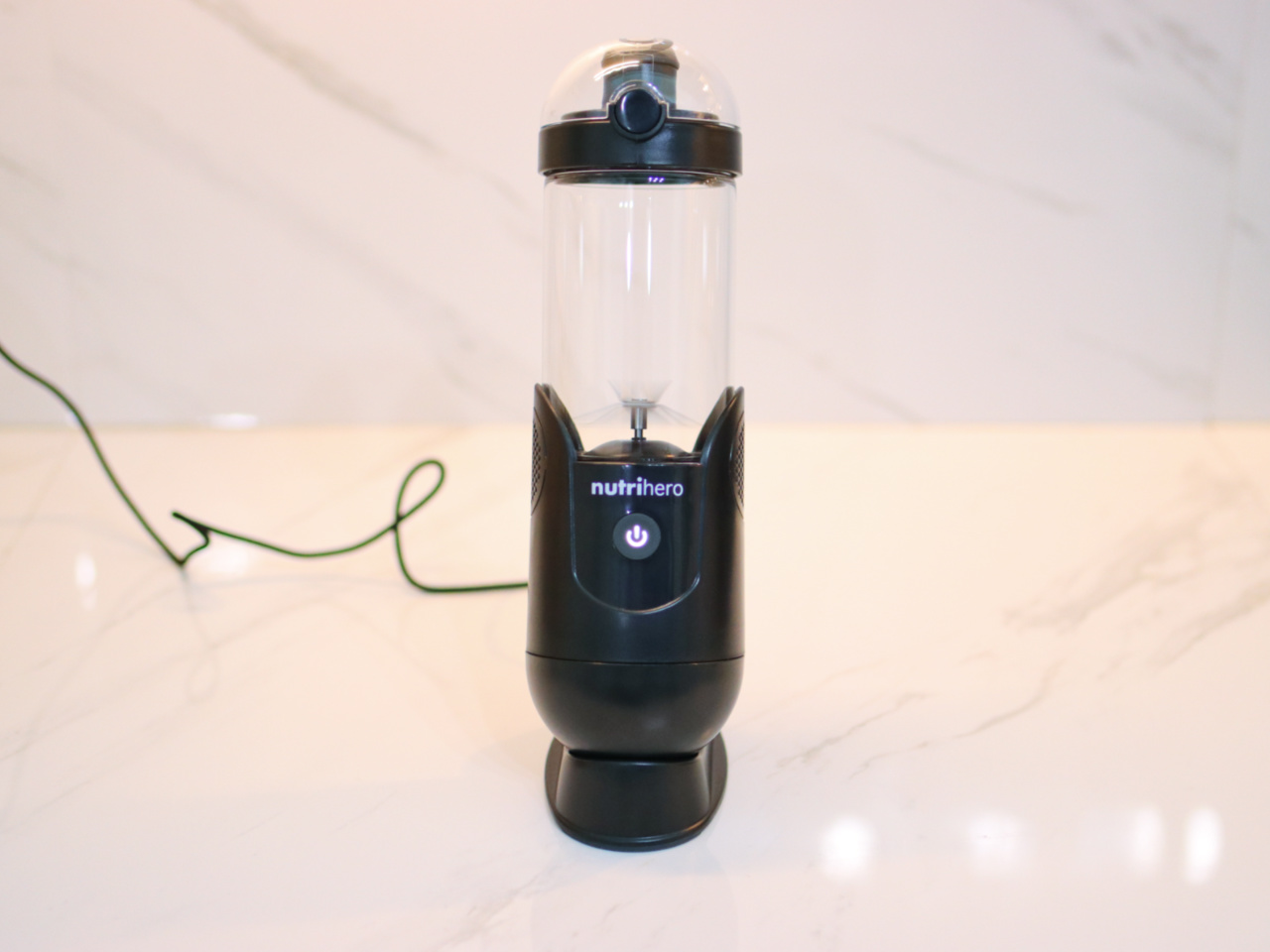 The battery pack easily slides at the back and locks in place. At this point, the blender would look like a capsule. It’s a sleek-looking blender and doesn’t take up much space. Nutrihero said that it is designed by Enrico Secci, an Italian designer. 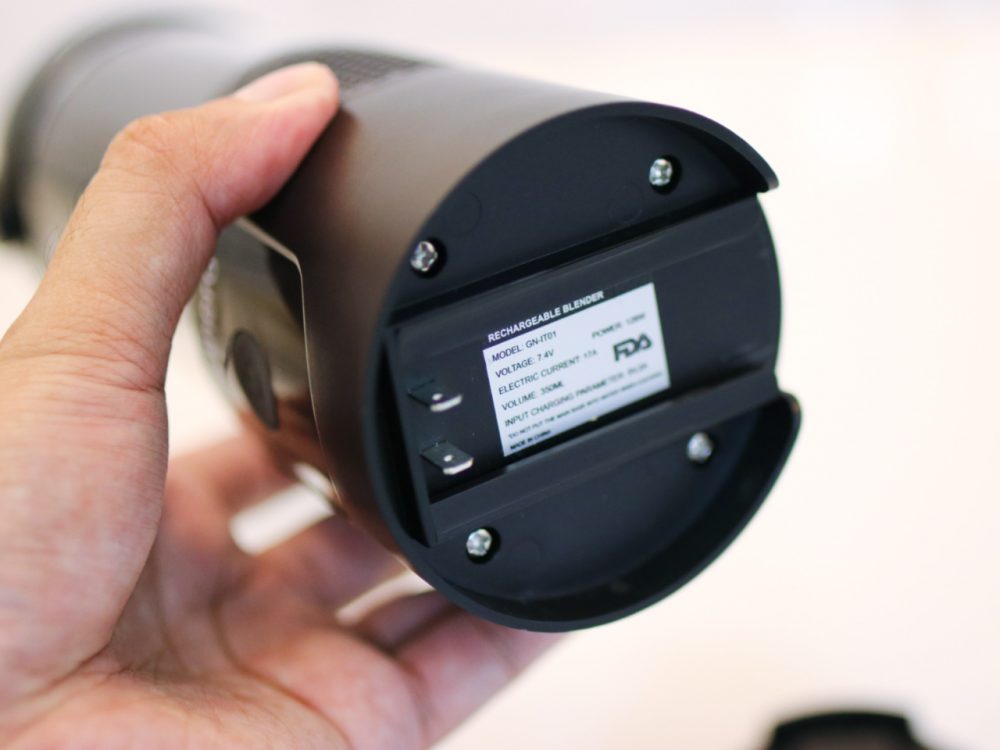 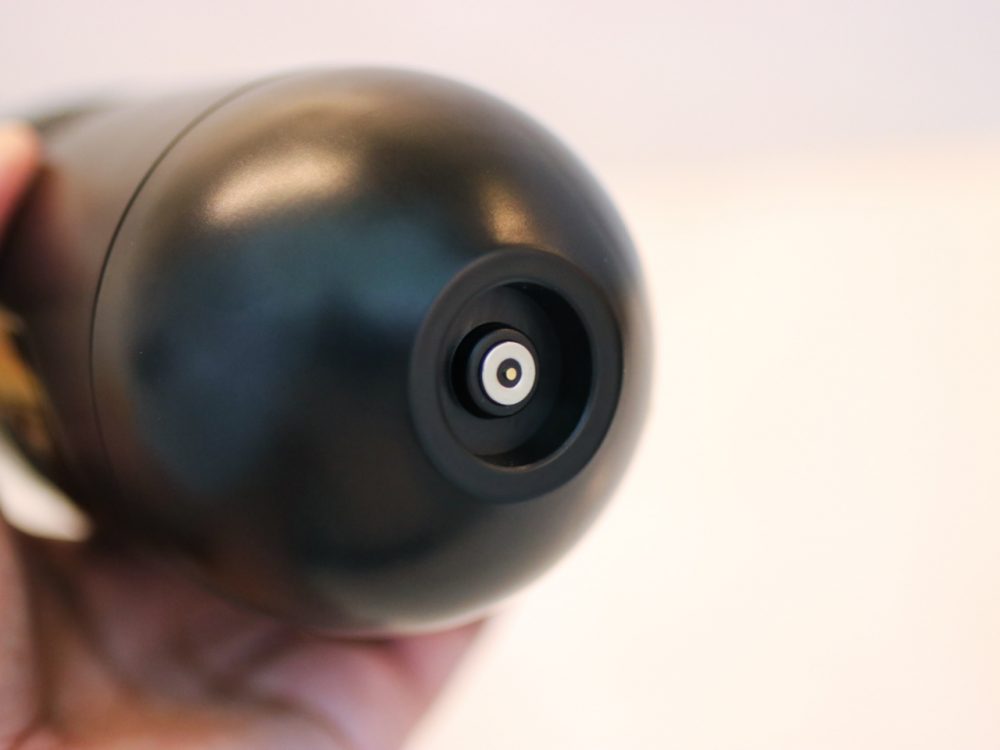 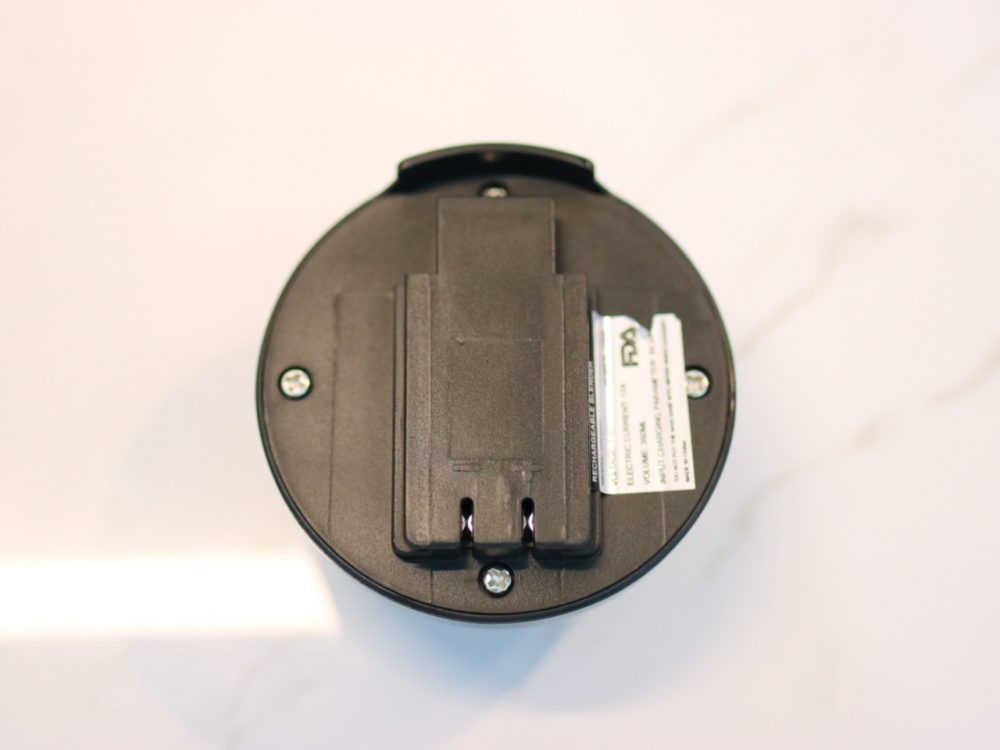 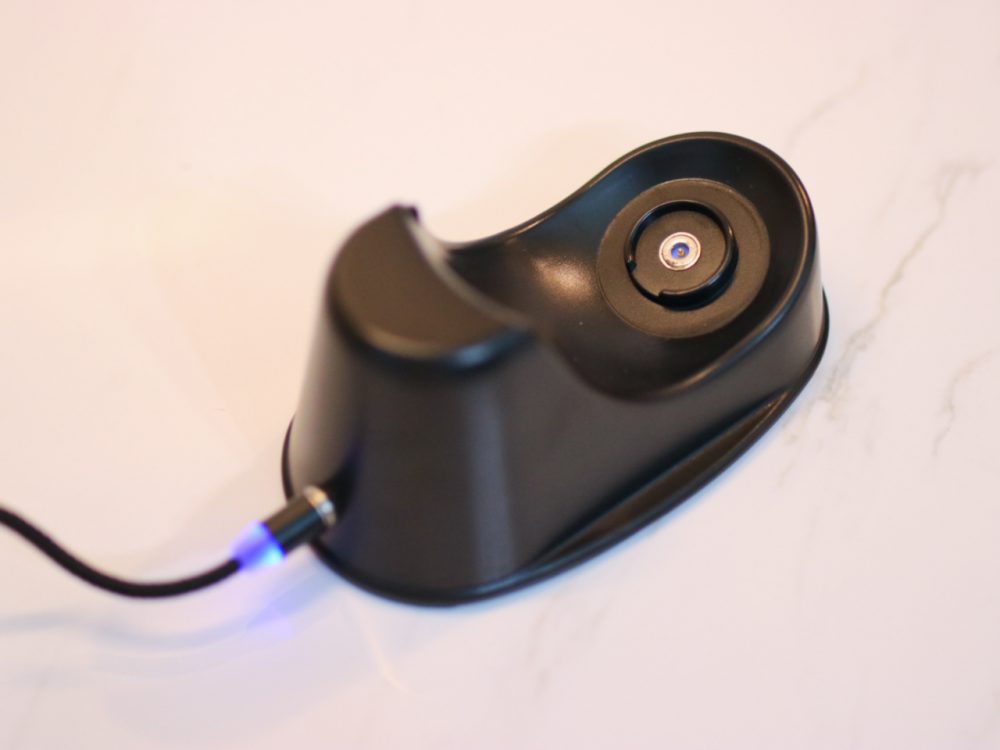 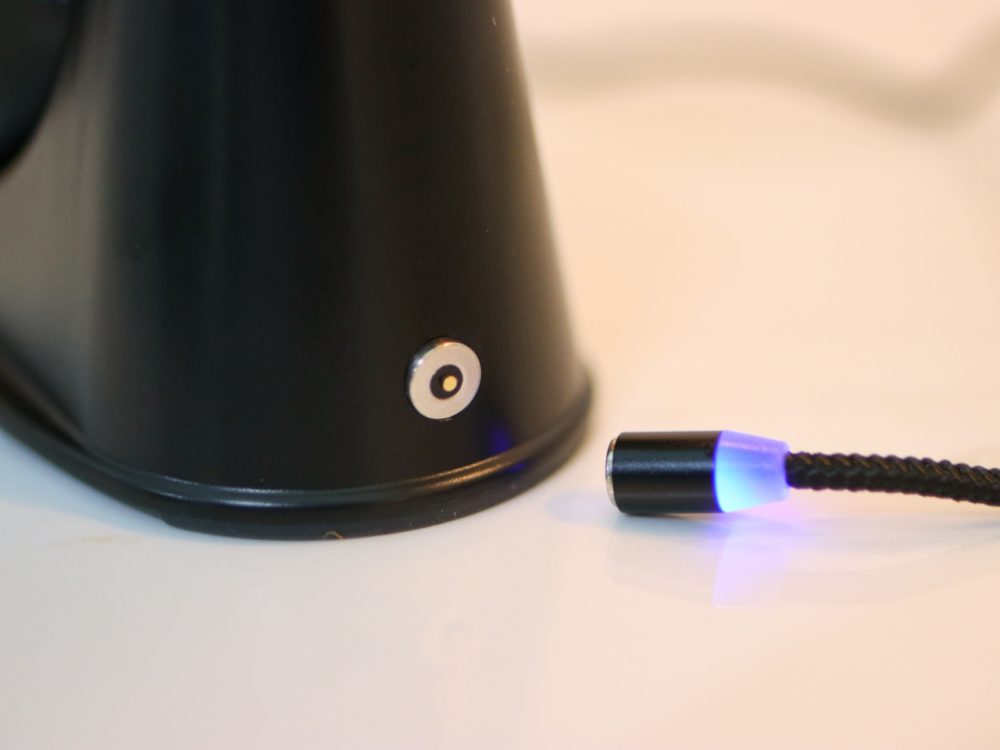 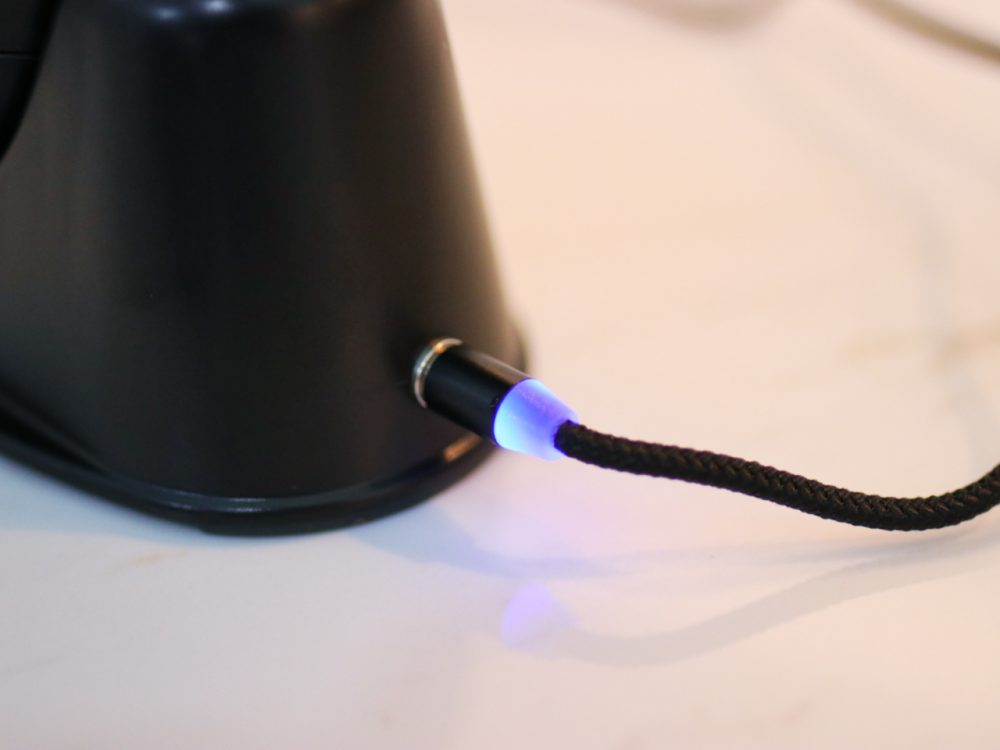 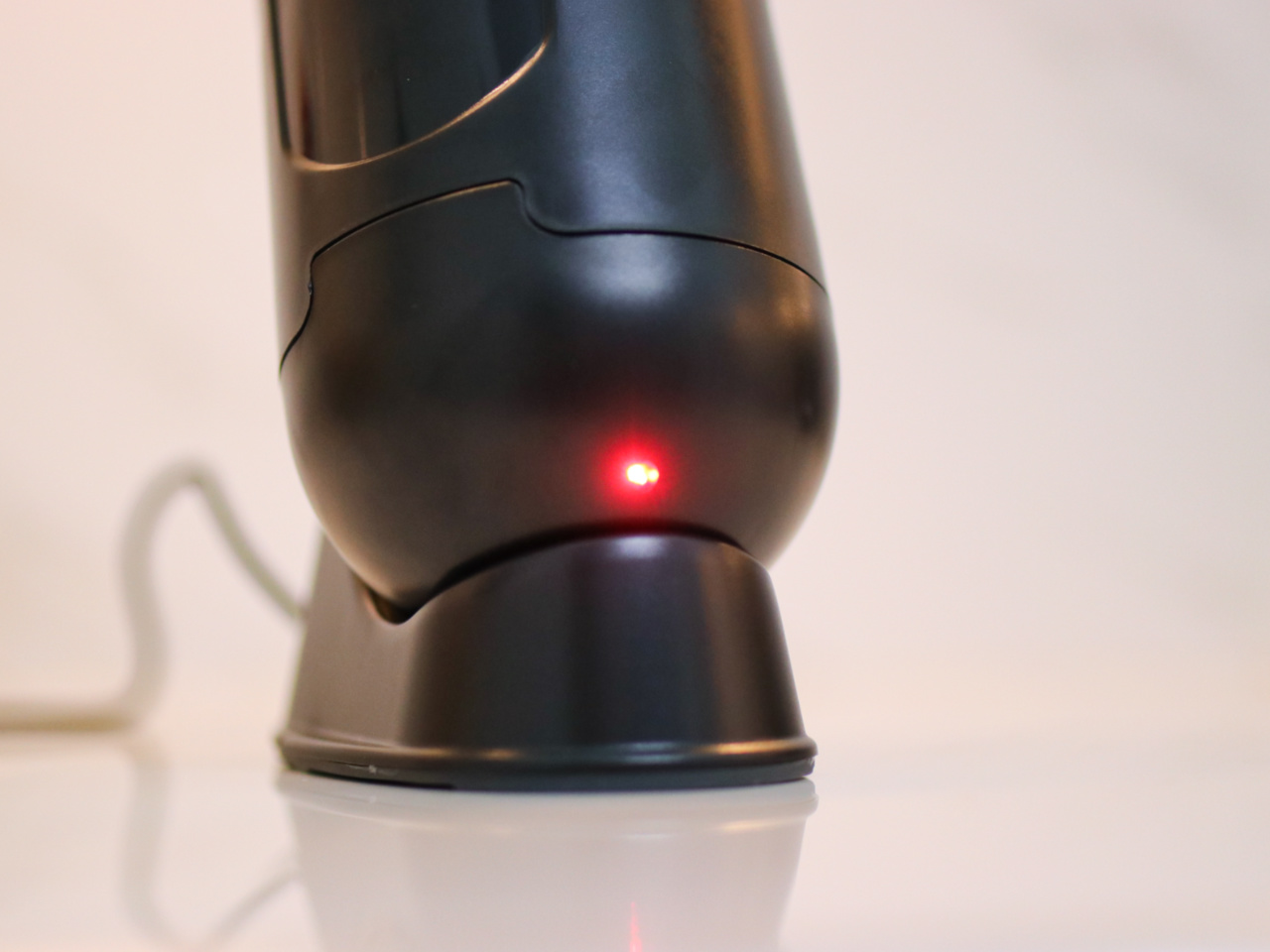 Once plugged in, the charging cable’s blue LED and the battery pack’s red LED will light up. Charging the dual 1,200mAh battery pack takes about 3 to 5 hours. 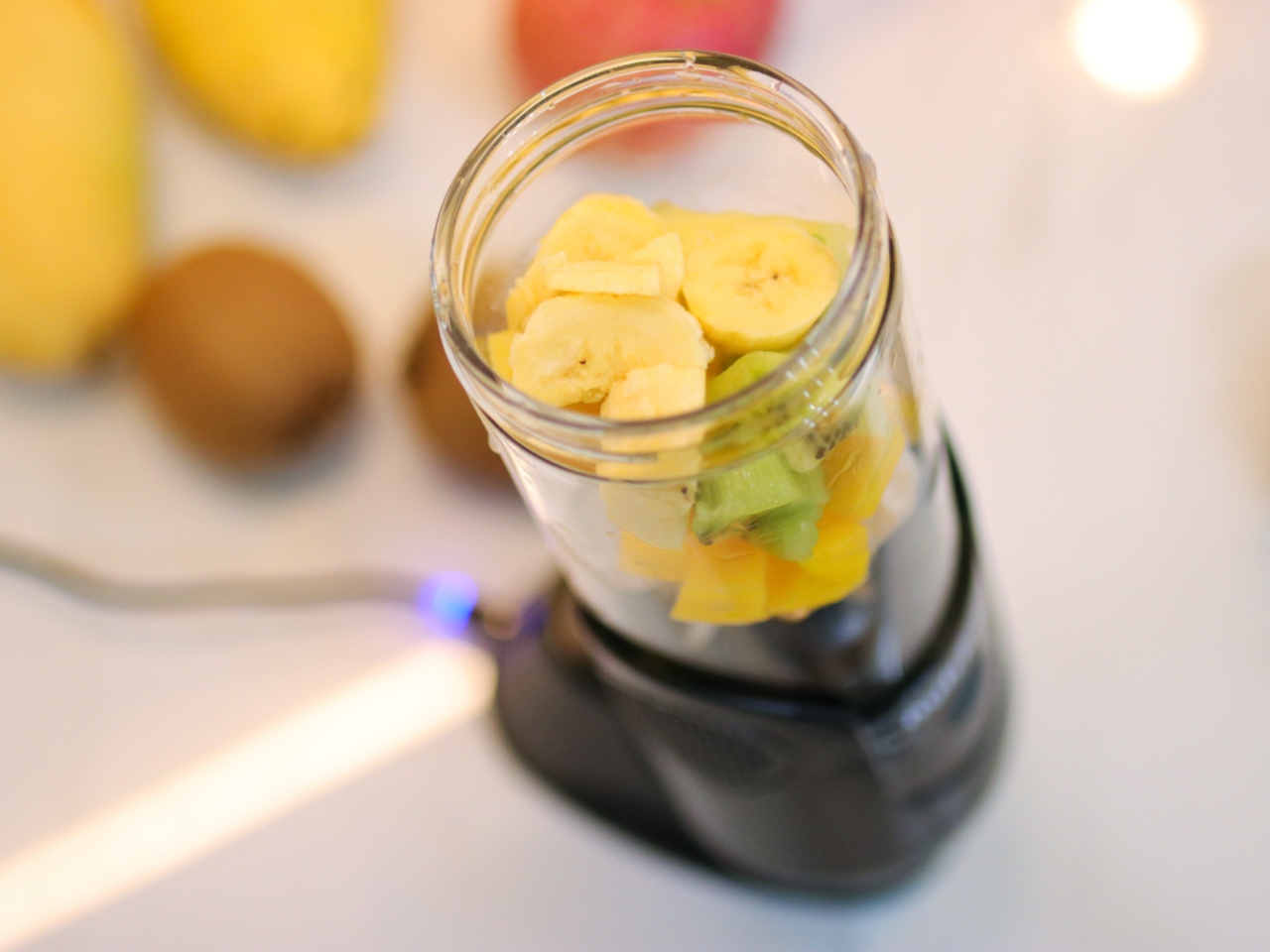 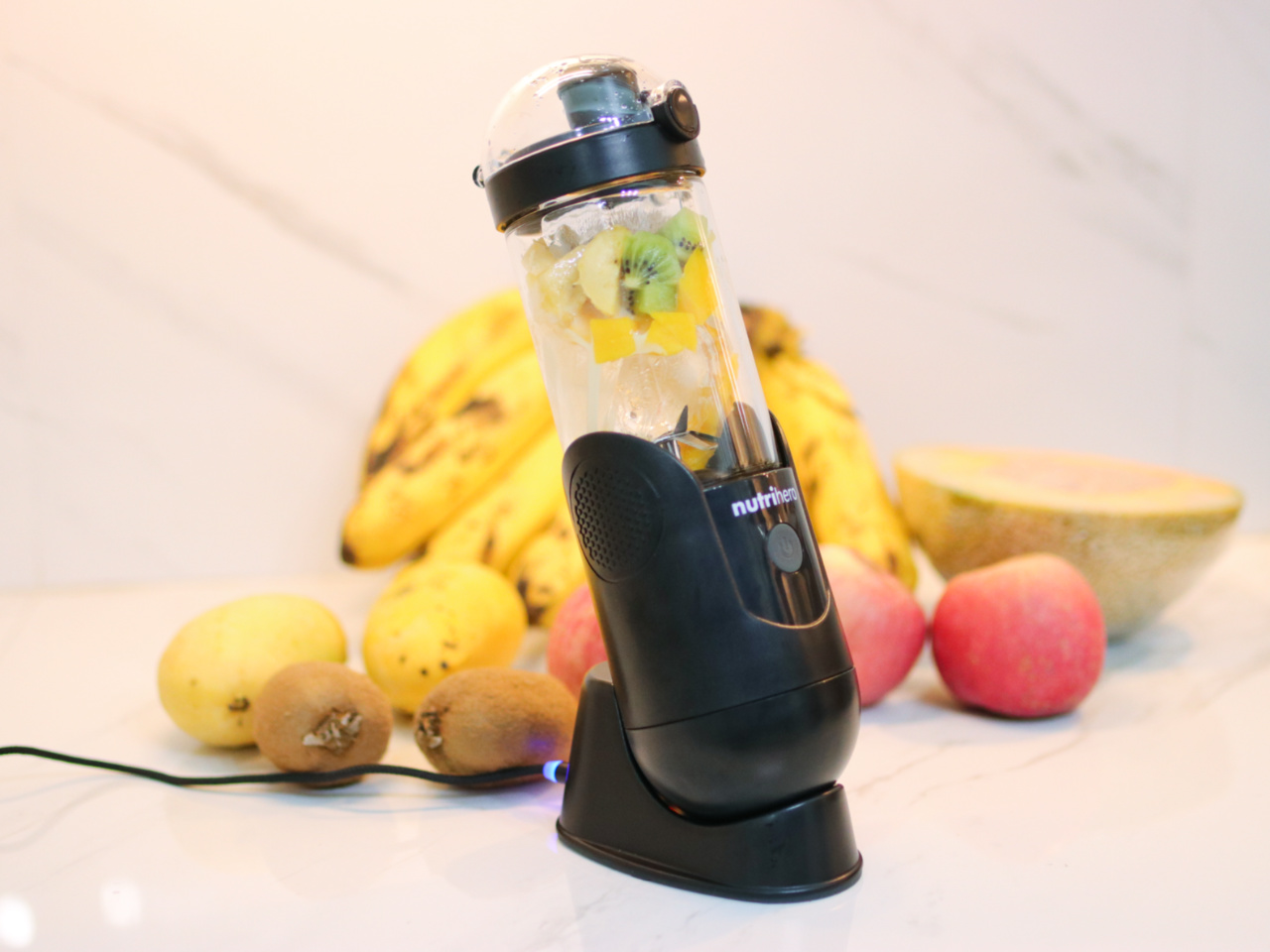 The blender works best if used for 100g of food with 200g of liquid. The 250W motor, on the other hand, is powerful enough to crush ice cubes. Since it’s wireless and portable, we can easily tilt or shake as necessary for better blending. Don’t expect to blend plenty though as its size is only good for a single serving. 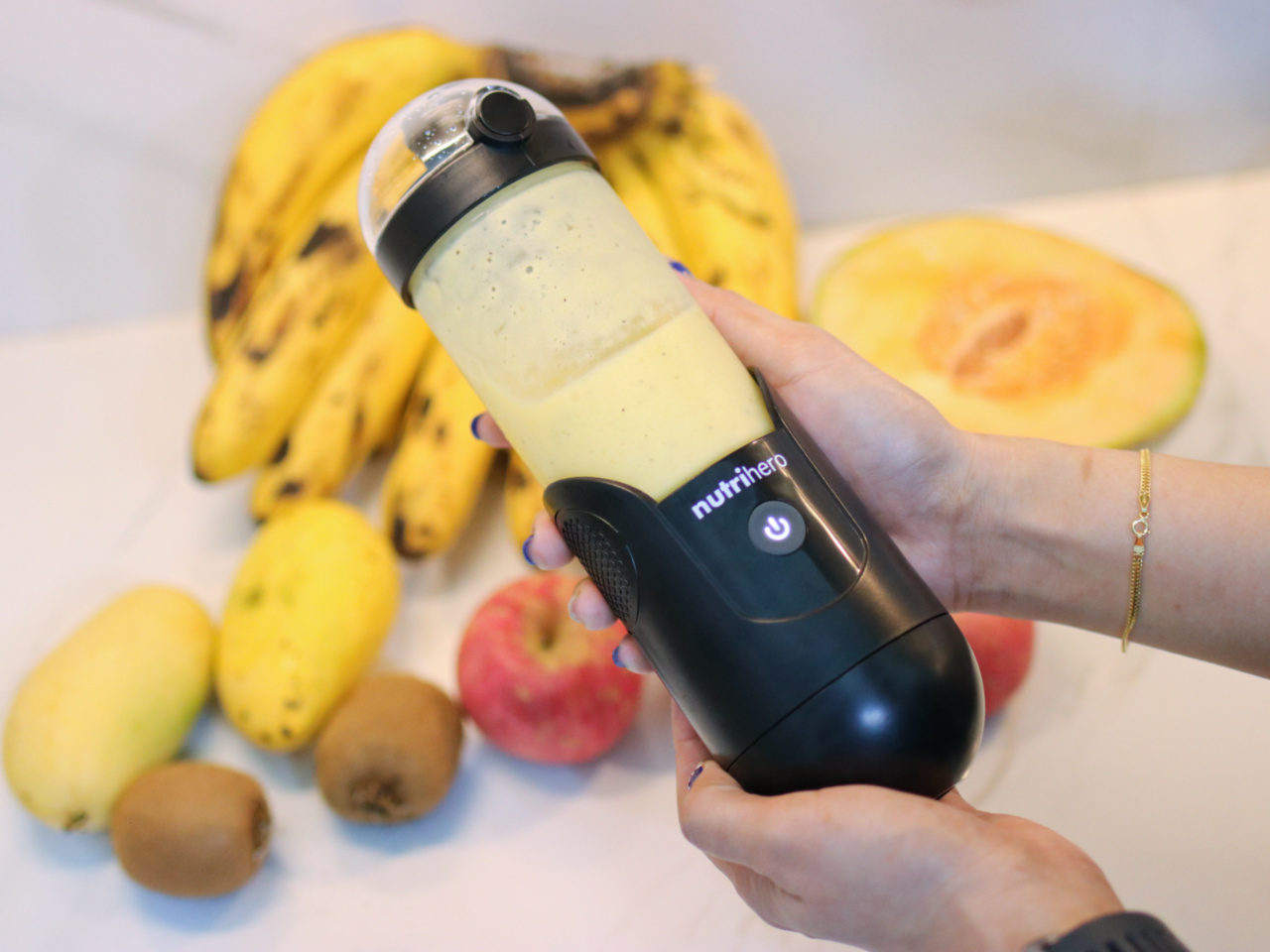 Cleanup is easy as all we need to do is remove the battery compartment and cover, then wash them with dishwashing soap and water. It’s easy to dry too as the glass can be removed as well. 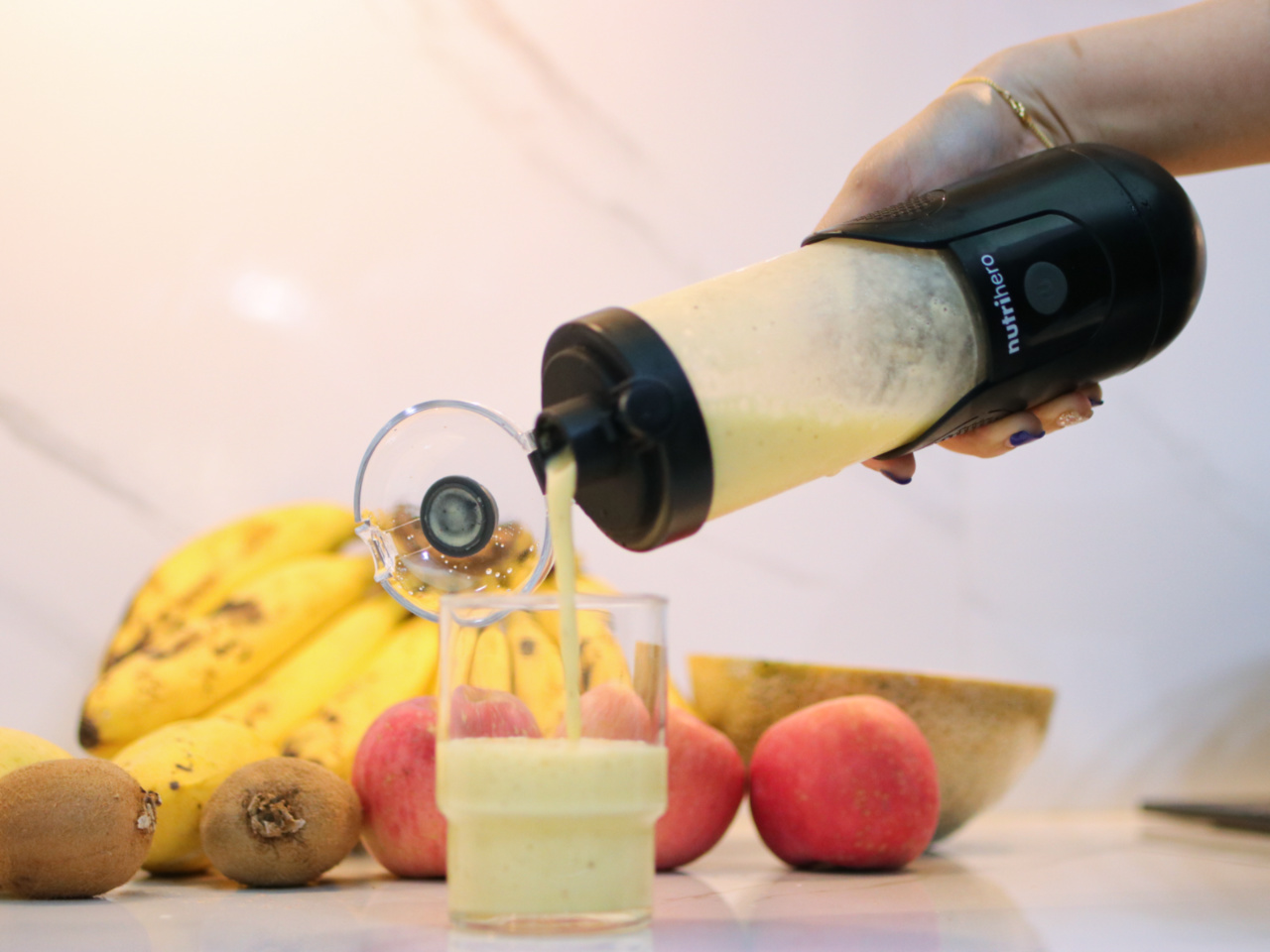 We see the Nutrihero Portable Blender as a great addition to your health-centric gadgets and appliances at home. If you’re the type who’s into making fruit shakes and energy drinks, its ease of use and small size can help you become more motivated to pursue a healthy lifestyle. 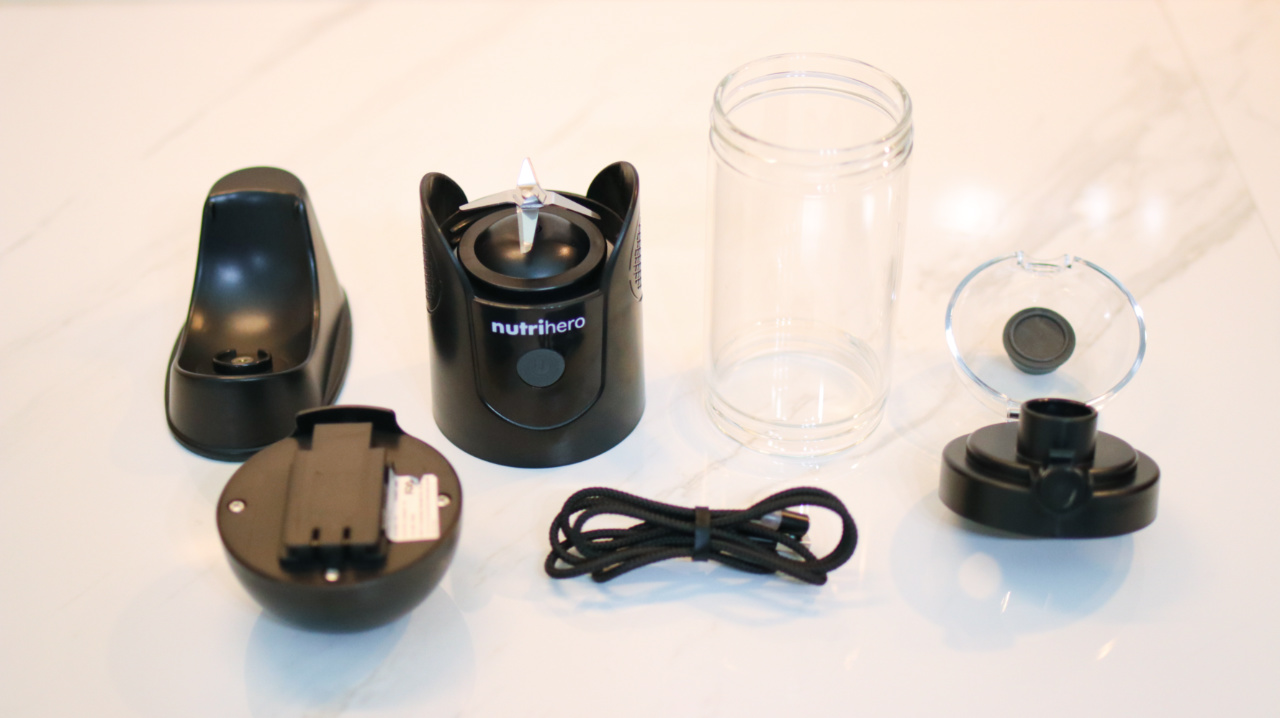 The Nutrihero Portable Blender has an SRP of PHP 4,150 but can be purchased now for just PHP 1,995. See the listing here.