The Lenovo Legion Y540 is the entry-level variant of Lenovo’s latest generation of Legion laptops. It’s highly configurable, with options to upgrade to an Intel 9th generation i7 high-performance processor, an NVIDIA RTX 2060, and up to a 1TB SSD. Interestingly, Lenovo has priced the decked out variant of the Legion Y540 within thousands of the Legion Y545 we tested, making the purchase decision even more confusing. So today, we’re taking it through our usual benchmark suite to see how well it performs, whether it’s worth your investment, or if you should consider upping your budget and get the slightly more expensive Legion Y545.

Lenovo has done a good job in making the Legion Y540 feel like its a premium product, despite only using ABS plastic for the body. The case feels solid and doesn’t bend thanks to its thick base. Unfortunately, the same can’t be said about the keyboard as it flexes even with minimal force. 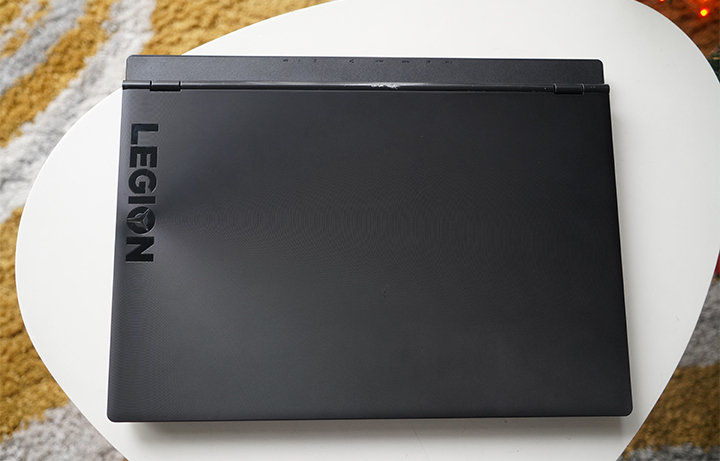 The Legion Y540 has a ribbed, circular finish, which makes the device feel a little bit premium. Sitting on the left side of the top lid is the Legion logo with an illuminated Y on the O.  It has a large base, and the display is held up by two hinges that could rotate a full 180°. 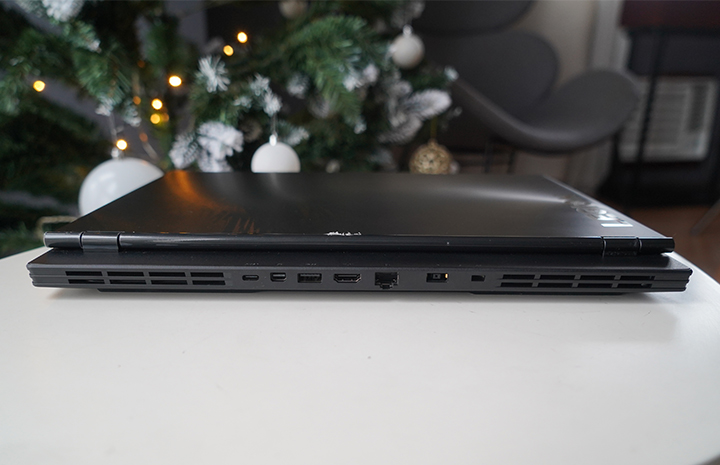 At the rear, there are two exhaust grills and most of the ports. There’s a USB Type-C, MiniDisplay Port, USB 3.1, HDMI, Ethernet port, security keyhole, and power port. 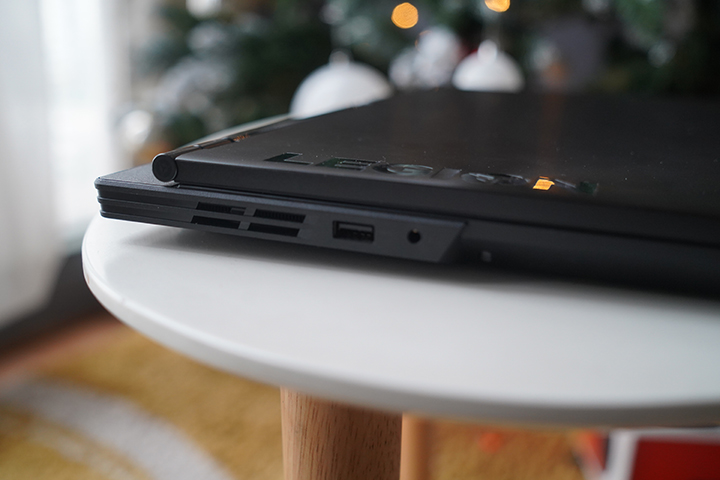 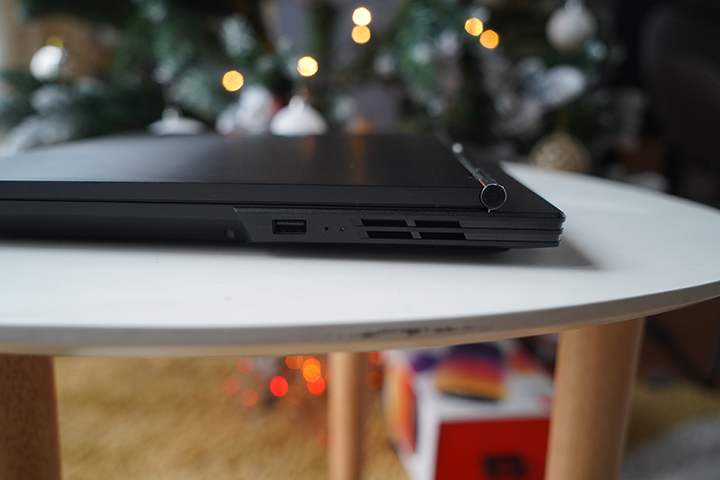 Heat vents are also located on the right, along with a USB 3.1 port, and LED indicators for power and disk read status. 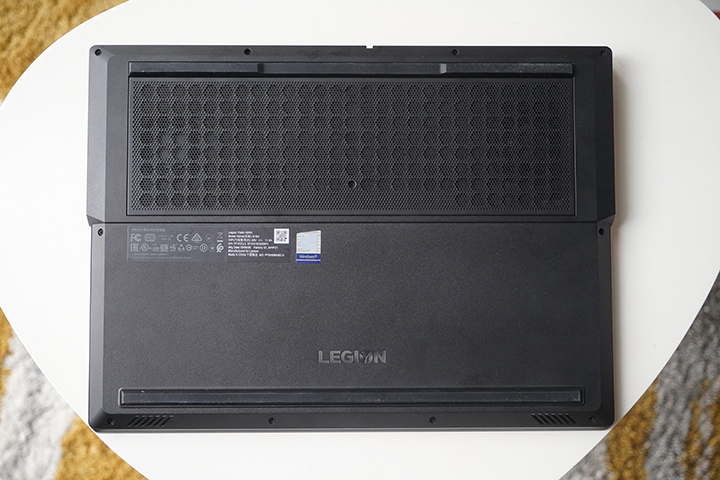 Below, there’s a massive heat vent that spans almost half of the entire laptop and two large rubber feet. The speakers are also located at the bottom, angled to face the user. After spending more time on the Legion Y540, I quickly realized that the layout was the only thing similar to the Y545. It’s almost a full-sized keyboard with the nav keys sharing the arrow keys accessible via the Function button. The keys have around 1.8mm travel and are very consistent no matter where you press down. I also experienced no perceivable key wobble, and longer keys have stabilizers as well. The typeface used on the keys is also standard despite being a gaming laptop.  There’s also white backlighting on the keyboard, and Lenovo used pudding keycaps, which gives the backlighting an even better bleed effect. It does, however, have a gap between the keycap and the top plate, making it easy for dirt, dust, and hair to enter the laptop. 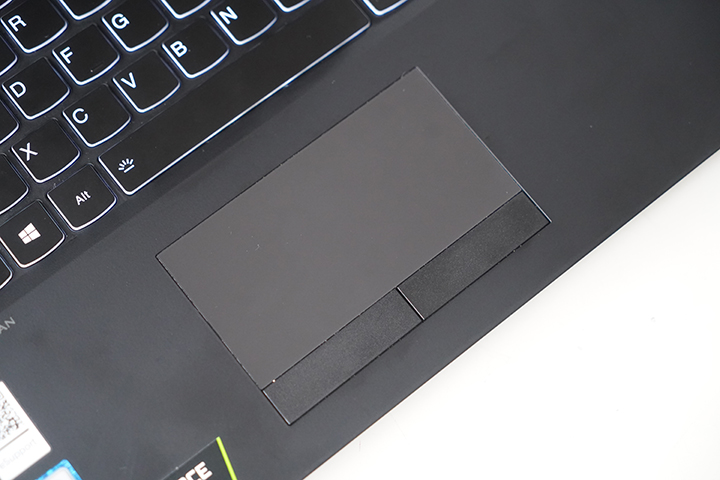 Swiping on the Legion Y540’s touchpad is accurate; however, the tap function isn’t as responsive as we’d like it to be. It’d sometimes fail to recognize taps, and you’d have to resort to the physical left and right mouse buttons that are separated from the touchpad itself. 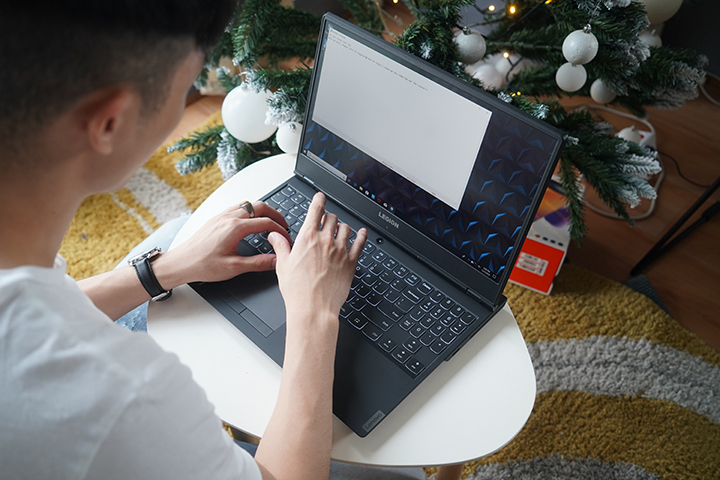 The Legion Y540 has a typical gamer aesthetic to it, with sharp angles and tapers on the side, as well as a longer base to accommodate better airflow. Unfortunately, we can’t speak too well of the build quality since Lenovo opted to use ABS plastic for the body instead of Aluminum or Magnesium Alloy. If you’re into the bulky gamer design, then you’d like the look and feel of the Legion Y540. We also enjoyed the typing experience on the keyboard with its consistency, satisfying tactility, and good travel distance. The touchpad, on the other hand, leaves more to be desired. 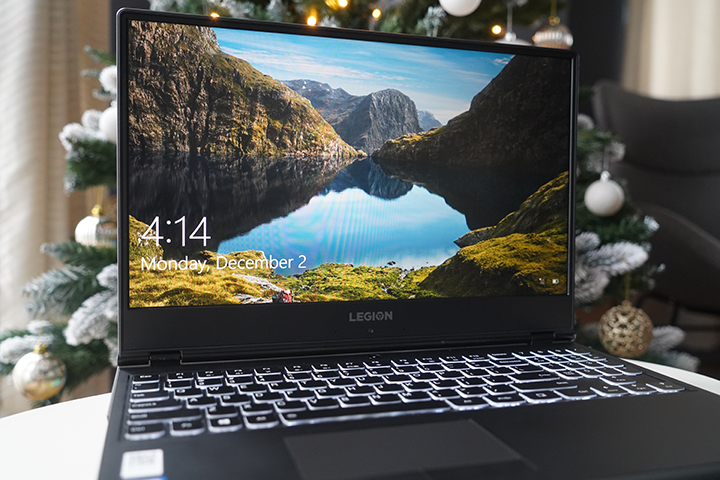 Opening the laptop will reveal its 15.6-inch IPS display. Our model came with the 250nit variant, which only has a 45% gamut rating. It has excellent viewing angles, although the 250 nits max brightness level isn’t enough if you’re under direct sunlight. There’s noticeable backlight bleed on the top middle, top right, and bottom left corners of the screen too. It’s a 60hz display, so FPS and twitch shooter players may want to look somewhere else. There was also noticeable ghosting when we ran the ufotest, though being a 60hz display, didn’t affect gameplay too much. Despite its 45% gamut rating, it still works well for games and general use. Just don’t expect to use it for color-accurate work. The top and side bezels are slim at only 7mm, while the chin is noticeably thicker at 29mm. Lenovo placed the webcam in the middle of the chin, underneath the Legion logo. We would’ve liked to see the webcam on the top bezel instead for better viewing angles. Based on webcamtests‘ results, the included webcam is capable of 720P video capture, but only up to 10FPS making videos appear very choppy. You can find the dual-array microphones can beside the webcam, one on either side. At default settings, with the volume level set to 100% with a +10DB boost, the mic picks up a lot of background and electrical noise. After turning the volume down to 60% and setting the boost to 0, the mic was able to record clear audio without being too quiet. The audio from the speakers was quiet and sounded shallow. While the midrange sounds good, the treble sounds recessed, and the bass is lacking. The speakers also lose a lot of detail with distance. Conversations in movies also became hard to make out even when you’re just half a meter away. The speakers are serviceable when you’re using the laptop on your lap or a hard-surfaced desk.

Our test unit came with an Intel Core i7-9750H, NVIDIA GeForce GTX 1660ti, 8GB of 2667MHz RAM, and a 1TB of SSD storage. It came with Windows 10 Home preinstalled, along with other preinstalled apps such as Candy Crush Saga & Friends, Microsoft Office Suite, Solitaire, McAffee, etc. While we urge our users to remove most of the bloatware preinstalled with the laptop, we ran all our tests in the laptop’s vanilla state with no OS optimizations done. All testing was done at an ambient temperature of ~28C without air conditioning.

First, let’s look at the CPU synthetic benchmark Cinebench. The Legion Y540 is on par with other Intel I7-9750H based laptops we’ve tested. 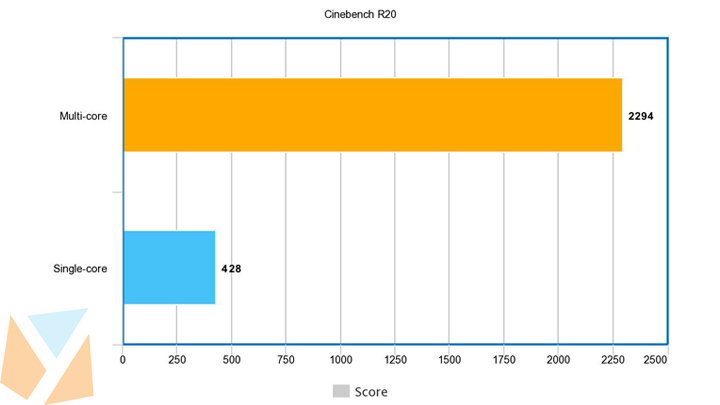 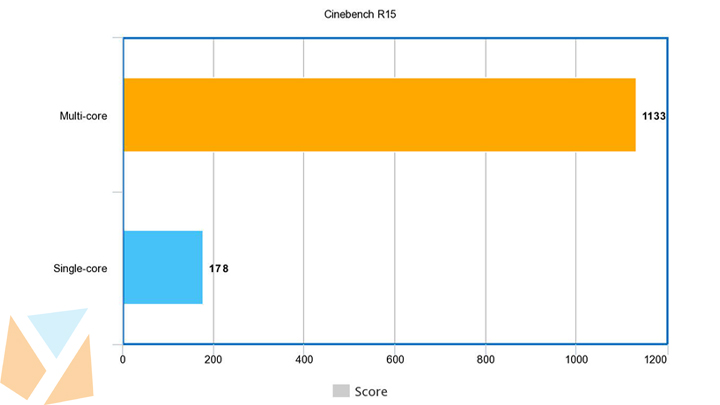 Next, we have the Unigine benchmarks that test out the laptop’s GPU performance. Surprisingly, it beat out the Legion Y545 and even the Dell G7’s scores despite using a weaker graphics chip. 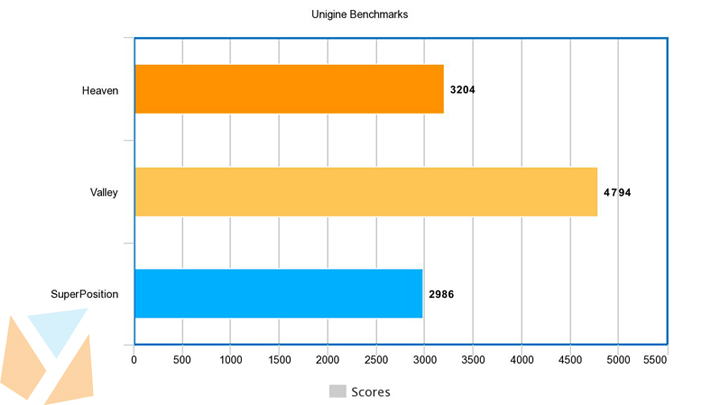 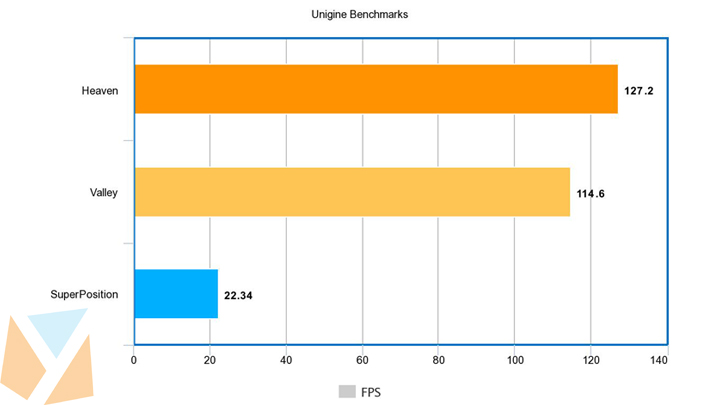 For the next round of synthetics, we ran the laptop through 3D Mark’s Fire Strike and Time Spy to test how well it handles DX 11 and DX 12 games, respectively. 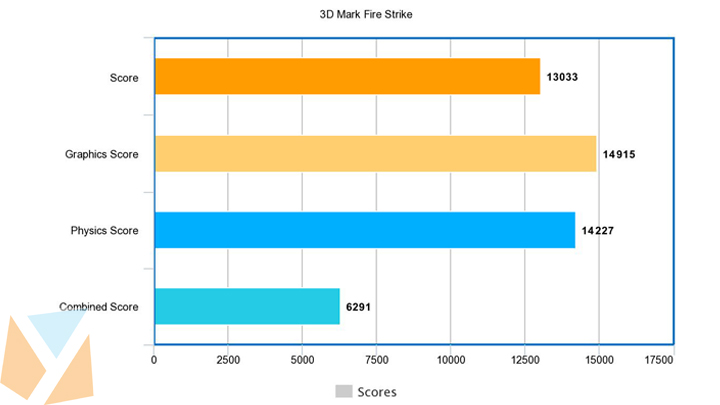 Moving onto real-world resource-heavy titles, we have Shadow of War, Shadow of the Tomb Raider, Ghost Recon Wildlands, and World War Z. All games ran well, with smooth frame times and minimal stuttering. 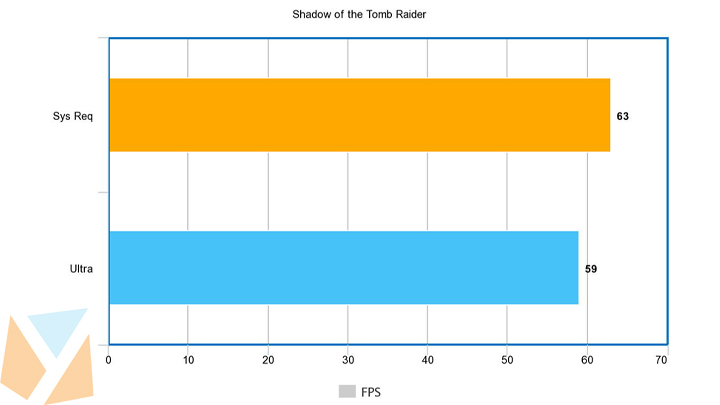 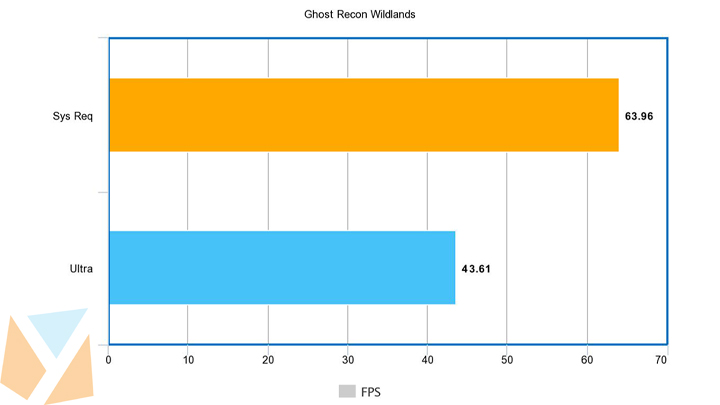 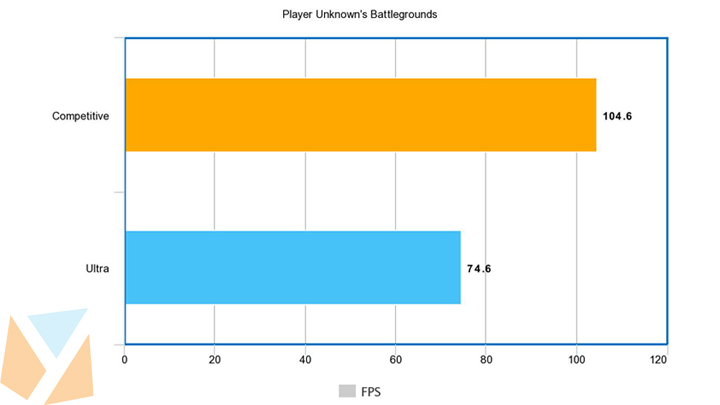 The SSD that Lenovo put in the Legion Y540 is blazingly fast. It’s able to boot into Windows in just 3.5 seconds, even with a lot of apps enabled in the startup. 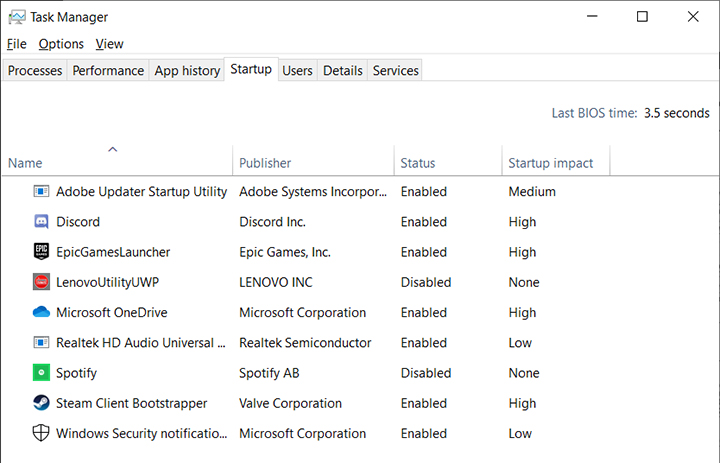 Taking a look at thermals, we ran the Aida64 stress test, taking note of peak and sustained temperature, as well as the average clock speed the CPU can maintain when under heavy load. 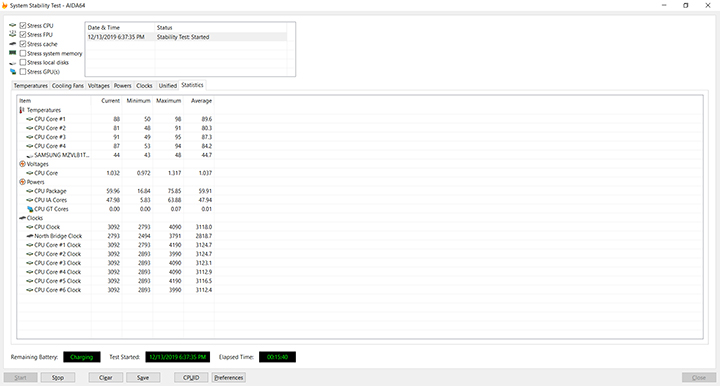 After around 15 minutes, we can see that the Legion Y540 is a solid performer, able to sustain around 3.2GHz even with the CPU, FPU, and Cache being under full load. The hottest core was recorded at 96°C but throttled down to a much more comfortable 89°C temperature. Since Lenovo used plastic, the body kept cool as well, with only the keyboard feeling a little warm.

Doing our standard battery test of 1080p video loop with 50% brightness, 50% volume, headphones plugged in, and airplane mode, a full charge on the Lenovo Legion Y540 lasted for 6 hours and 48 minutes. Charging the laptop from 0% to 100% took around 1 hour and 48 minutes. The Legion Y540’s battery life performed great for its class, almost doubling the Y545’s 3 hours and 36 minutes of battery life.

For the price tag of PHP 89,995, it’s hard to suggest this variant of the Lenovo Legion Y540. It’s only PHP 5,000 less than the Legion Y545, and you’ll be spending more money down the line upgrading the RAM, further reducing the price gap. If you had the budget, we’d recommend you go for the Legion Y545 instead, and you’ll be getting a far better display capable of high refresh rates, twice as much RAM, and a more compact body. 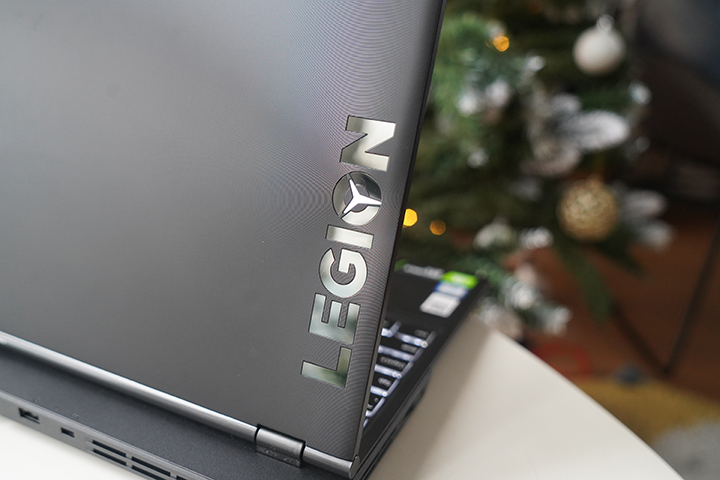 That being said, if you are on a tight budget, then the lower variant equipped with an Intel Core i5-9300H and GeForce GTX 1650 offers more value at PHP 64,995. The latest games are still playable on the weaker GTX 1650, although you would have to turn down some things in the settings.