Just last month, Google reported that their latest Android version that’s available to the general public (because Android N is just around the corner) is now enjoyed by 10.1% of Android users around the globe. And it’s that time of the month again to see how the version is keeping up. 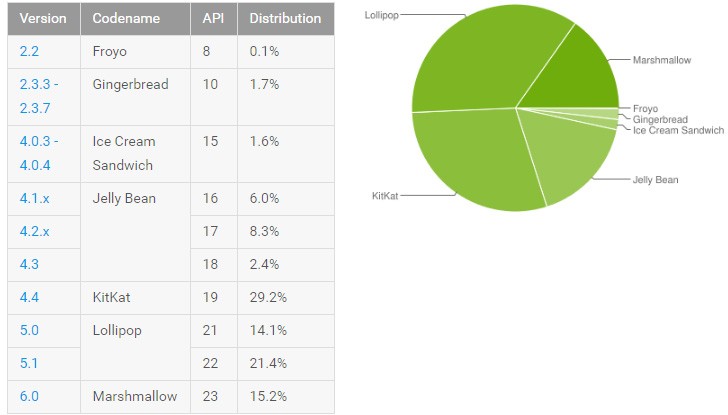 With Android 7.0 Nougat in a few month, we can’t help but get disappointed on how the update is rolling to Android devices. Google is not the main culprit here since the manufacturers tend to customize their own Android version for the devices  which causes too much delay. Hopefully, in the coming versions, all Android users can enjoy the latest update flavor available as soon as possible.