One of the most important factors when considering a new smartphone is its battery life. And while usage behavior will vary from person to person, there are several ways to create a standard form of measurement.

Higher battery capacity does not always equate to longer battery life. In this chart, we used PC Mark Battery Test to gather the approximated battery life of each of the smartphones included in this list (recent update is April 1, 2017). 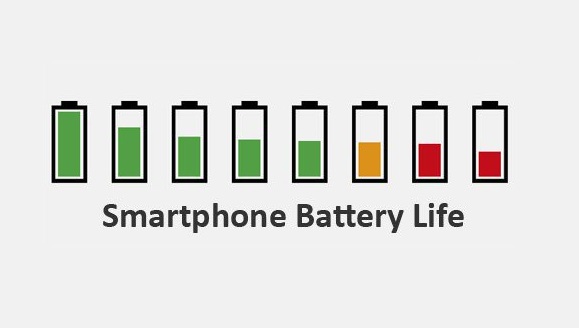 * Update: We’re also including phablets and tablets into the list. We will also add our standard video loop test as a secondary data set.

We used PC Mark Battery Test as it is more or less standardized and simulates normal usage behavior like web browsing, photo and video playback, gaming and file manipulation. The resulting time is not exact but merely a representative of their relative performance with each other.

We will be updating and using this chart every month to include more devices as we test them.

How about the samsung galaxy a11?

I’ve tried it on my S8+ and gave me a result of 6hrs and 7mins, with full brightness on and everything else turned off. I think it’s too low, should my brightness be set somewhere in the middle?

I’m really disappointed on how it performed given that some of the tests I’ve seen goes beyond 8hrs.
Don’t know if something’s wrong with the phone, but it’s only 2 weeks old.

Can you share me the settings used when you tested the s8+?
Wanted to try it again with your settings as my basis.

Ahh, well looking forward for the next update of this article. Im looking at these two phones for my next smartphone upgrade. Anyway, more power to u guys ????

What is wrong with the zenfone 3 zoom thats why Pcmark battery test crashes? I read it in yugatech review too. Please also include the f3 plus. Im curious how it fares against the competition. Great job on this article by the way. It was very informative.

Ah ok thanks abe, is there something wrong with the zenfone 3 zoom thats why it crashes? Please also include the f3 plus. Im also curious how it fares against the rest. Im checking back on this article every now and then for reference. Great job guys. Hope u keep it up!

We’re still working on it. I think it’s a firmware issue that we’ve also encountered with a few other devices before.

Hi why is zenfone 3 zoom not in the list? I’m curious to see how it does as zenfone 3 can manage to get 13hrs with 3000 mah because of the snapdragon 625.

We’re still working on it. The app crashes every time we try.

how about oukitel k10000? Reviews say that it lasts for a week. This phone has a 10000 mah battery. I really want to see. I’m sure you would be excited to test such phone.

So this means that Mediatek-based devices are really inefficient devices.