Apple is the world's top phone manufacturer for Q4 2016

Apple is the world’s top phone manufacturer for Q4 2016

Apple was the number one smartphone manufacturer in the world during the last quarter of 2016, according to the latest report from market research firm Strategy Analytics. 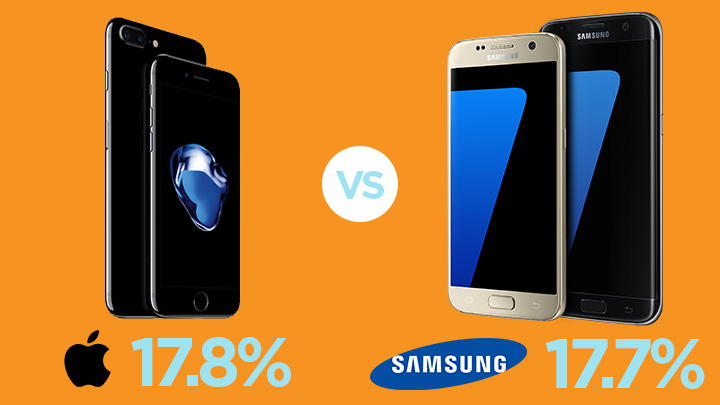 For the first time in five years, Apple beats its closest rival, Samsung, when it comes to global smartphone shipments in Q4 in 2016. The report reveals that the iPhone creator shipped a total of 78.3 million smartphones with a 17.8% market share. 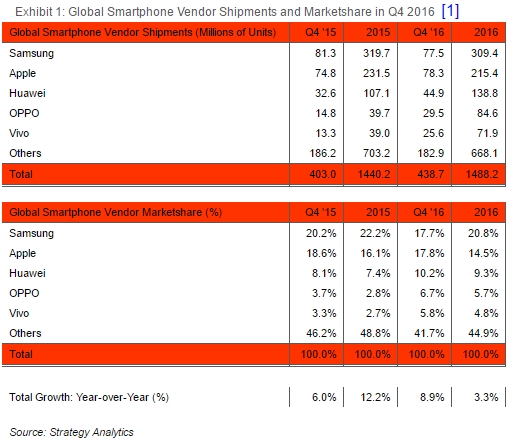 Samsung, not far behind, shipped 77.5 million units in the quarter or a 17.7% share of the global phone market. Placing third is Huawei while sister companies OPPO and Vivo ranked fourth and fifth, respectively.

Although, for the whole year, Samsung still trumps closing 2016 with a strong 20.8% vs 14.5% of Apple. Looks like the ill-fated Galaxy Note 7 is to blame for the South Korean’s year-end tumble.