We finally have close-up shots of the Asus Padfone 2. While this is not the fist time we’ve seen the handset (first time was in San Diego back in November with one of the Russian delegates), this is was more close-up and hands-on. 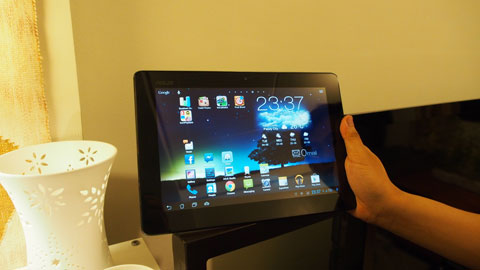 This tme though, we also got to see the tablet that came with it. Asus has definitely made a lot of effort to make this smartphone-tablet combo more manageable, shaving off a few milimeters to make it thinner and lighter than the previous generation. 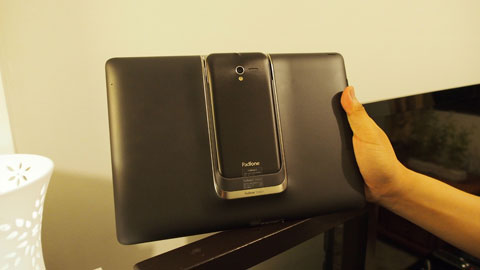 The tablet is also much thinner now, especially the sides, though the middle part still protrudes a bit due to the slot intended for the phone. A micro-USB connector and two small circular tubes keep the PadFone 2 in place so it doesn’t slide out or wiggle in place. The handset looks almost identical to the older Padfone and one might have a hard time distinguishing one from the other even at arms length (unless of course you put them side by side). The Super IPS+ panel is brighter, crisp while the colors are even (the first Padfone has that greenish-yellowish tinge to it). The Padfone 2 sports one of the best hardware configuration in a smartphone and matches evenly with that of the Google Nexus 4. 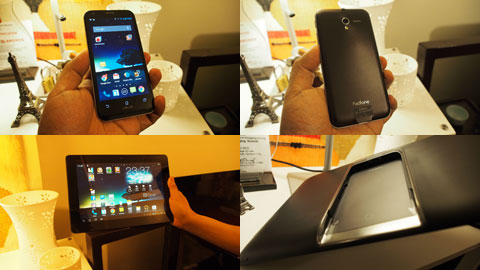 While the internal (and non-removable) battery is only rated at 2140mAh, you always have access to the 5000mAh internal battery of the tablet which automatically re-charges the phone every time you plug it in.

We were hoping the display of the tablet would also be an Super IPS+ and has full HD resolution like the Transformer Pad Infinity but Asus did not focus much in that area compared to the phone itself. We weren’t able to do our usual benchmarks but based on the short time we had with the unit, the phone is very fluid and performance is impressive.

Asus is yet to release the Padfone 2 in the Philippines (and we hear it will be thru a local telco and on a plan, not sure if it will be the LTE version though).