You are reading the title right — Cherry Mobile has released a new device that features alphanumeric keys and Google’s Android operating system right out of the box. 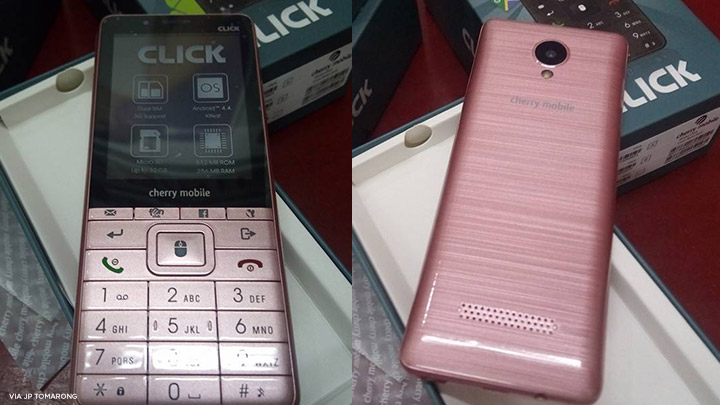 It’s called the Click, and powering it is a dual-core chip and Android 4.4 KitKat. What’s really interesting about this device is that the company managed to squeeze in the whole Android OS on a 2.8-inch display, but is deemed to be controlled with a pointer as illustrated on its four-directional navigation key and the mouse click button at the middle. There are also dedicated shortcut keys for messaging, Facebook, mobile browsing, and the brand’s own Fun Club app.

Cherry Mobile also has a device back in 2013 of the same name but is a touchscreen device featuring Android ICS. As seen on a retailer’s profile, it’s now being rolled out in Cherry Mobile stores and Kiosks sporting a Php1,499 price tag.