Doogee surprised the masses when they announced the successor to the Mix, the Mix 2, late last year. Then, it received some kind of “mini release” before becoming fully available back in December. This is the company’s first contender in the 18:9 display market, although the Mix did feature an almost bezel-less setup. In any case, here are our initial thoughts on the device. 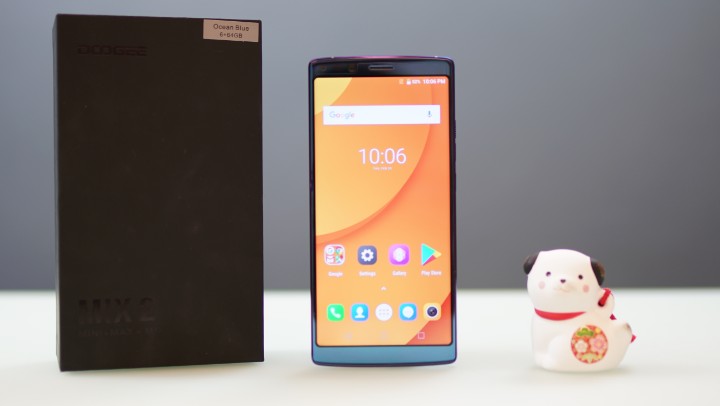 The Doogee Mix 2 is definitely a looker and takes a different design route than most 18:9 devices we’ve seen on the market lately. It still has those rounded edges but it has a more boxy feel, largely due to its size. Not to mention, the very glossy all-around finish. Speaking of size, the Mix 2 is one big device. The company did nothing to hide the fact that you’ll be holding a 6-inch phone. Although that’s not necessarily a bad thing. 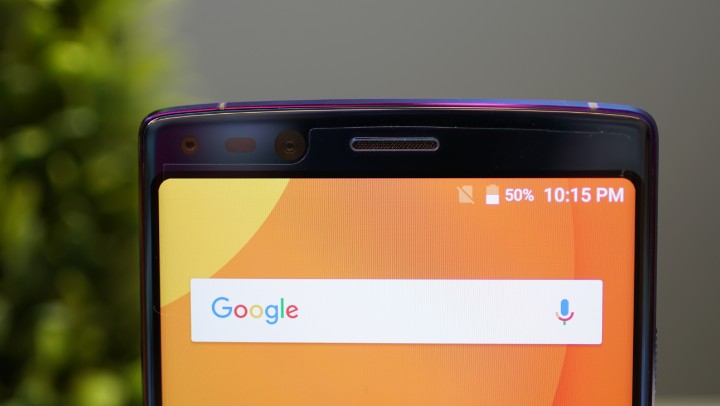 Up front, you’ll be greeted by a monstrous 6-inch 18:9 aspect ratio FHD+ display. Just above it are the dual 8MP 130-degree + 8MP 88-degree front cameras, speakerphone, and sensor. The bottom is left bare as the Mix 2 uses on-screen navigation.

The right side of the device houses the volume rockers and power/lock button while the left side is noticeably absent of any ports, slots or buttons.

Up top, we have the Hybrid Dual SIM card slot. Though, it would’ve been nicer if it had a dedicated microSD slot. 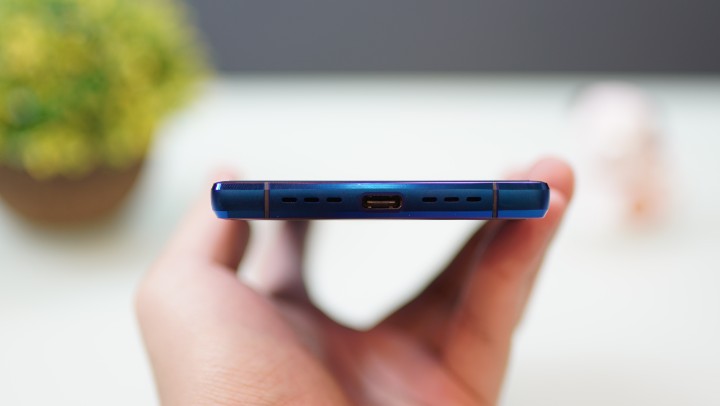 Down below, we have the USB Type-C port and two speaker grilles. 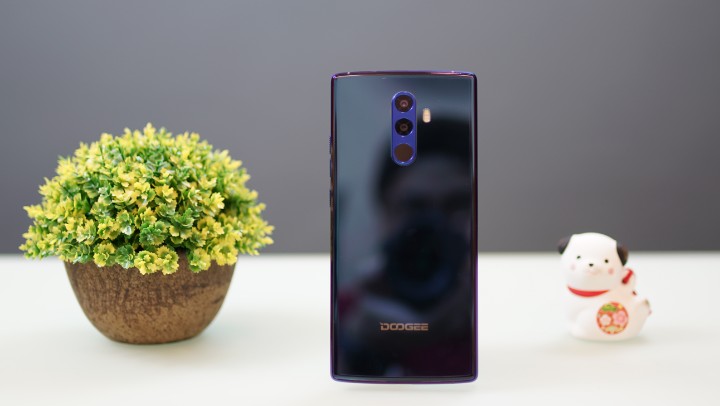 Flip it on its back and you’ll see the 16MP + 13MP dual rear cameras with LED flash and the fingerprint scanner. Just below these is the Doogee logo. 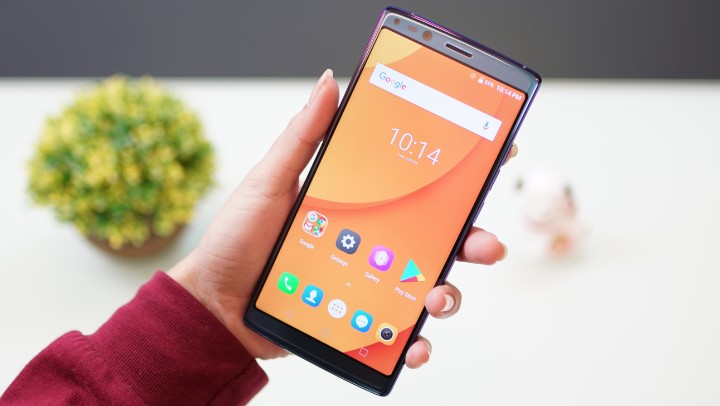 The Doogee Mix 2 is not just a large device, it’s heavy too. You’ll notice the weight the moment you hold the device. Although, all that weight is sort of understandable due to the internals it carries. Despite the size and weight, the Mix 2 actually looks and feels premium. The Ocean Blue color fits the device well and gives off an elegant aura. 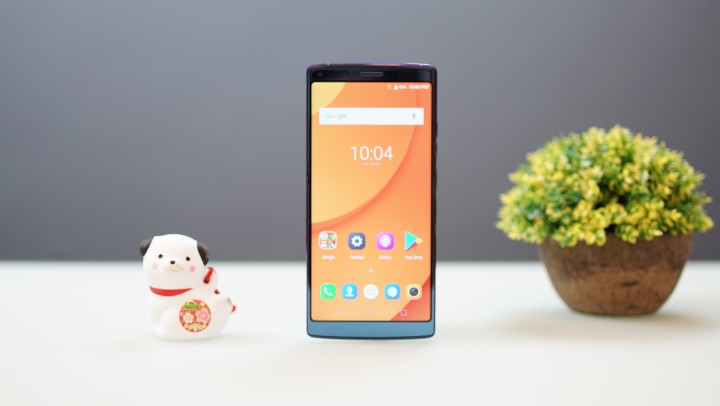 Even though the overall finish is glossy, to the point that you could use the back as a mirror, it doesn’t attract that much fingerprint or smudges. In fact, you could easily wipe any smudge just by using your fingers or you could use the included hard case, which also looks nice. 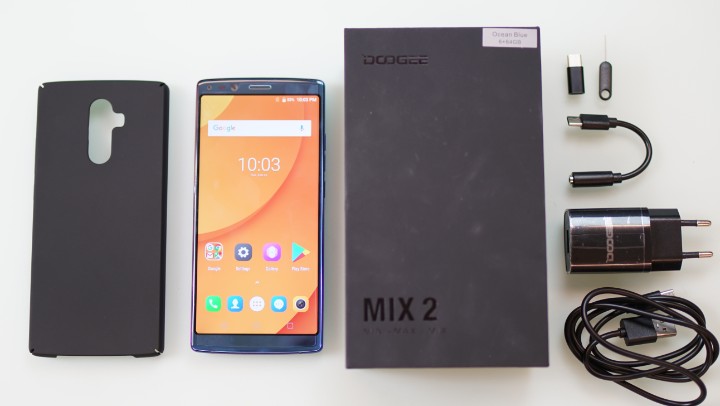 The Mix 2 foregoes the use of a 3.5mm audio port but luckily Doogee added a USB Type-C to 3.5mm dongle in the package. You’ll also be given a USB Type-C to microUSB adapter, which is pretty neat. The only downside is that in exchange for all these accessories, you’ll have no stock earphones. We’ll be testing the device in full in the coming days, so stay tuned for our review!

The Doogee Mix 2 is available for order at Lazada for Php 12,995 (see listing here).