HTC One Mini now official: the more compact One

HTC One Mini now official: the more compact One

Following the success of HTC’s current flagship phone, the Taiwanese company now decides to release a more compact variant without having much compromise – the HTC One Mini. 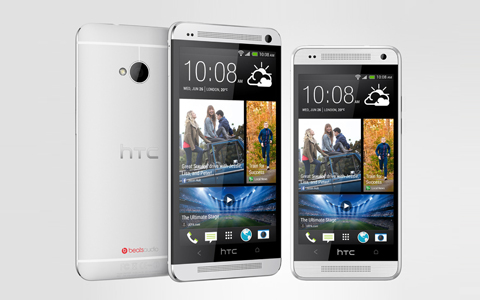 The HTC One Mini still features the lovable things in the original One, namely the all aluminum unibody design, the UltraPixel camera and the front-facing speakers powered with BoomSound. The display size is now also down to 4.3-inches, and the resolution is decreased to 720p. Nevertheless, it’s still SuperLCD and the pixel density is still high on 342ppi.

On the downside, the CPU is only a 1.4GHz dual-core Snapdragon 400 partnered with 1GB RAM. Apart from the meeker engine, HTC also omitted some features that are present on the One like the IR Blaster.