Huawei is set to launch the Mate 30 series soon and with it comes the rumors that the Mate 30 Pro will be sporting dual 40MP cameras with large sensors. 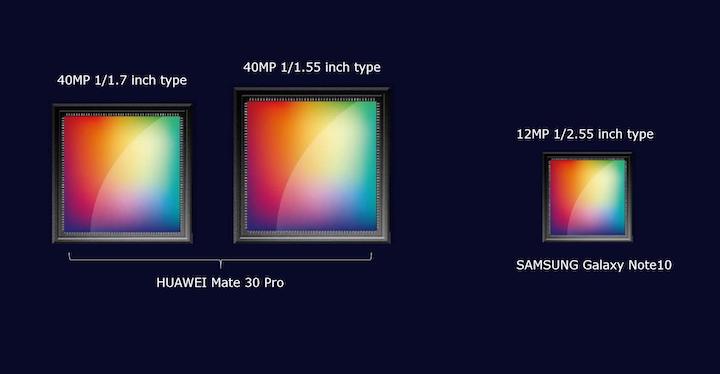 According to the rumors, the Mate 30 Pro will have a quadruple-camera setup on the rear, with two of them being 40MP shooters. Ice Universe (@UniverseIce), a known insider, posted a picture comparing how the Mate 30 Pro’s large sensors will blow out the upcoming Samsung Galaxy Note 10’s camera out of the water.

Not much is known yet about Huawei’s upcoming Mate 30 Pro. The smartphone lineup is expected to launch around October 2019.

There seems to be a lot of people who don't know how big the gap is. I'll draw a picture to tell you that, in fact, Note10 has no chance of beating Mate30 Pro in terms of camera hardware. pic.twitter.com/f8W2kSTLqk