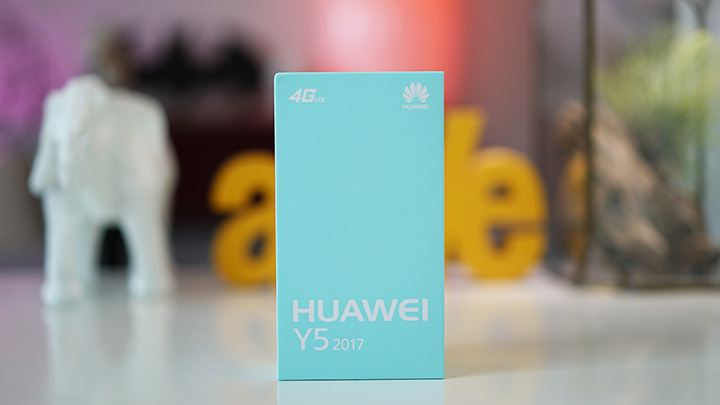 The structure of the Huawei Y5 2017 does not have any rough edges. It is also thin and light, so you won’t have to worry carrying it inside your pocket. It sports a 5-inch glass display and has slightly thick bezels on its sides which we didn’t like. The back panel of the Y5 2017 is made up of polycarbonate material but the dimpled back cover of the smartphone offers good grip that prevents the phone from easily slipping from your hand. 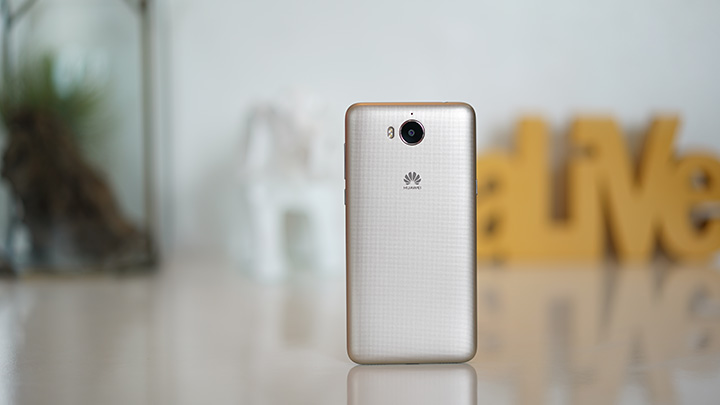 There are no buttons to press on the front panel which is good, from a personal perspective, to avoid random button presses and accidental opening of applications while inside your pockets or bags. 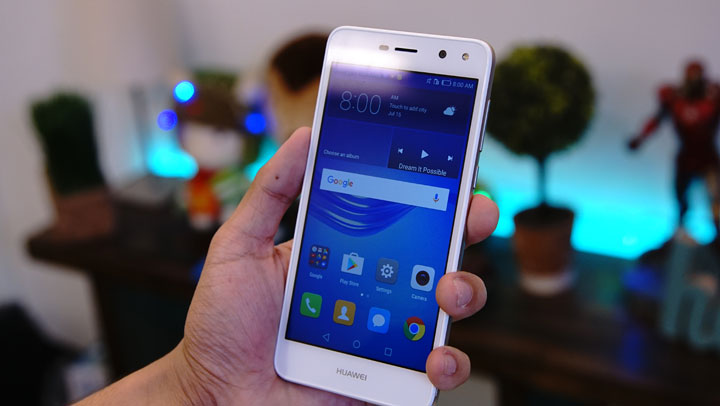 The 8MP AF rear camera has a dual-LED flash which provides additional lighting for your shots. 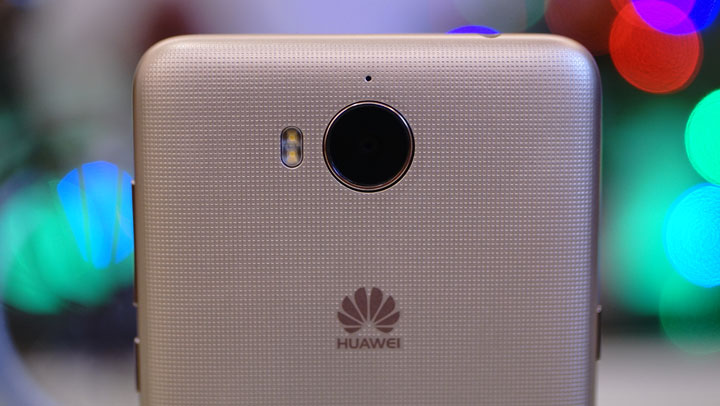 It has a 5MP front camera accompanied by a LED flash. Who doesn’t want to take a selfie without any lighting especially at night and dark places, right?  It also has sensors in front to detect if there is something blocking or covering the top part of the smartphone. 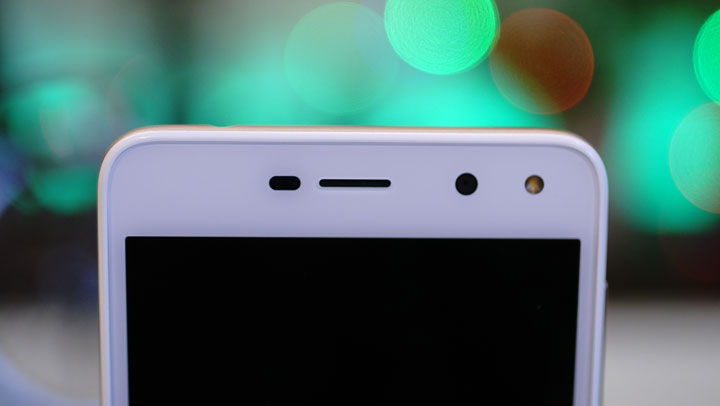 Aside from the power button and volume button at the right side of the phone, you can open its back case as well from this side. 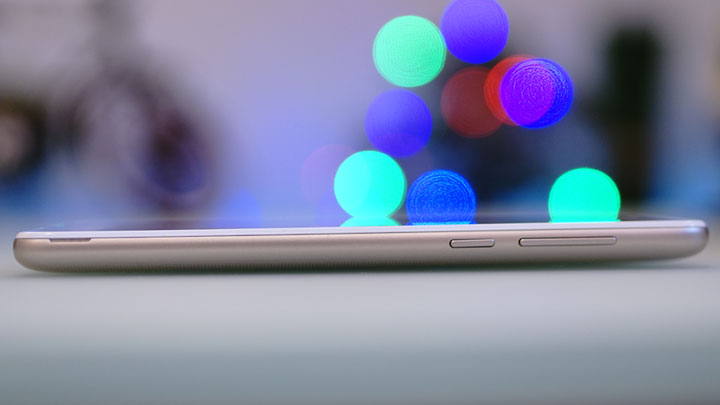 On the left side, you’ll see a customizable button in which you have to long press in order to launch an app. 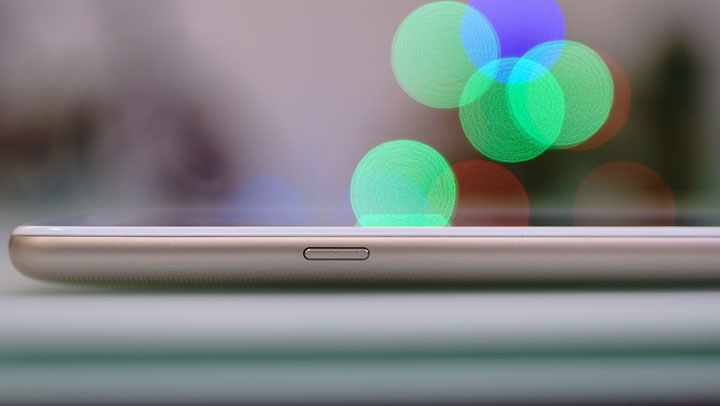 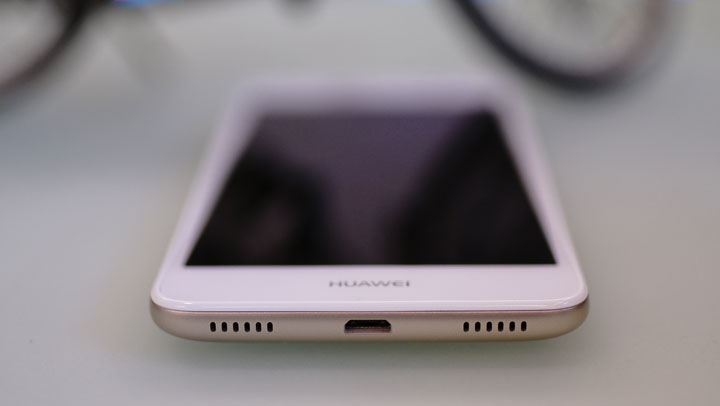 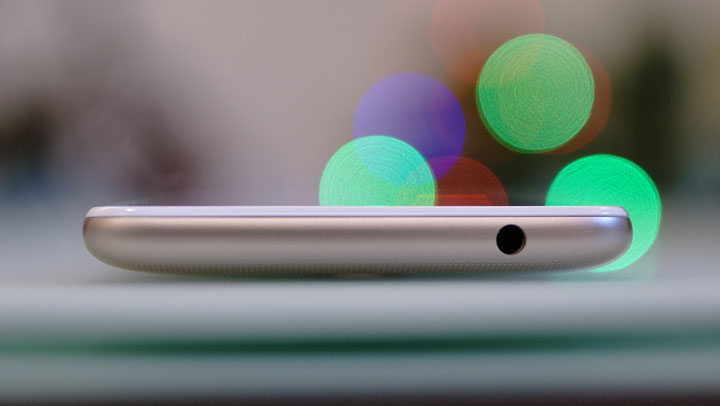 Upon opening the back case of the smartphone, you can immediately see that its 3000mAH battery is covered with metal plating that is screwed to its main body. 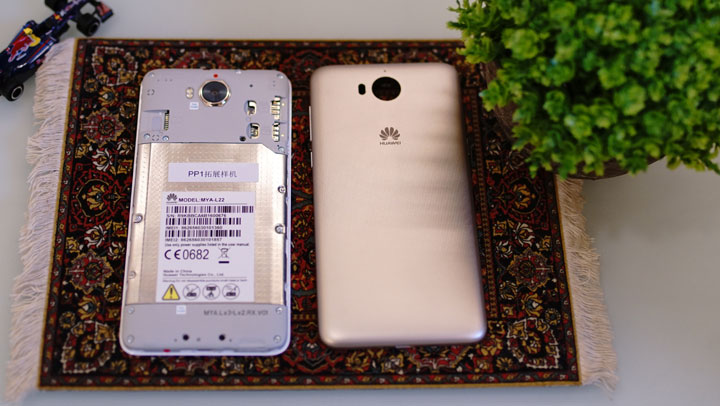 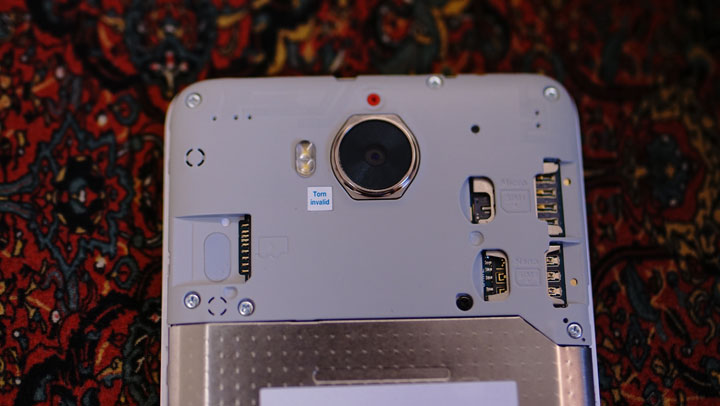 With the back cover removed, you would be able to clearly distinguish the micro-USB port along with the speakers (right side) and the microphone (left side). 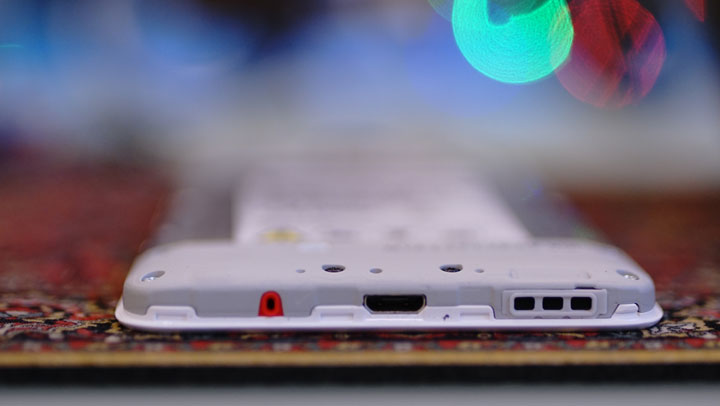 The phone has a 5-inch HD (1280 x 720) IPS LCD display which gives off a more natural color than other display types. The smartphone also supports multi-touch which you can enable in the settings. The smartphone has an auto-brightness feature that allows the phone to adjust its screen brightness based on the available light from its surroundings. For users who read under direct sunlight, the screen can be easily seen due to its high brightness capacity. 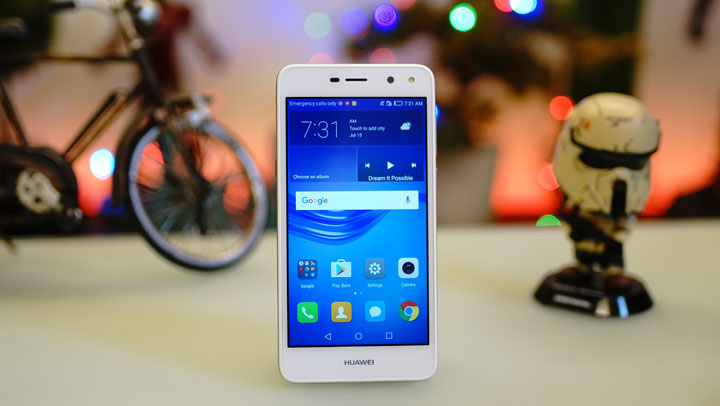 Videos can be played up to 720p resolution without having frame skips. The sound quality is loud and crisp but it still depends on how you hold the phone; it is possible to block the speaker sounds while using the phone in a landscape orientation.

The Y5 2017 runs on Android 6.0 Marshmallow which offers better battery optimization, security, and permission controls on the smartphone.

The EMUI 4.1 does not include an app drawer so all applications are located outside. There are not many pre-installed applications aside from the usual Google package but there some social media applications that are already pre-installed such as Facebook, Messenger, and Instagram. There is also a theme store for your own design preferences and the majority are free to download. 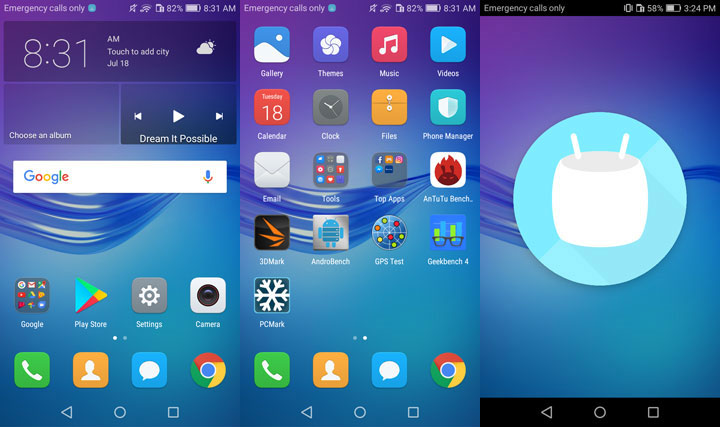 The device has an internal memory of 16GB. Deducting the pre-installed applications’ sizes and OS, this leaves you with approximately 10GB of usable storage. If you are going to use this for stocking files/images/videos/games, we recommend that you use an SD card to cover for its lack of internal storage.

As mentioned earlier, it has a customizable button dubbed as the “Easy Key” that launches an app when you long press it. The default app is Google Search but you can find change this option under the device’s settings.

The rear camera has 8MP, an auto-focus, and f/2.0. It doesn’t have a manual mode but it has a Pro-mode wherein you can adjust its White balance, ISO, Exposure, Saturation, Contrast, and Brightness. It also has geotagging and face detection. There are 4 main modes in the camera: Beauty, Photo, Video, and Timelapse. The camera also has a filter choice for your enjoyment. 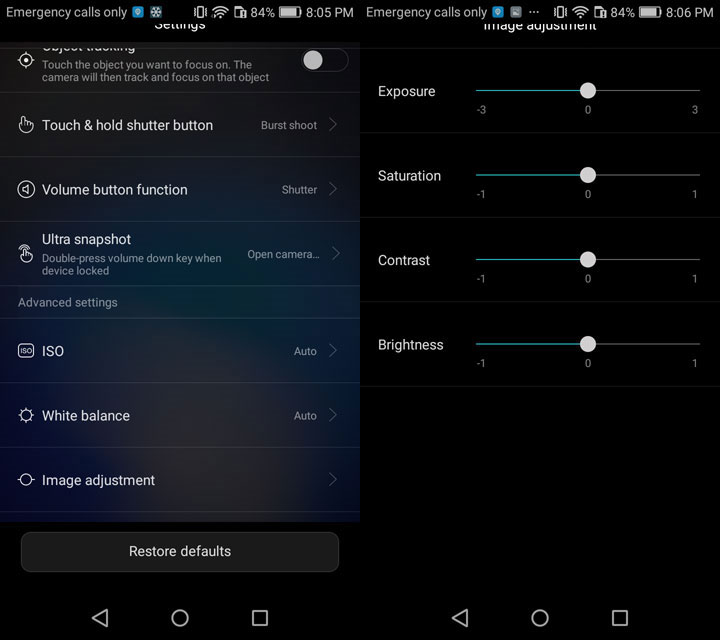 Here are some sample photos from the rear and front camera.

The rear camera has some instances where colors appear pale or washed-out but despite that, the image quality is still considerably clear and good. For the front facing, photos are slightly grainy but nevertheless, still pretty good.

For the video recording, it can shoot on 1280 x 720 resolution at 29fps. See the sample footage that we took at different environments.

Under bright lights, the camera could not get into full detail or focus on the shape or letters. However, it adapts quickly if there is a bright light detected in its lens. All-in-all, the camera has the capability of shooting good quality and HD videos.

The Huawei Y5 2017 is a budget smartphone which means you can only do so much with it but comparing it from its predecessors, Y5 and Y5II, you can definitely see a good leap in terms of specs. The smartphone is powered by MediaTek MT6737T 1.4GHz quad-core and 2GB RAM. We are not expecting much from the chipset but it is enough to provide an almost smooth and responsive performance on the smartphone.

One thing to note is that during fast typing on its keyboard, some key presses could not be registered in messaging. We’ve experienced also delay on launching and closing an application.

As for gaming, Mobile Legends runs smoothly on low graphics and it still playable on high graphics. However, there is a noticeable quick warming up of the device upon being used for games in just 20 minutes. 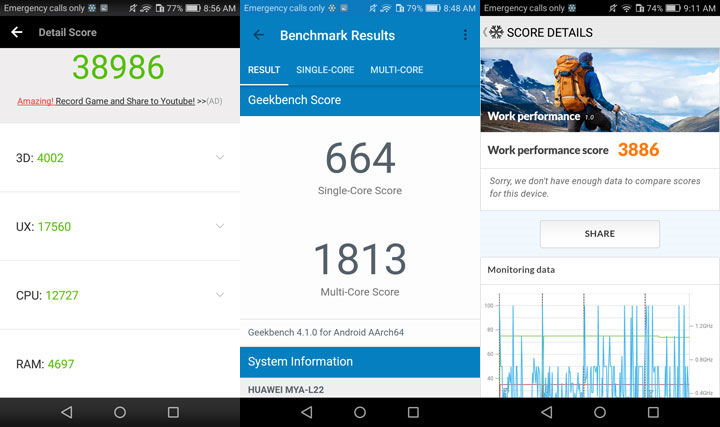 Here are the benchmarks scores we got from the device:

One noticeable issue is that when we tested the smartphone in 3DMark, it does not complete its testing and hangs on the second loading screen.

The LTE, Wifi, Bluetooth, GPS are all covered in this smartphone. The first SIM slot supports 4G while the second SIM slot only supports 2G. 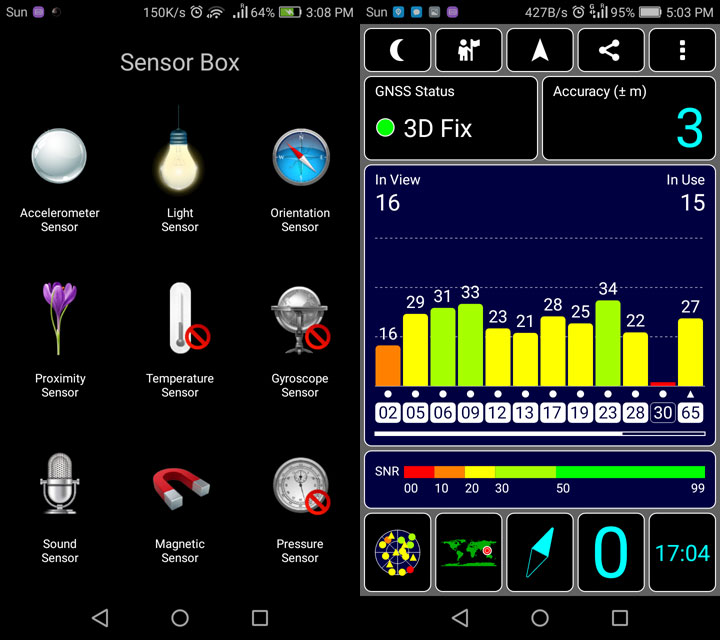 As you can see from Sensor Box, Gyroscope Sensor, Temperature Sensor, and Pressure Sensor are not included on the smartphone. Using navigation apps such as Google Maps and Waze works fine. We never had any problem with the call quality, signal, and mobile data as long as we are in a good spot with good signal strength.

The battery life of the Y5 2017 is long since it has a 3000mAH battery which gives you more time to play games, watch videos, browse the web, and take photos/videos, however, the smartphone does not have fast charging capabilities. Running the PCMark’s Battery benchmark marked the smartphone at 9 hours and 25 minutes with 19% battery left to consume. For a budget smartphone, the battery life is commendable already. 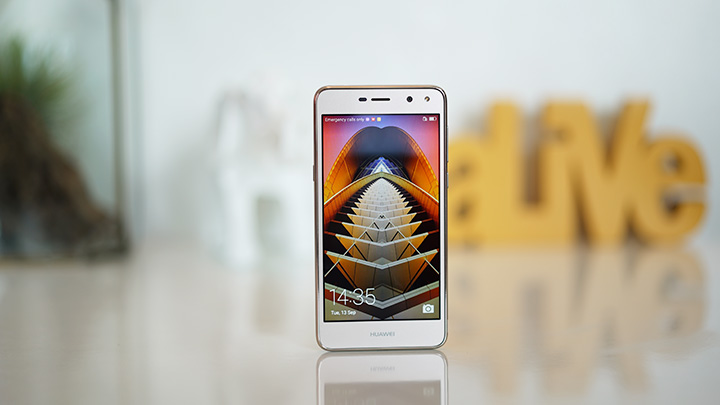 If you are searching for a smartphone with a decent performance and a decent camera quality, the Y5 2017 is definitely among the top contenders for budget smartphones out there on the market and I would personally recommend this to you.

My unit still in warranty when display collapsed (6monthts only), confidently brought it to huawei service center to find the cause of problem to fix, but unfortunately after the result, they told me it is a human cause of damages, they say it have a moisture inside in some part of unit, so meaning, it result to void of warranty, but in my part, honestly, i use only eyeglasses dry cloth to wipe it, how come the moisture entered inside, after calm conversation to depend using my unit, they not agreed to replace d affected part without any payment (almost 3/4 of the price) very embarrassing. HUAWEI you bring injustice on my part..

Is this better than the Nokia 3?

I have a 3-year old huawei honor 6. My mom is giving me a new huawei Y5. Do I just keep my old phone or take the huawei Y5?

no small screen that pop ups to preview new text message. how to fix it?