Lenovo has just officially launched their complete line of Vibe K5 series, three to be exact. Let’s take a look at the base offering the brand has for the mass market, the Lenovo Vibe K5. 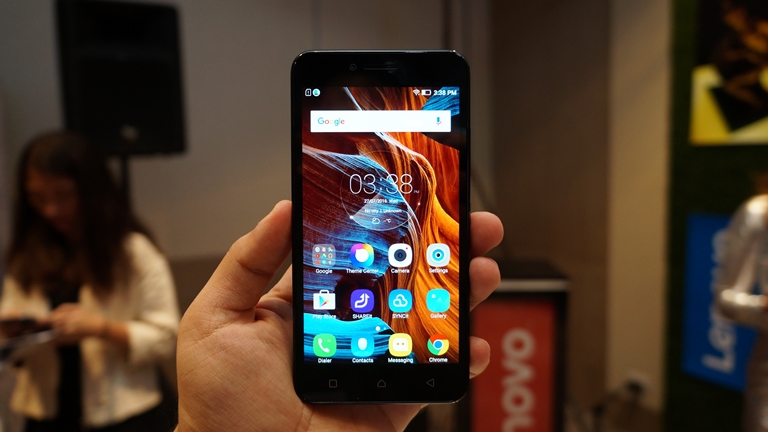 The Vibe K5 holds the base name for all the models in the series and it’s also the cheapest of the bunch. It’s a got a 5-inch HD display up front that’s clear and has pretty good saturation. It’s an IPS LCD panel so it’s no surprise that it’s got wide viewing angles and above average picture quality. Above the display is a 5MP front-facing camera for selfies, the earpiece, and a couple of sensors. The three capacitive buttons below are for UI navigation and are unlit. Going to the right side, there’s the volume rocker and the power/lock button while on left side is voided of any ports or buttons. The bottom end of the device is also free from clutter except for the microphone pinhole leaving the top to house the micro-USB port and the 3.5mm headphone jack. The rear of the Vibe K5 is a combination of aluminum and polycarbonate with the 13MP, single LED flash, and back-firing stereo speakers enhanced by Dolby Atmos. It’s a removable panel giving access to the 2750mAh user-replaceable battery and Dual SIM plus microSD card slots. The inclusion of metal on the rear cover gives the budget device a slight premium touch. Although, do not fret about the build quality as the device is pleasant and solid to hold. 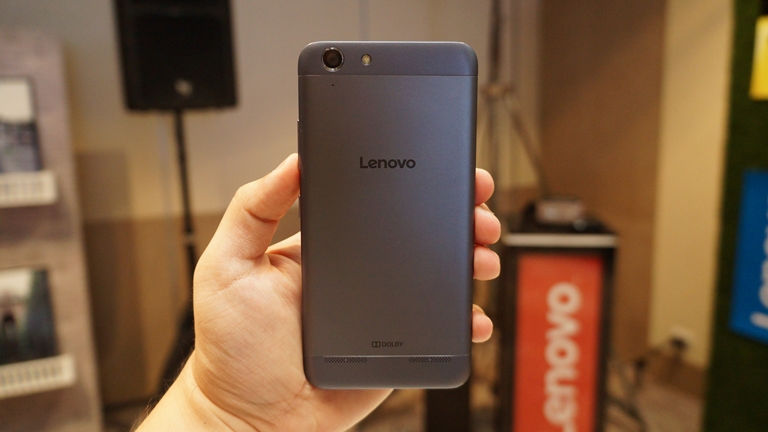 The smartphone is powered by a Qualcomm Snapdragon 415 octa-core processor clocked at 1.4GHz. It’s paired with 2GB of RAM and 16GB of expandable storage. It’s a pretty low setup but in this range it’s more than adequate for everyday tasks. The Android version is just 5.1 Lollipop, so we hope Lenovo will immediately seed the 6.0 update soon. There’s 4G LTE connectivity, Bluetooth 4.1, GPS w/ A-GPS, and FM Radio as well.

The Lenovo Vibe K5 is now available in retail stores throughout the country for Php 6,999. Available color options are Platinum Silver, Champagne Gold and Graphite Gray (pictured above).