LG has recently announced that it will bring its popular Knock feature found on the G2, G Pad 8.3, and G Flex, to its future smartphones including the L Series II droids released this year.

For the unacquainted, the Knock (formerly known as KnockON) is a software feature that lets you unlock your LG smartphone by simply double-tapping on its screen. The feature was first made popular by LG’s latest flagship phone, the G2, which was then inherited by the G Pad 8.3, and the G Flex. 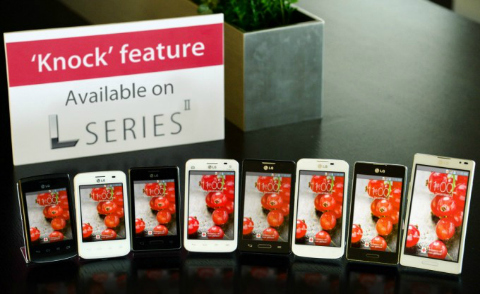 According to LG, the Knock will be included as “a standard feature” in the company’s key mobile devices in the future while the L Series II smartphones will get the feature through a maintenance release upgrade which is slated to be released in January 2014.

The Optimus L Series II smartphones namely the L3-II, L5-II, and L7-II, was launched in the country back in May, with SRPs ranging from Php4,990 to Php9,990. You can take a look at our hands-on of the devices here.