Announced back in October last year, the cheapest of current Lumia devices arrived in the local market about 3 months ago. The Microsoft Lumia 550 is aimed to give budget consumers a Windows 10 Mobile option. With its very modest specifications, can the Lumia 550 steal some spotlight in its range of smartphones? Here’s our initial impression of it. 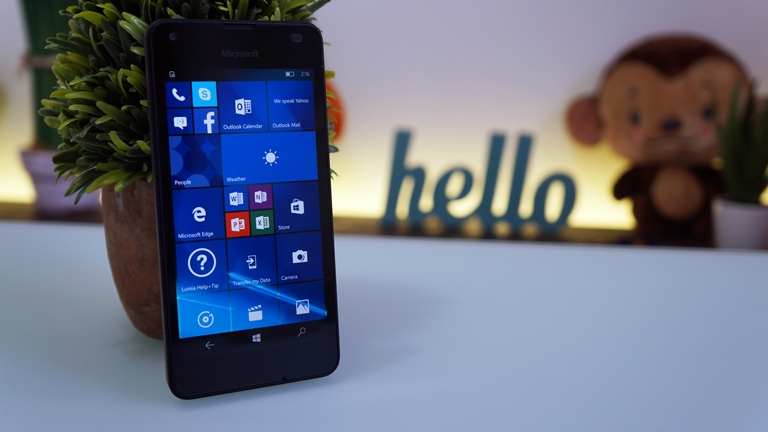 To begin with, the Lumia 550 is one of the latest Windows 10-equipped smartphones from Microsoft themselves. It sits below the Lumia 950 XL, 950, and 650, and also the successor to the Lumia 540. 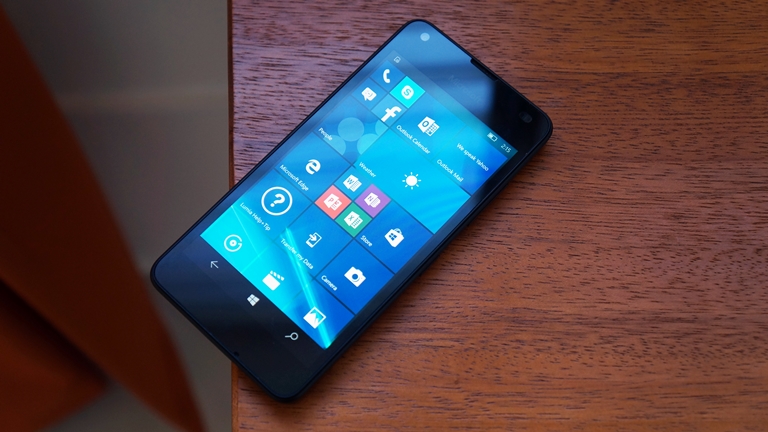 In terms of design, there’s not much going on with the 550. On the hand, it feels like Microsoft did sacrifice in the choice of materials. The black color option we have has a matte cardboard-like texture on its back panel which attracts grease easily (as you can observe from the product shots). We feel like they should have opted for soft-touch polycarbonate just like what they have before. It’s also angular, so gripping it doesn’t exactly feel ergonomic. 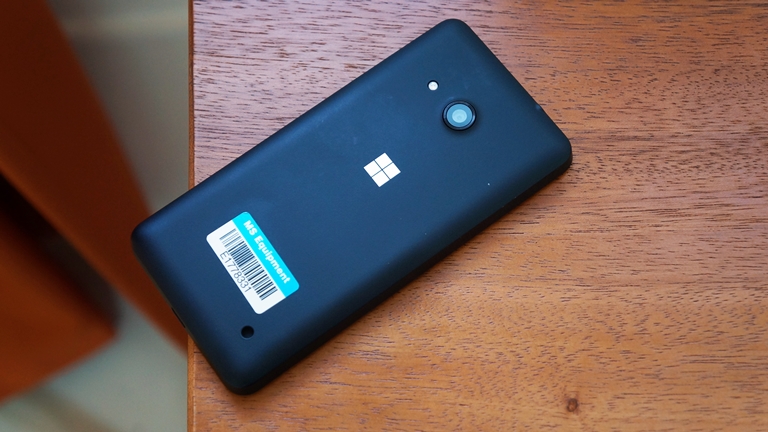 Good thing the 4.7″ IPS LCD panel is of great quality. It has a resolution of 1280 x 720 pixels or at 315ppi of pixel density. It’s sharp and has a good contrast to it. It’s no AMOLED but the black level seems to be good and does compliment the dark theme of the UI well. It’s surrounded by a good amount of bezel that hides the front-facing camera and a couple of sensors. 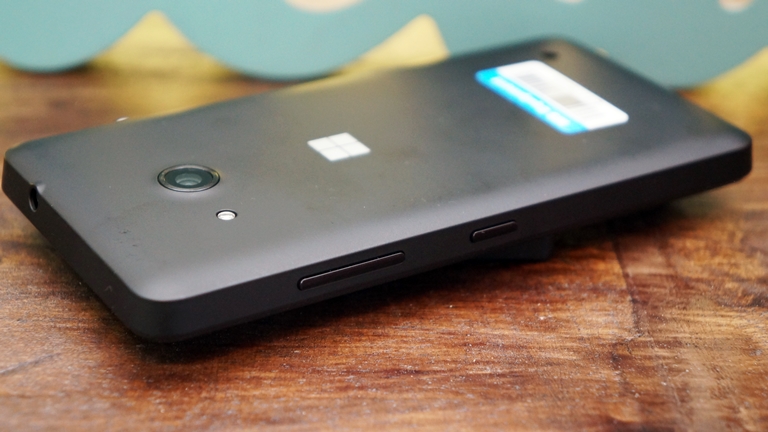 The power button and volume rocker are located on the usual right side of the device leaving the left completely bare. The top has the 3.5mm headphone jack while the microUSB port is located at the bottom end. 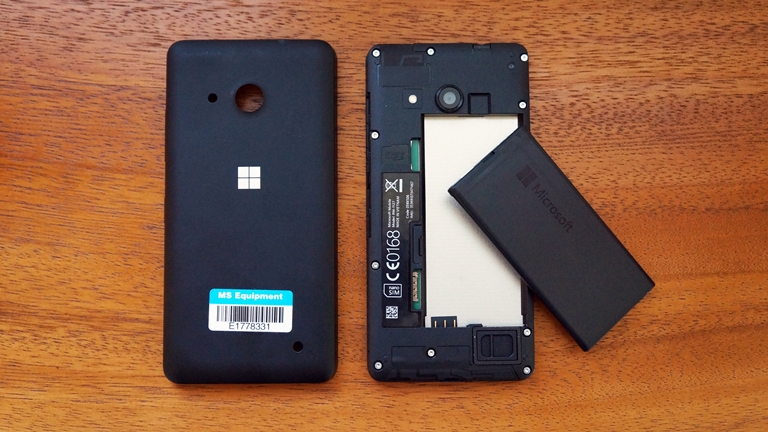 Continuing with the tradition of low-tier Lumia devices, we have a removable shell that gives access to the replaceable battery and the card slots at the back. Since it’s already 2016, Microsoft now requires you to put in a nano-SIM card. For those who are asking, there’s no dual-SIM variant of the 550. 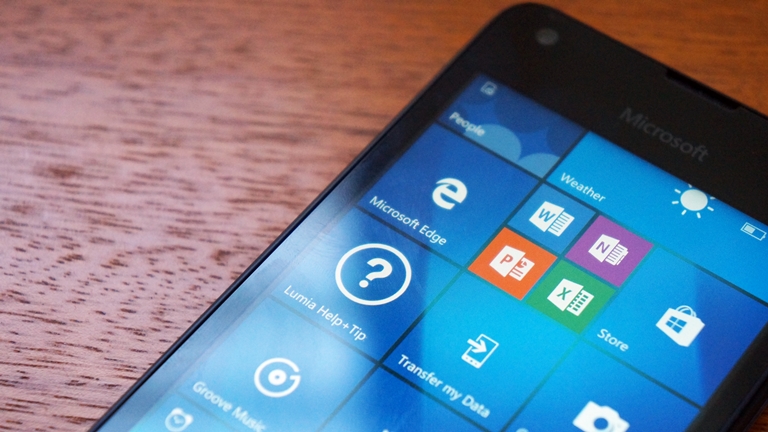 What’s powering this candy bar phone is the inferior Qualcomm Snapdragon 210 with four Cortex-A7 cores clocked at 1.1GHz each. Graphics is then handled by an Adreno 304 while the memory is quite low for today’s demands at just 1GB. Storage-wise, you get 8GB with a dedicated microSD card slot for expansion. Initial usage performance is smooth but it is slow in loading apps and switching tasks. The familiar Windows Phone fluidity is not present here, sadly. 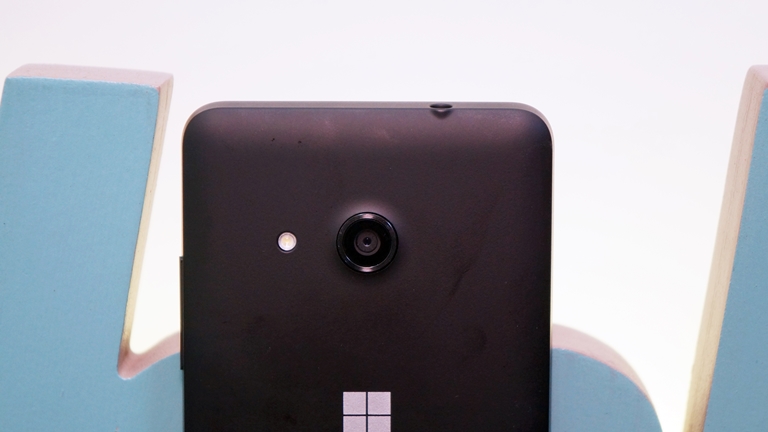 Imaging is handled by a 5-megapixel rear shooter with LED flash and a 2-megapixel selfie camera. We took some few shots in our humble studio and from previewing it on the device, it gets the job done. Here’s a couple of full-size samples:

Indoor selfie with plenty of light

Lastly, before we conclude this first impression, we noticed that the included charger has an underwhelming 5V 500mAh output. Charging the 2100mAh could take some time when used with it, if you have a more powerful charger lying around, you’re better off using that. 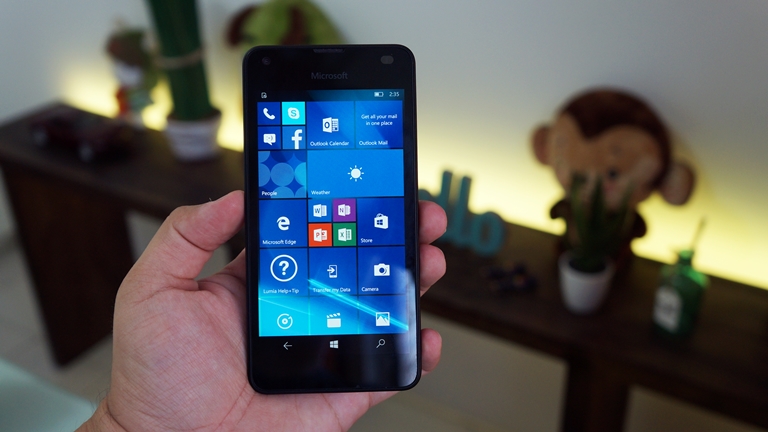 The Microsoft Lumia 550 does give an account that it’s the cheapest among the new Lumias but with a Php 6,490 price tag, it will be quite a hard sell for some who not keen using Windows 10 Mobile as their daily driver. We’ll take the Lumia 550 for a spin, so watch out for the full review. If you have any particular concern you wish to know about the device, hit the comments below and we’ll try to answer it in our review.