Apart from the budget range of handsets from Motorola, its upcoming flagship smartphone also showed up online courtesy of Onleaks. 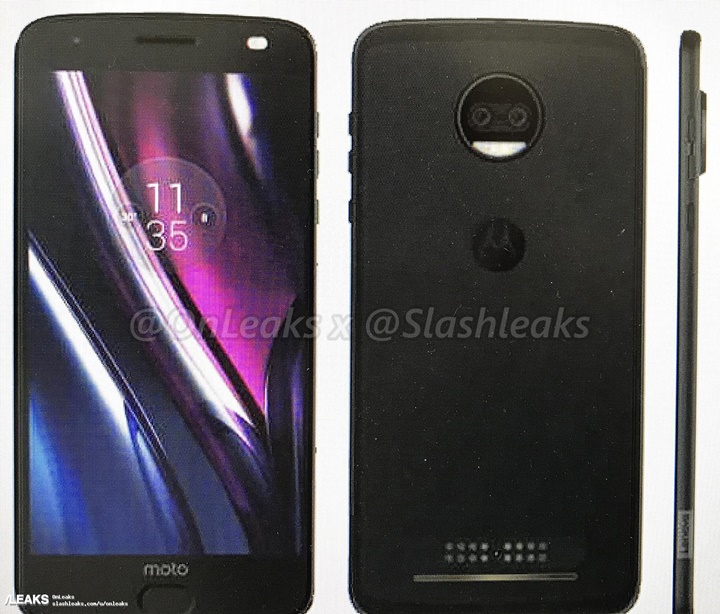 As you can see in the image above, there’s not much difference as with the current Moto Z flagship. Dubbed as the Moto Z2, the upcoming Moto flagship will retain the glass design of its predecessor and support for snap-on accessories or MotoMods.

What’s new is the fingerprint scanner upfront that’s now more rounded like with the Moto G5. The front LED flash also doubled, as well as the rear camera. Moto is jumping to the dual-camera setup but no details yet about its implementation.

Of course, this 2017 flagship will sport the latest specs. Hopefully, it’ll include Qualcomm’s top chipset to date — Snapdragon 835. The leaks are not 100% official, yet, so take it with a grain of salt. We’ll be on the lookout for more Motorola Z2 leaks.