Motorola, under the hands of Lenovo, is already expanding its portfolio for 2017 including these budget smartphones meant for emerging markets. OnLeaks has scored some low-res press photos of the Moto C, Moto C Plus, and Moto E4. Let’s start with the Moto C, which is a new line of Moto handset categorized as budget and low-end. The company already has the Moto E series for this, so we’re not sure what’s exactly Moto is planning. It looks like a basic Android smartphone that just has the essentials. 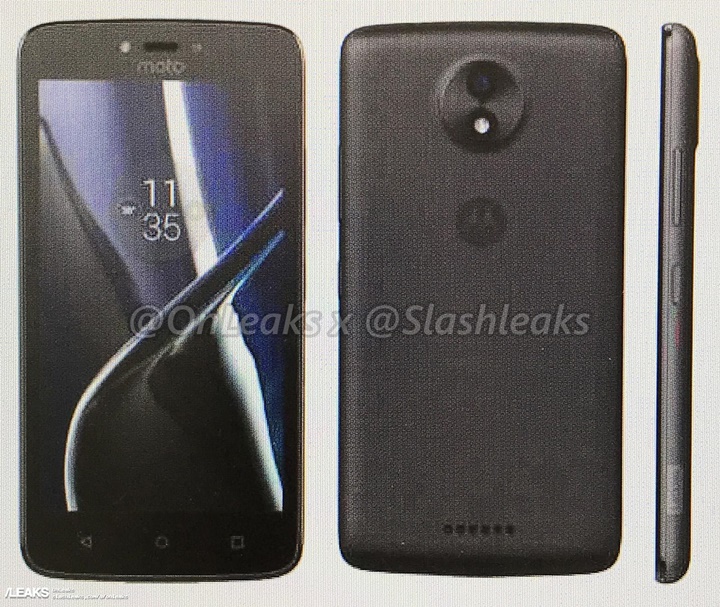 It’ll be available in two variants. The Moto C Plus, the higher variant, appears slimmer than the regular one but has a camera hump. Both smartphones have capacitive buttons, a rear loudspeaker, and a front LED flash. The ‘Plus’ might feature more RAM/Storage and a quicker SoC. As for the Moto E4, the original budget phone series of Motorola is getting a design update. Antenna bands have appeared on the back suggesting a metal backplate. Also, the front borrows the Moto G5 design with its elongated front fingerprint scanner.

There’s no mention of specifications for both the new Moto C and Moto E handsets, yet.