Motorola first announced the Moto E3 Power back in September 2016 and it brought the handset to the country just a month after.

Now that we’re almost half way in 2017, is it still a good handset to buy? Is the 3500mAh removable battery enough to lure potential buyers looking for a phone with long battery life and affordable price tag? Here’s our full review.

Given its budget nature, the Moto E3 Power looks its part. Meaning it has a modest build and design, so there’s a few unattractive features like the thick top and bottom bezels and the chunky build. 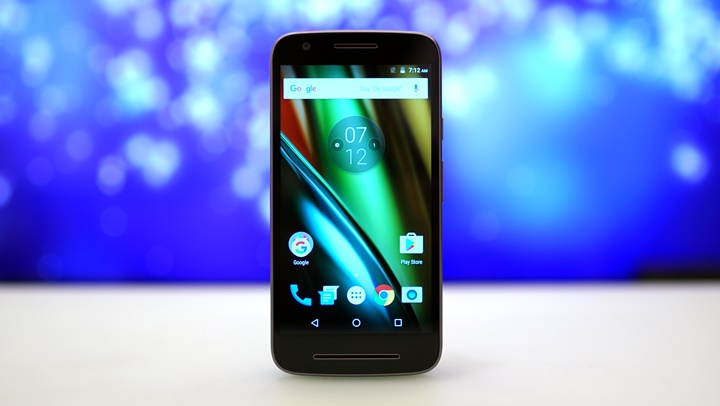 The front features the 5-inch HD display and above it is the receiver, front camera, and sensors. Down below is the loudspeaker and microphone. Capacitive keys are absent since it uses on-screen navigation buttons. 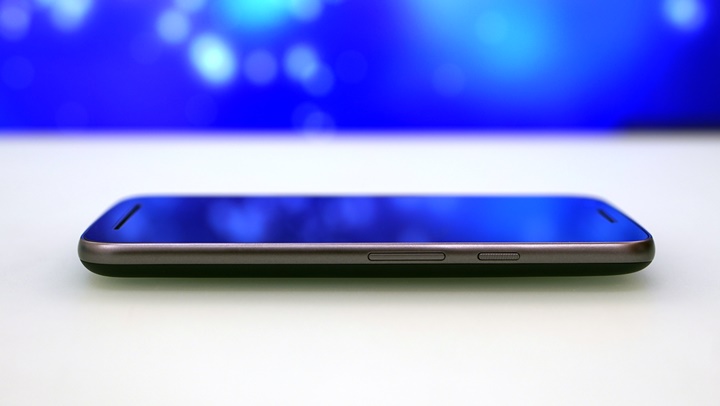 The left side is devoid of any physical keys, while the right side has the power/lock and volume buttons. You can easy tell the buttons apart takes to the ribbed texture of the power button. 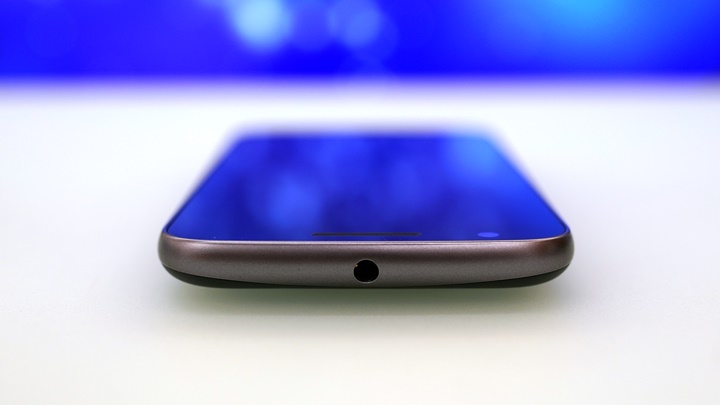 Up top is the headphone port, while down at the bottom is the micro-USB port. Take a look at the back and you will find the rear camera, secondary microphone, and LED flash. The backplate, which has a nice textured finish, is removable which gives you access to two SIM card slots, microSD card slot, and the removable battery. 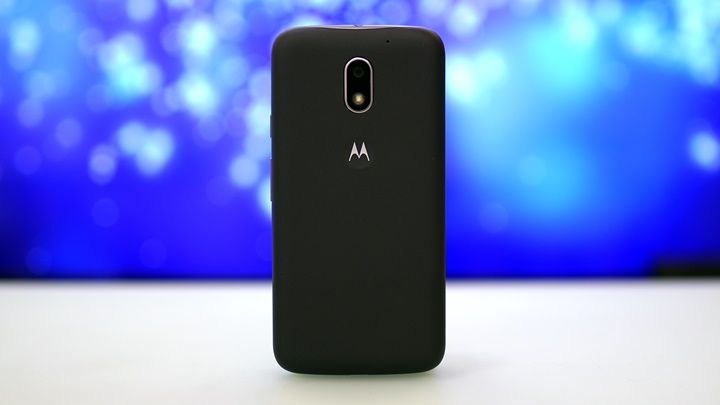 On the hand, the E3 Power feels chunky at 9.6mm, but the curved sides and its small footprint makes it easy to hold. The plastic build might not impress those looking for something premium, but it has made the device relatively light given its above average battery.

The display on the handset measures 5 inches and has a resolution of 1280 x 720 pixels. These numbers equate to the 294ppi which is sufficient to show sharp images on the screen. As mentioned earlier, bezels are a bit on the thick side with just a 66.9% screen-to-body ratio. 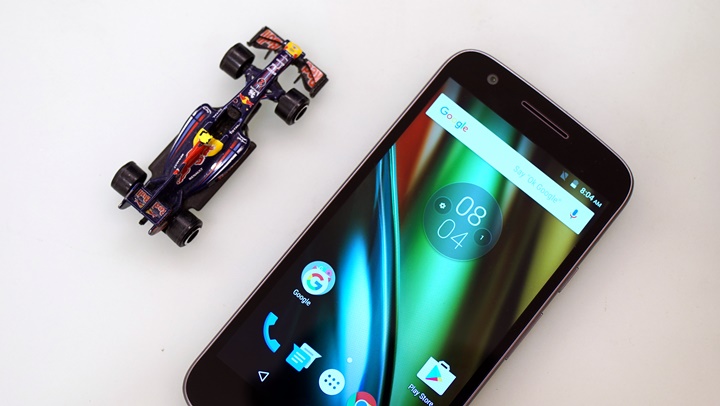 Overall display quality is good but when compared side by side with a midrange phone, colors look a bit muted. The display is protected with Gorilla Glass 3 and has an oleophobic coating.

The front-facing loudspeaker cranks up enough for a satisfying multimedia experience but it’s just mono. Still, it’s better than a side or back-firing speaker. There’s an FM radio available but, as always, it needs a plugged-in earphone to act as its antenna.

Like with other Motorola phones, the Moto E3 Power run a vanilla Android version with no skin on top or bloatware pre-installed. It has Android 6.0 Marshmallow and, unfortunately, it has no future update to Nougat. That easily takes away the phone’s Moto personality. 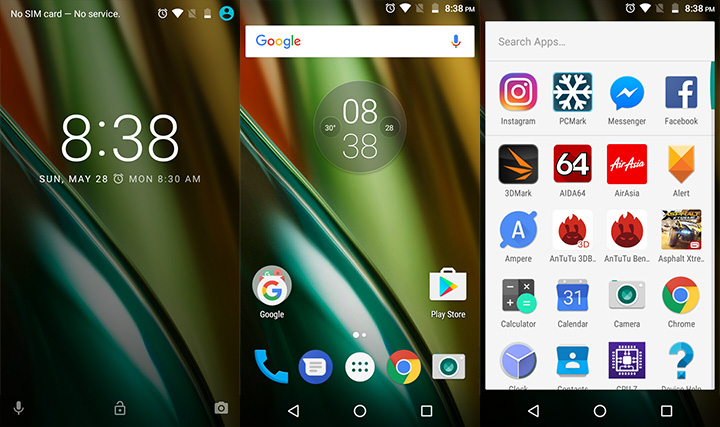 Pre-installed applications include those key Google services and Google Play apps. This is the closest you can get to a Nexus or Android One experience from before. Gallery services are handled by Google Photos while the default music player would be Google Play Music. The space left for users is 11.96GB out of the total 16GB internal storage. If there’s a need for more bytes, the dedicated microSD card is ready to take on its duty.

Motorola has equipped the Moto E3 Power with decent shooters – an 8MP rear and a 5MP front. Since it’s a budget smartphone, there no advanced focus systems present but we must say, we’re pretty impressed with the photos both the rear and front camera was able to take. The rear camera, despite being basic, is able to take well-saturated and detailed shots, especially in broad daylight. It’ll do well for everyday pictures. Performing better is the front camera. Motorola doesn’t necessarily market its phones for selfies but the front shooter on the Moto E3 Power is above average and has an auto mode to produce better self-portraits. Here are a few samples:

Video recording is at 720p only and there’s no even any available additional options for it but it outputs as an MP4 file. Quality looks good when viewed on the device but when checked on a bigger display, it lacks details for an HD video. Here’s a short sample:

Powering the handset is a MediaTek MT6735P chipset that has four cores with a maximum clock speed of just 1.0GHz. Graphics is then held by a Mali-T720 MP2 while the memory is a middling 2GB of RAM. Clearly, the Moto E3 Power is not a phone you’d put to stress but thanks to the efficiency of its untouched OS, things run smoothly most of the time. 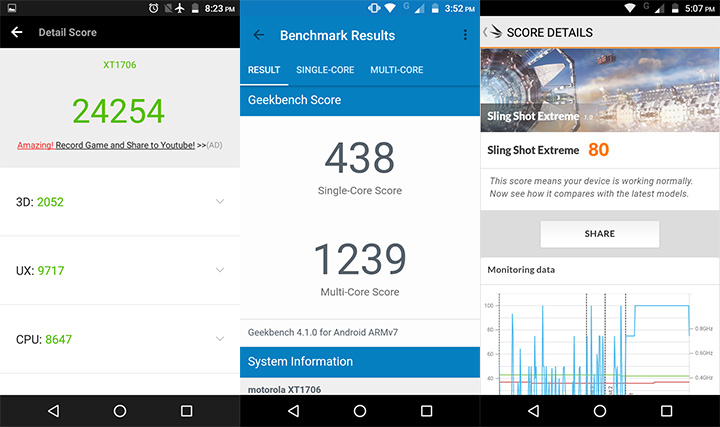 While general performance is doing okay, gaming and resource-intensive apps are not the phone’s cup of tea. Occasional hiccups are present when browsing on the Facebook app while Instagram’s new face-tracking masks give the phone a hard time to keep up. As for games, don’t expect it to run NBA 2K17 smoothly in high or let alone in medium settings. Alternatively, Asphalt Extreme runs well even on high DPI settings.

Here are the benchmark scores of the handset:

Perhaps the performance issues we encounter can be patched through a software update.

We expected good call quality with the Moto E3 Power since it bears the Motorola brand and we have owned Motorola handsets as well, but that was not the case here. The earpiece lacks volume and sounds a bit metallic. In consolation, the other party was able to hear us clearly thanks to the noise-cancelling microphones. 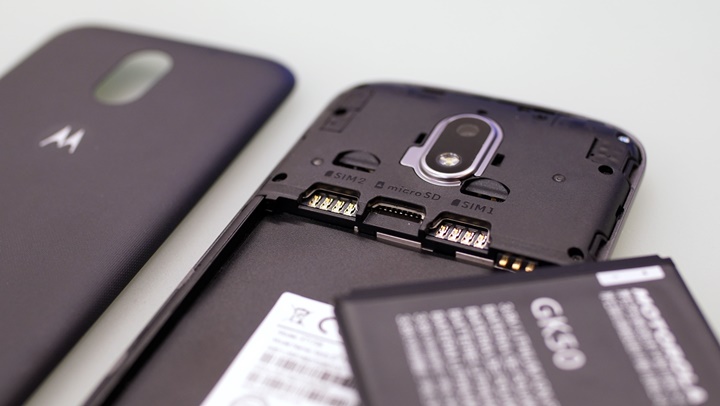 Connectivity-wise, it has the basics of a modern smartphone including 4G LTE, WiFi, Bluetooth, and GPS. Sadly, there’s no support for the latest 700MHz Band 28 for LTE but we still managed to get fast speeds around the Metro.

GPS locks on pretty quick and accurate as well.

The ‘Power’ in the name of the handset implies its battery prowess. It’s a large 3500mAh cell that’s even user replaceable. It’s unusual to have a removable battery these days, especially at large capacities. 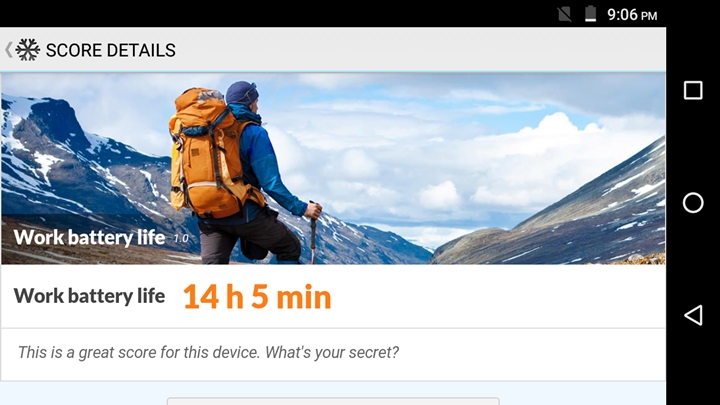 With the PCMark battery test (Work 1.0), it was able to score a lasting 14 hours and 5 minutes. As with our daily usage, it was able to get us through the day with a little more to spare overnight. The screen on time registers around 5 hours in average.

Seeing a phone with power left when you get home will give any user peace of mind just in case they left their charger or power bank on a work day. That’s what the Moto E3 Power can offer but what it can’t though are heavy gaming and stutter-free performance. 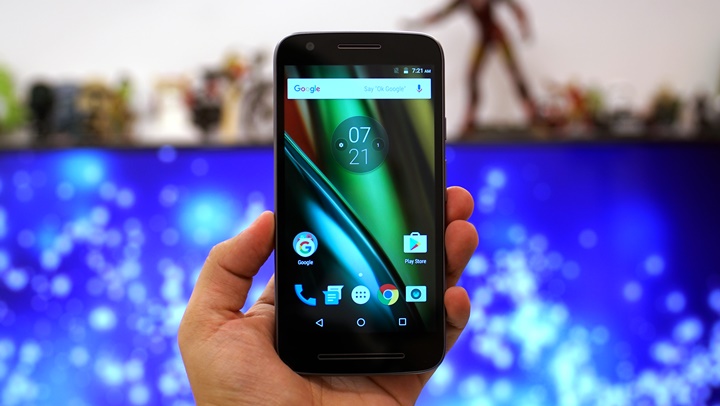 The phone is priced at Php6,999 and with that amount, there are smartphones in the market with better performance. But, they don’t have the Motorola design and quality. The phone is for endurance users — pertaining to battery life, not phone performance.