HMD Global has launched its latest upper midrange phone in the form of Nokia 7 Plus which runs Android 8.0 Oreo and part of the Android One program. 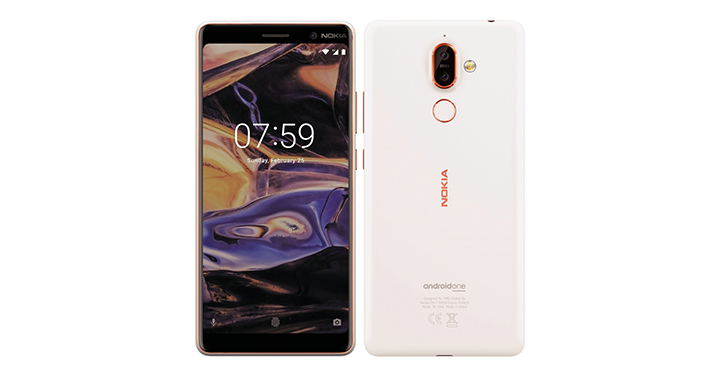 It features a 6-inch IPS display with 18:9 ratio – the first smartphone from the company to bear the more immersive display aspect ratio. The dual rear camera comprises a 12-megapixel wide-angle primary camera with an f/1.75 aperture, as well as a 13-megapixel camera with an f/2.6 aperture, coupled with a dual-tone LED flash. As for the front camera, the Nokia 7 Plus features a 16-megapixel fixed focus with an f/2.0 aperture. The company is also touting the use of Zeiss optics on the camera setup, as well as its capabilities in the realm of low-light photography. It is powered by an octa-core Qualcomm Snapdragon 660 SoC complete with 4GB of RAM, 64GB of inbuilt storage which expandable via microSD card (up to 256GB). The device is powered by a 3800mAh battery with fast charging support, rated to deliver a talk time up 19 hours and a standby time of 723 hours.

The Nokia 7 Plus will retail at 399 € (approx. Php25K) and will be available from early April in Black/Copper and White/Copper color variants.