Last year, OPPO released an entry-level battery beast smartphone, OPPO A3s, that caught a lot of people’s attention, but it has its limitations. This 2019, they released an iteration in the form of the OPPO A5s. What has changed since then? Find out below. 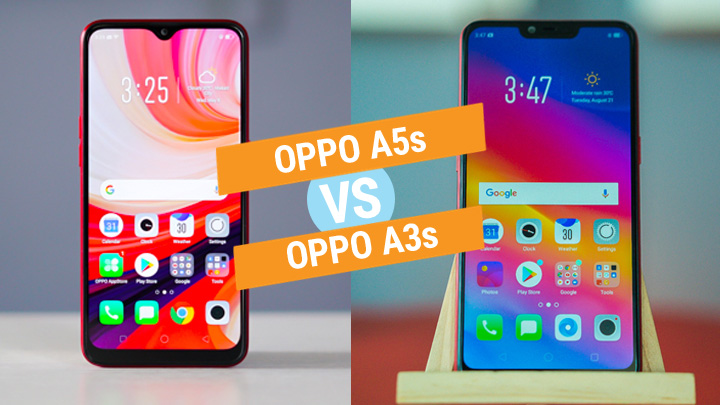 So what changed in the OPPO A5s?

The OPPO A5s doesn’t fall far when it comes to the glossy polycarbonate design with a solid color. One thing worth noting, however, is the existence of the rear fingerprint scanner and the notch which is smaller than the OPPO A3s.

Both of the devices have almost the same display configuration except for one aspect — the glass protection. While the OPPO A3s doesn’t have any, the OPPO A5s has a Corning Gorilla Glass 3 which is very useful especially when you have butter fingers and is prone to accidents.

One significant change between the phones is the chipset used and the overall performance. The OPPO A5s comes with a MediaTek Helio P35 chip while the OPPO A3s has Qualcomm Snapdragon 450. Looking at both their benchmark scores, it’s apparent that the former wins as it has faster CPU speeds. For gaming, on the other hand, the 3D Mark scores of both phones are close to each other, meaning that they most likely have the same gaming performance.

It is also worth noting that OPPO maintained a base RAM and storage variant at 3GB + 32GB for the A5s as compared with the 2GB + 16GB of the A3s at the same price point.

Cameras didn’t change as the rear, and front shooters have the same lenses and apertures so expect that the OPPO A5s will have the same photo quality as with the A3s.

When it comes to battery, both of them have the same 4,230mAh capacity which is plenty to last for almost 24 hours of playback time. We haven’t tested the OPPO A5s in our video loop test yet but, rest assured that we will update the result in this article once we get its score.

Overall, if you are an OPPO A3s user and is planning to upgrade to a better phone but you are on a budget, the OPPO A5s is a worthy option. However, I would suggest going for the Realme 3 or Redmi Note 7 instead as they both provide better performance and they are already in Android 9 Pie out-of-the-box.