It was last June 2022 that the OPPO A77 5G was released, which is followed by its 4G version this last August. Now, the OPPO A77s is soon to join this lineup. Unexpectedly a poster of the A77s specs was leaked on Twitter giving everyone a chance to know what is expected from this new smartphone. 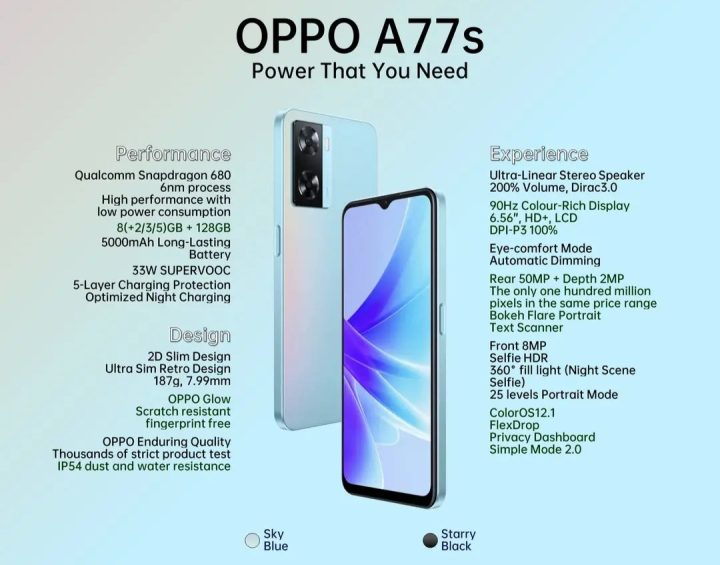 There is still no official announcement of when will be the released of the OPPO A77s but the device is already certified by India, Thailand, and the European Union a month ago. Stay tuned for more information.