Today we look into an aspect of a device’s screen which has been building up to be quite a trend as of late – the Pixel Density. Our goal is to shed some light on some of the common misconception that people have about it and hopefully answer this question along the way: At what point does Pixel Density can be considered a feature or just marketing gimmick? 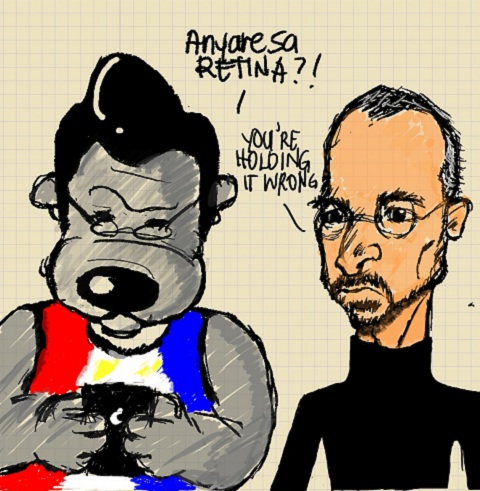 Pixel Density is a way to measure the resolution of a given device. Depending on the device being measured, Pixel Density is represented in various abbreviated terms. Some of the more popular unit of measurements are as follows:

• Dots – Often used to measure a Digital Camera’s display or Electronic Viewfinder.
• DPI or Dots per Inch – Often seen in Monitors, Scanners and Printer’s specs sheet.
• PPI or Pixel per Inch – Similar to DPI, but mainly used for smartphones and tablets.

Assuming that you’re also bad in Math as I am, you can opt to calculate the PPI of your device’s screen by going to this link. All you need to do is fill out the necessary fields and it will give you the PPI.

Now that we have a better understanding of Pixel Density and how it’s calculated, let’s delve deeper in to the ideal pixel density of a screen. The late Steve Jobs claimed that a pixel density of 300ppi, when viewed at a certain distance (10-12 inches away from the eye), is high enough that a normal (20/20 visual acuity) human eye will not be able to notice pixelation on the screen. 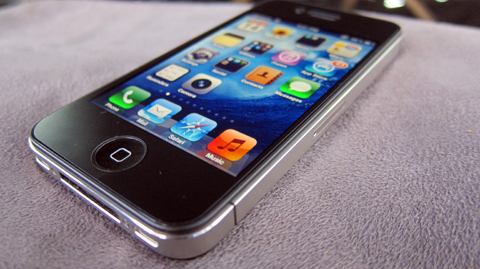 This claim emerged along with the announcement of the iPhone 4 which, because of the nature of its display, was marketed as having a “Retina Display”. Apple’s claim was controversial to say the least, one that fascinated many skeptics to investigate further if there’s any truth behind this claim.

One of the most famous criticisms of this claim came from Dr. Raymond Soneira of DisplayMate, who argues that the Cupertino-based company’s claim is exaggerated and that a human retina has a higher resolution. According to him, for a display to be considered “Retina”, it needs to have a pixel density of 477ppi at 12-inches away or should be held a foot and a half away in the case of the iPhone 4. 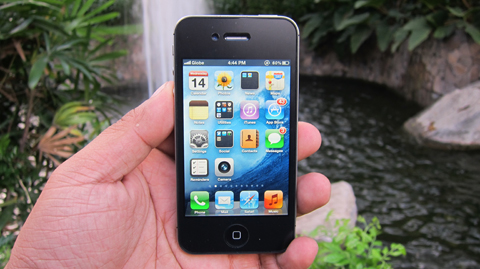 And while Dr. Soneira’s claims has been regarded as technically correct, there are others like Bryan Jones, a Retinal Neuroscientist and University of Utah professor, who agrees with Apple’s Retina Display claim. He comprehensively explained his take on the matter on his blog and pointed out that “Soneira’s claims are based upon a retinal calculation that is too low”. He added that from a foot away, a display that has a pixel density of 287ppi is enough to give users an ideal viewing experience.

Since 2010, companies have been pressured to come up with a display that can compete with the Retina Display of the iPhone 4. At first these companies tried to stifle the market with larger screens. However, as mentioned earlier, the screen size also plays a key role in identifying the pixel density of a screen. Therefore, the need to equip the device with a higher resolution became a necessity to compensate for the bigger screen. 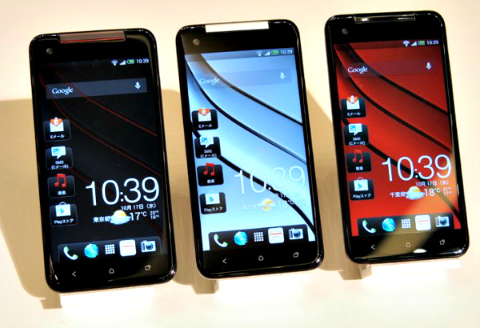 And while we acknowledge this need, we can’t help but wonder if there’s really a need to put a Full HD resolution on a 5-inch handset. Reason why we asked this is because we noticed that there are quite a handful of 5-inchers that are equipped with such resolution.

To put things in perspective, a 5-inch display with 1080p resolution equates to 441ppi. Well above Mr. Jones’ recommendation. Now does that mean that phones like the HTC Butterfly should give you better viewing experience? Well, that depends on how far the smartphone is from your eyes.

Besides screen size and resolution, another factor that plays a big role in the viewing experience is the distance between the screen and the eye. The reason why people such as Jones and Soneira used the “foot away” distance is because that’s where we usually hold our smartphones. 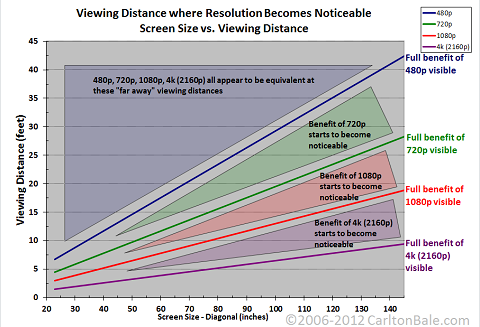 Carlton Bale, an authority in Home Theater setup, further elaborates the correlation between distance, screen size and resolution in this blog entry and how each aspect affects the viewing experience. And while he used TVs to illustrate how one can fully maximize a device’s resolution, the same can be said for other gizmos which in our case are smartphones.

Apart from the chart seen above that shows us the ideal distance at which we can fully optimize the resolution of specific screen size, Mr. Bale also came up with a very detailed Home Theater Calculator which can be used to determine the optimal distance between the display and the eye to reap the benefit of a certain resolution. According to his calculator, for a user with normal vision acuity to fully maximize a 5-inch screen’s 1080p resolution, the device needs to only be around 6-8 inches away from the eye. 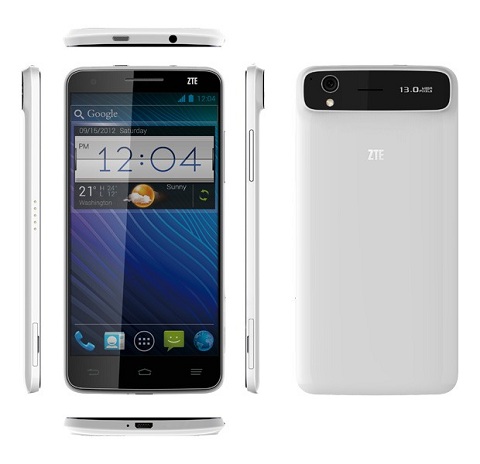 I don’t know about you, but I think we can all agree that holding your phone that close to your face isn’t, in any way, ideal. However, I must admit that there are rare cases when I place the phone that close to my face like when I’m watching a film to get to sleep.

There’s just too many factors to consider when dealing with the ideal Pixel Density; Resolution, Screen size and Distance, not to mention the visual acuity that the user has. But based on the information we gathered, we can safely say that Pixel Density of a smartphone’s screen only makes sense when it correlates to the optimal operating distance which is 12-18 inches away from our eyes and that a higher Pixel Density number doesn’t always translate to a better viewing experience.

In summary, we think that a 1080p resolution on 5-inch and up handset is just a way for manufacturers to lure in more consumers to their products with its high PPI. Therefore, not to be treated as a primary deciding factor in choosing your next smartphone.

I used to think the same way that pixel density or resolution don’t really mean that much. But trust me, if you’re an avid videophile. The screen resolution and higher ppi matters.

The higher ppi is not a gimmick, it is their for the people who are conscious about the sharpness of their screen. But that isn’t to say that the high ppi is necessary for everyone, but then again it is still a factor/ a nice thing to have.

Absolutely for videophiles that can discern those pixel density.

Nice article. I think PPi is important regards to overall user experience, but having 1080p in a 5 inch phone is just overkill. It makes the phone more expensive and drains more batter and not to mention useless in general applications.

The Retina crap was just one of Apple’s numerous marketing gimmicks.They started the idiotic PPI race and now they can’t even keep up with LG,HTC, Sammy, and even with the lesser known chinese brands like Oppo and Meizu.

Phone manufacturers should really focus on improving their battery (think, Motorola and Lenovo). 1080p screen is all the fad today but the battery tech on most current devices is like 10-20 years old.

Who does not want a 1080p display on their phone or tablets? But agree, phone manufacturers should focus also on battery improvement. Like 1.5-2 days of normal usage without charging.

PRICE IS KING!!! Low price with acceptable performance wins it for me.

I’m really that curious on how they compute for pixel density, now we are clear on that. aside from this factor, the screen size matters. there should be a balance between the resolution and the screen size. Exceeding from 400 PPI is enough to satisfy the consumers. 5 inch should be the norm for the next generation smartphones.

If you have to watch a movie in order to get to sleep, the bigger problem probably isn’t your phone’s resolution – it’s your sleeping habits. Either that or you’re watching The Hobbit.

Will you ever hear kaya sa isang mayabang na tao, “o pare, Full HD ang phone ko!” Who cares if all you do with your phone is Sms and calls. If you cannot read the article in a website because the letters are small, pinch zoom is the answer. Kahit anong pataasan pang gawin nila sa screen, hinde matatapos yan…why don’t they develope a phone na upgreadable ang memory, or yung chip, or yung video card like a desktop pc?

Hehehhe just a piece of publicity na masabing HD or may nabago sa phone mo, yet its hardly noticable.

Exactly! That chip i think is what they call SoC or System-on-Chip.

There is more to screen “likeability” than pixel density. =)

I think at some point it matters. For example, yung mga laptop nung araw, and even old LCD monitors, you will see some pixels. Pero nowadays eh halos wala na, at mas-crisp pa tingnan.

Pixel density is taken way too much practical considerations than that of viewing angles & direct sunlight legibility.

And in addition to hardware wishlist how about battery capacity? I can count within my fingers those phone models that was marketed with such factor.

Yeah I have to say it, too — pretty good article! The thing is, whatever camp you’re in — Google, Samsung, Apple, etc. — they’re all businesses and they’re all out to make money. And they do that by a number of ways, and one of them is through marketing — which sometimes are partial truths. Some companies tout the specs of their products, some companies tout the aesthetic design of their products, and so on. It’s a complicated, and broad-ranging topic, and at least this article sheds some light on one of the many things that these companies are marketing to us. Even among scientists (e.g. these retina experts), there are disagreements, with both sides having strong opinions about their own positions, and neither side will be claiming the other as wrong.

I’ve read some other articles which were similar to this one. And they all say that you won’t really notice the difference between some resolutions at certain distances.

The thing is, it’s almost always better to have more pixels than less. So I still think that it’s a good feature for a phone to be eqquiped with.

1080p is also a nice sweet spot because of it’s compatibility with HD videos.:) Since most videos use 1080p as it’s max resolution. You’d be able to render all of the videos inherent quality on a 1080p 5″ screen.

Not your typical Yugatech editorial with all that cross-references. Good article all around. Personally I feel that PPI still really matters not because of optimal screen-viewing aspects; but for accuracy of phablet-with-stylus devices. Once PPI for note-taking on a phone nearly emulates paper-with-pencil accuracy, I’d believe we had hit the limit.

Except it wasn’t written by Abe. This article was penned by Ronnie Bulaong.