Play This: WWE Immortals for iOS and Android

Play This: WWE Immortals for iOS and Android

If you’re looking for a fresh new game to try on your smartphone, check WWE Immortals out! WWE gets some Mortal Kombat treatment and turns wrestlers like John Cena into a superhero and Undertaker into a necromancer. 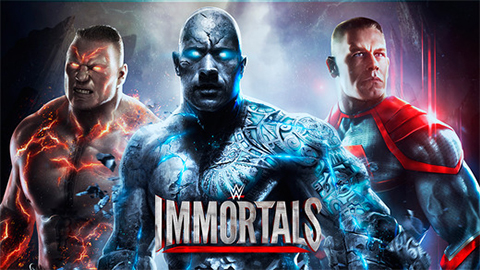 The game allows for a Mortal Kombat style of play, with swiping and tapping combos plus finishers. You are also allowed three characters per team, and you can unlock more features as you progress. However, if you want to have that effortlessly faster, WWE Immortals has in-app purchases. I’ve downloaded the 1.4GB game into my Google Nexus 5 already and it works beautifully smooth. You can download the game here for free: iOS, Android.