Razer has made another acquisition, this time the company behind the Robin Android smartphone – Nextbit.

Nextbit Systems Inc. is a company comprised of former members of the Android team. In 2015, they announced their own smartphone called the Robin and took it to Kickstarter to get some crowdfunding. Razer has then found interest in the company and acquired the majority of its assets. 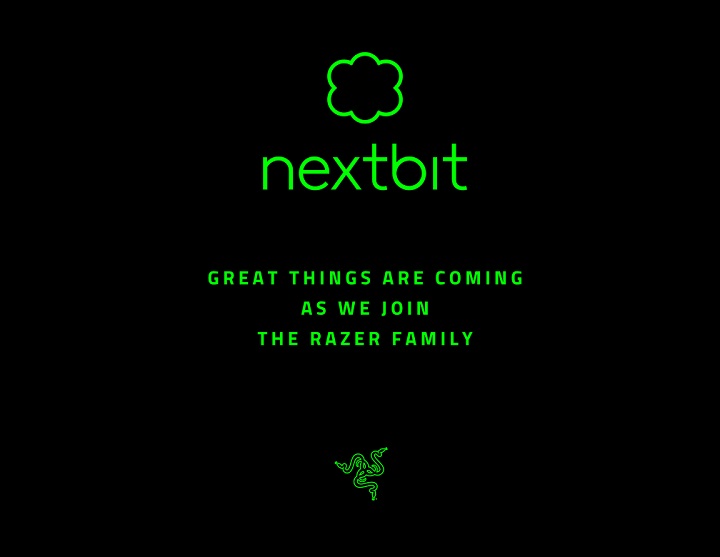 “Nextbit is one of the most exciting companies in the mobile space,” says Razer Co-Founder and CEO Min-Liang Tan. “Razer has a track record of disrupting industries where our technology and ability to design and innovate have allowed us to dominate categories with longstanding incumbents, such as the peripherals and laptop categories. With the talent that Nextbit brings to Razer, we look forward to unleashing more disruption and growing our business in new areas.”

“In order to reach a wider audience and continue our mission, we decided to join with a larger brand,” says Tom Moss, Nextbit Systems Inc. co-founder and CEO. “We’re lucky to have found a company in Razer that shares our value of pushing the boundaries of what our devices can do.”

Does this mean that we will see a Razer gaming smartphone in the near future? We’ll see.