Samsung recently released its first mid-range smartphone to sport a triple rear camera setup, the Galaxy A7 (2018). We know that the company is a little bit late to hop on the triple camera train, as Huawei is the one leading the squad, but still, let’s see whether this phone will hold itself up in a pool of mid-rangers or should it be threatened by the competition? Let’s find out. Clearly, the A7 2018 is a classy looking phone, as most Samsung phones are built, anyway. Unlike its previous version, this one has a smaller top and bottom bezels which gives a wider viewing area. And there’s no notch in sight. So above the display, we’ll only be seeing the call speaker, the sensor, and the 24MP front camera with LED flash. The curved corners and 2.5D glass protection also add to the aesthetic factor of the phone’s overall design. 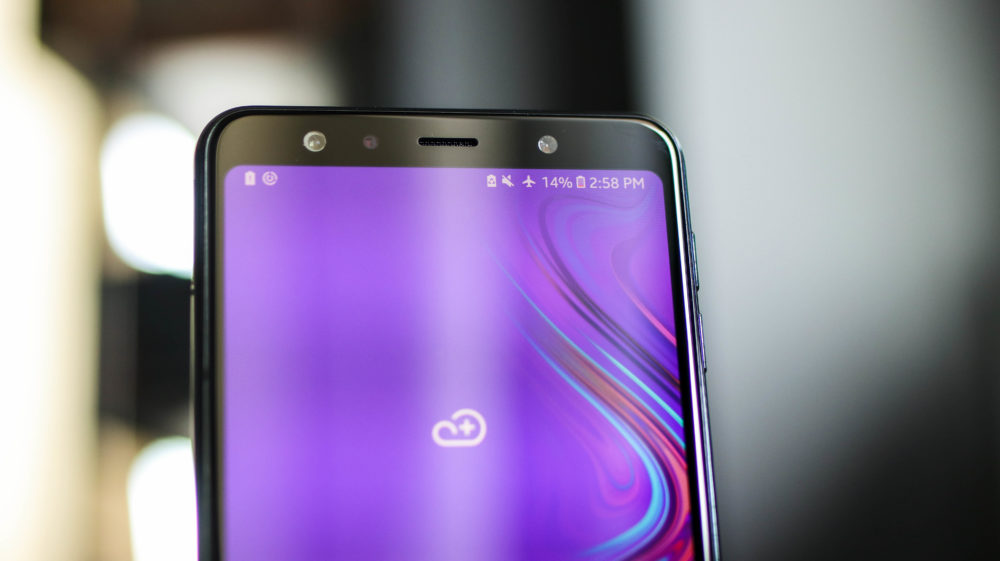 On the left side, we have the card tray with three slots. It can accommodate two nano SIM cards and a microSD slot up to 512GB, which is nice. 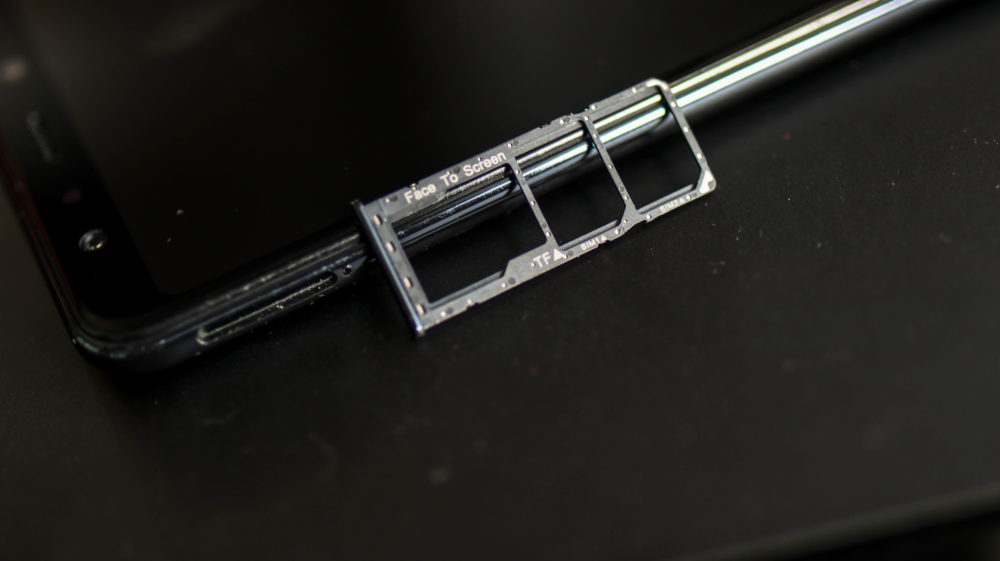 Down at the bottom, we have the speaker grilles, the micro USB port, and the 3.5mm audio jack. 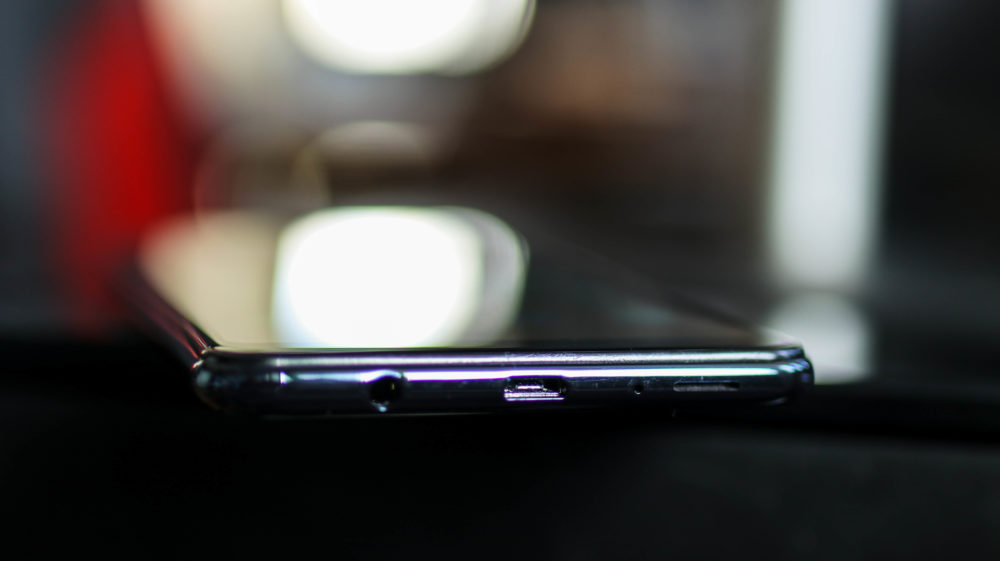 At the back, we have a glossy back with an acrylic finish which made it look like it is made up of glass. Unlike the P20 Pro, whose third camera serves as a telephoto lens, the A7 goes the other route with an 8MP f/2.4 120-degree wide lens. The 24MP f/1.7 sensor serves as the main camera, and the 5MP f/2.2 helps with depth for portrait mode. 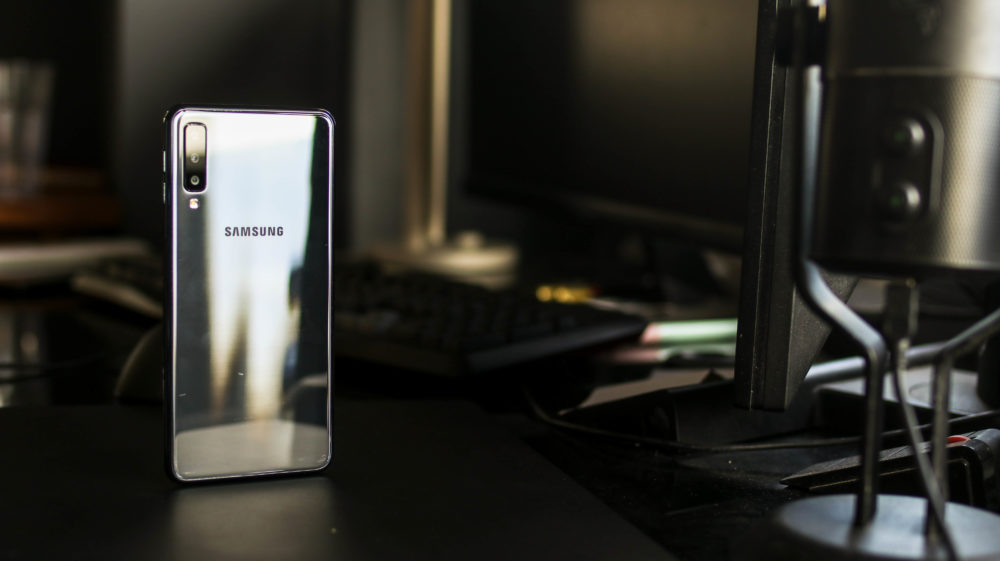 This device sports a 6.0-inch Full HD+ Super AMOLED display. And as usual, having an AMOLED panel, the screen produces punchy and vibrant colors. Colors are good, blacks are deep, and it’s very sharp. You also have the option to choose four different screen modes, as well as adjust screen temperature. There’s also a Blue Light filter to reduce eye strain. 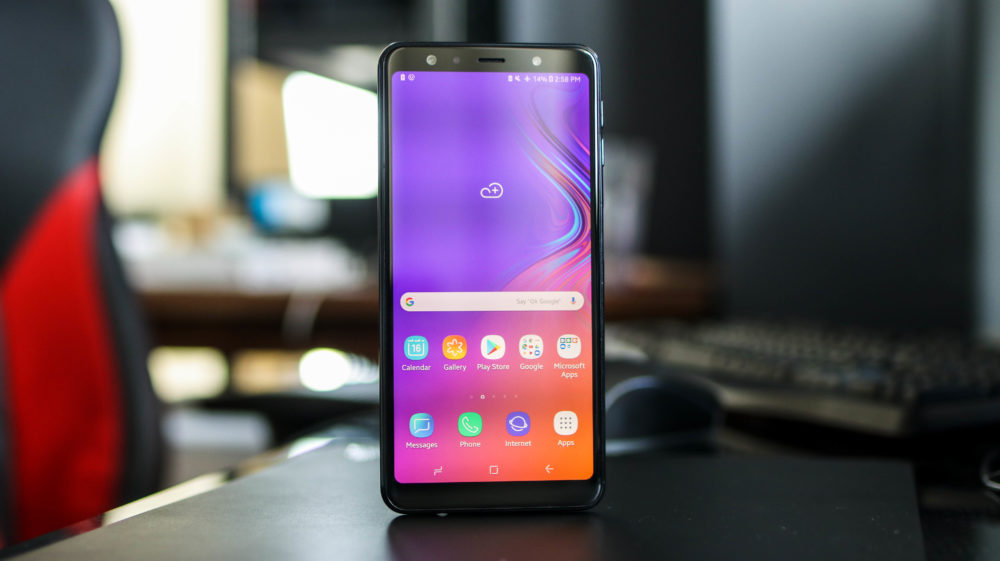 As for its audio, it’s pretty decent and can get pretty loud with a little amount of bass. If you’re going to use earphones, though, you’d be able to use the device’s Dolby Atmos feature that gives you four (auto, movie, music, voice) presets to optimize your listening experience. I personally like the music mode.

Now onto the star of the show: its triple rear cameras. It has a 24MP (F1.7) main camera + 8MP (F2.4) 120-deg ultra wide + 5MP (F2.2) depth rear cameras. It’s loaded with a bunch of features such as Pro, HDR, Bixby Vision, Panorama, Beauty, Live Focus (depth effect), Scene Optimizer, AR Emoji, and Hyperlapse. The Live Focus also has this cool feature where you can adjust background blur after you take photos, and change the bokeh into different shapes like Heart, Star, Polygon etc. Pretty nice. The 24MP f/2.0 selfie shooter, on the other hand, comes with Selfie Focus (depth effect), AR Emoji, and Wide Selfie. Shots taken by the rear cameras actually look really good. Daylight shots look clean, vibrant, and sharp. The dynamic range is also commendable. The wide angle shots also have decent distortion. However, I found the low-light shots a bit unimpressive. They’re okay and decent enough, but some came out muddy and noisy. There are also light leaks in some photos that can’t be reduced even if I tried to adjust the exposure value before taking pictures. 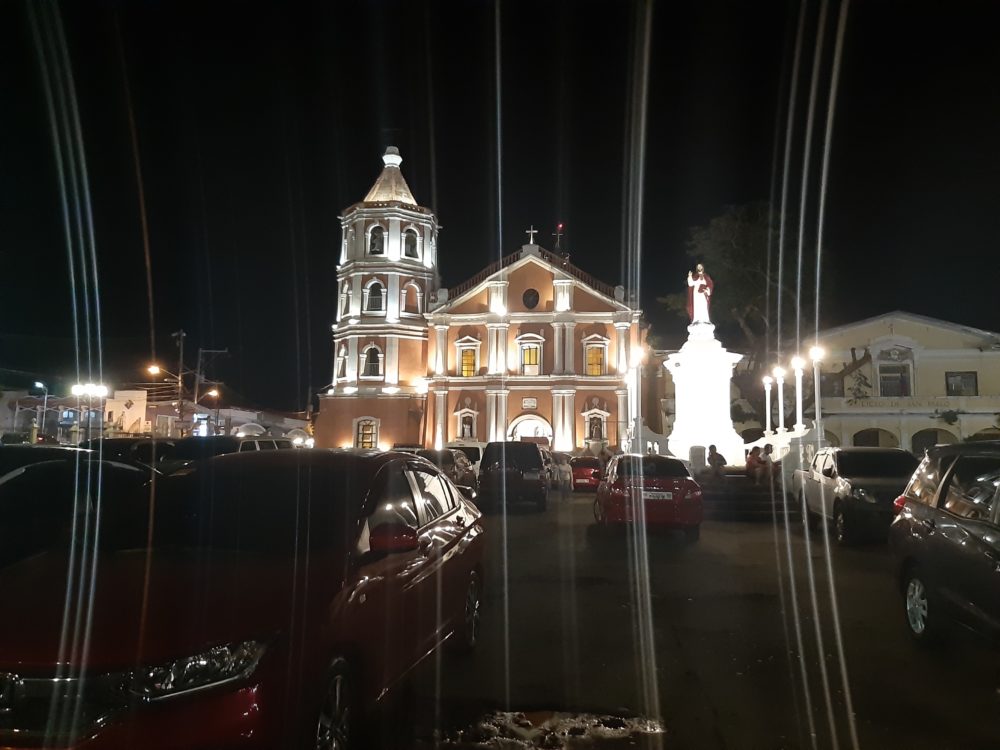 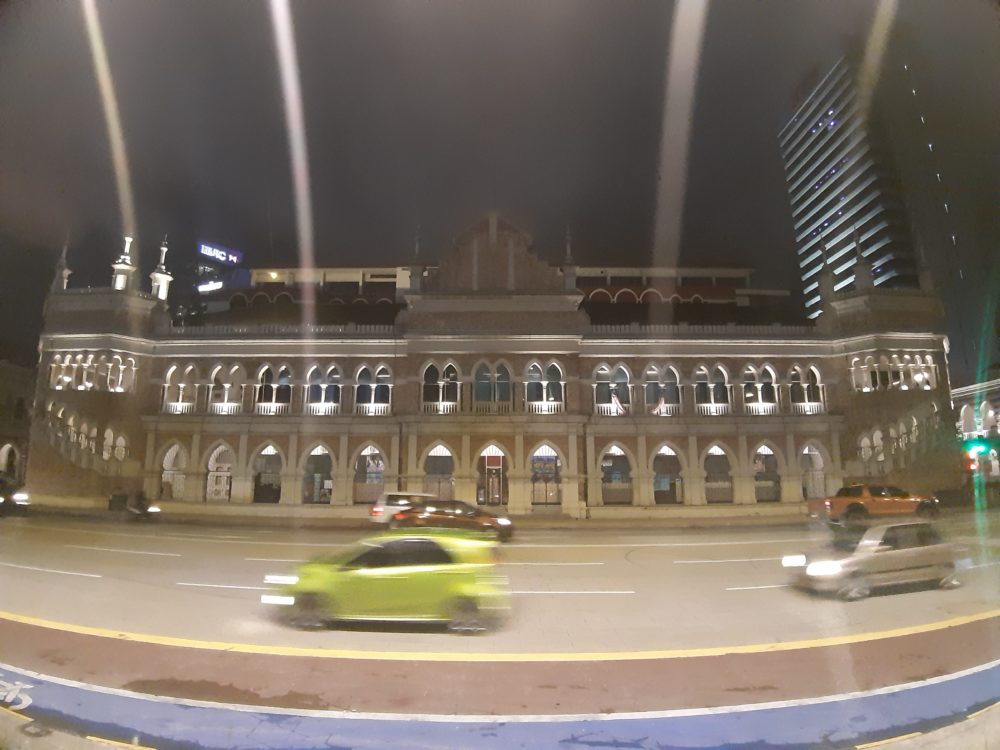 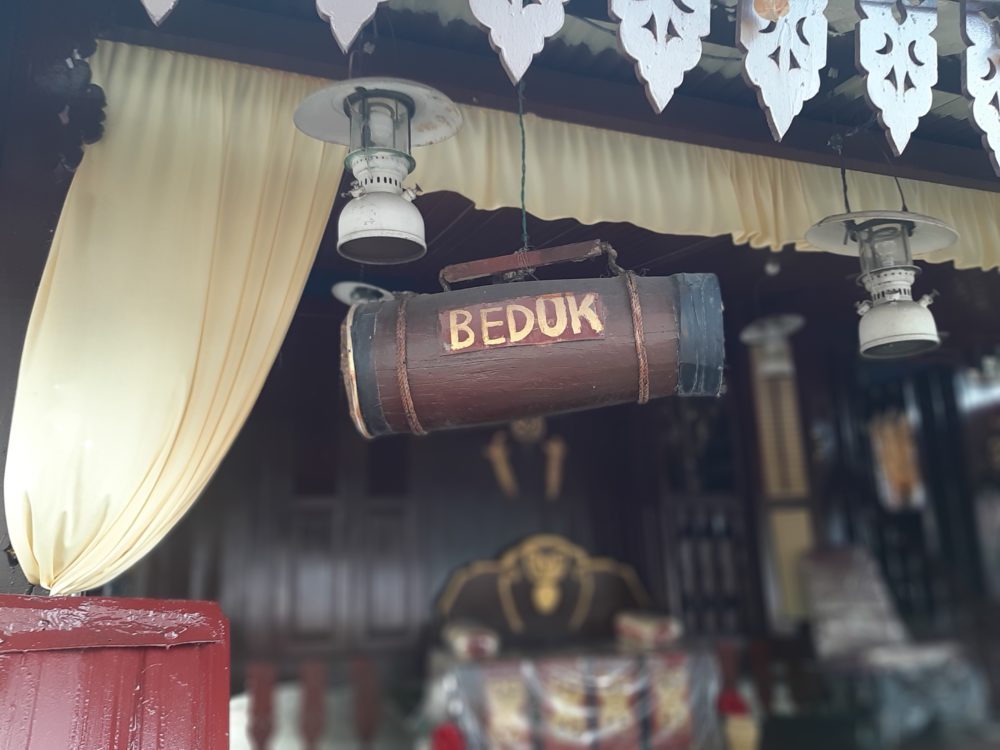 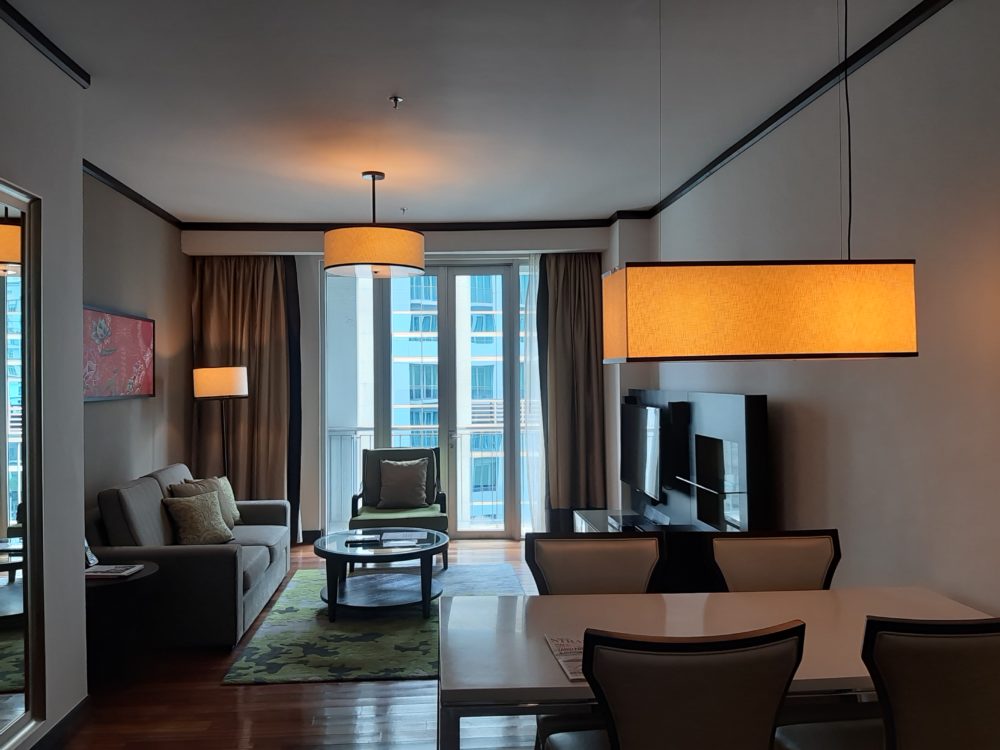 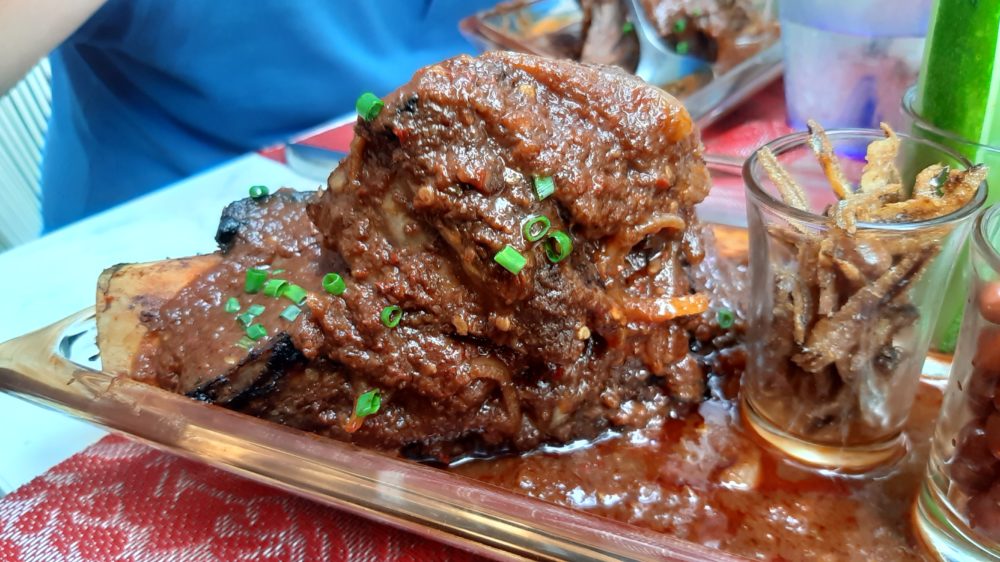 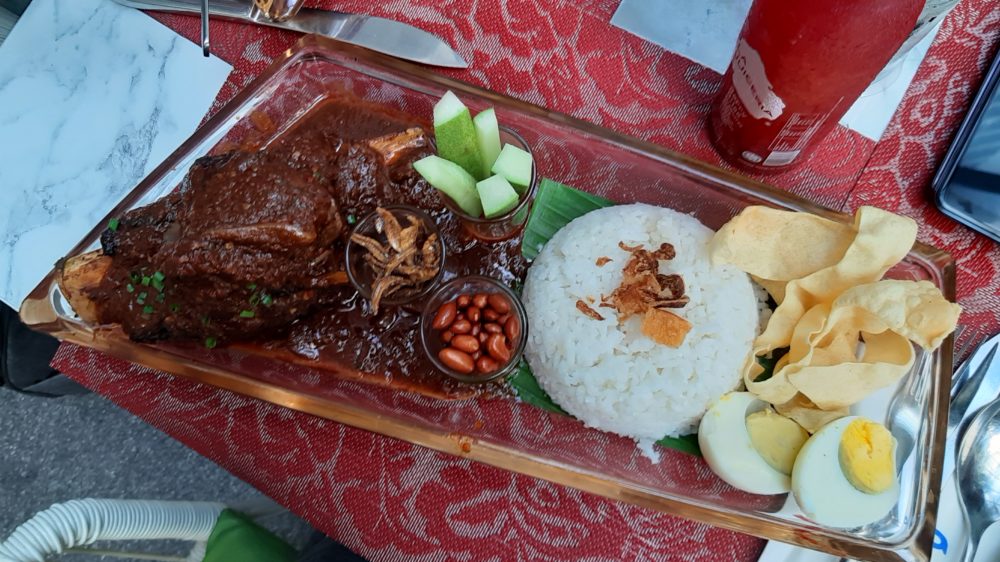 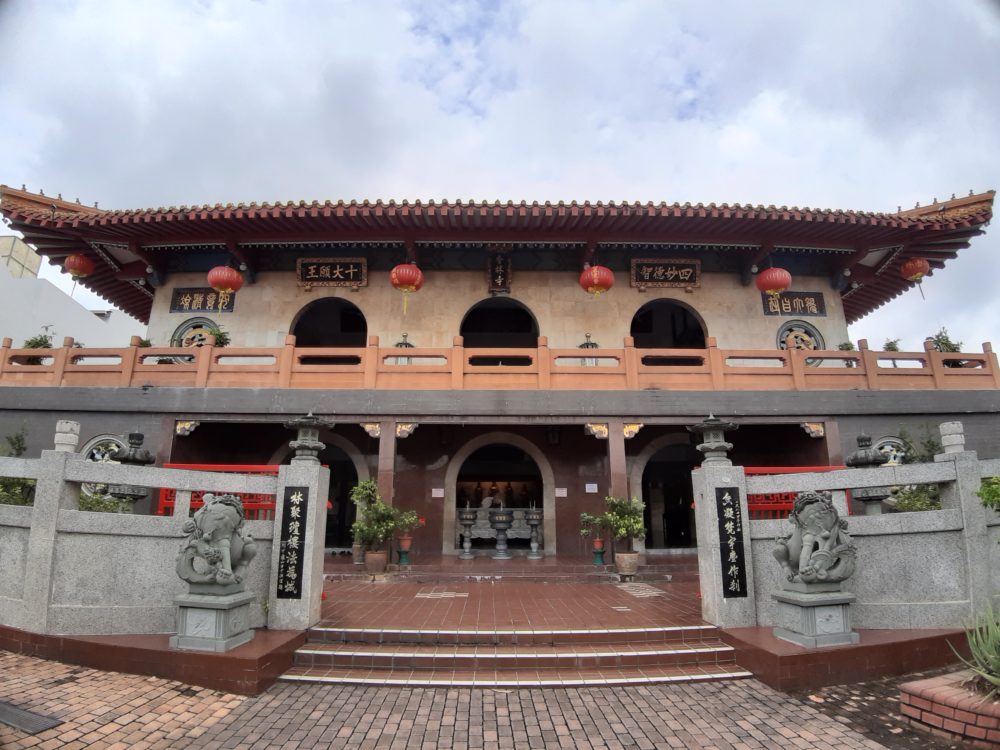 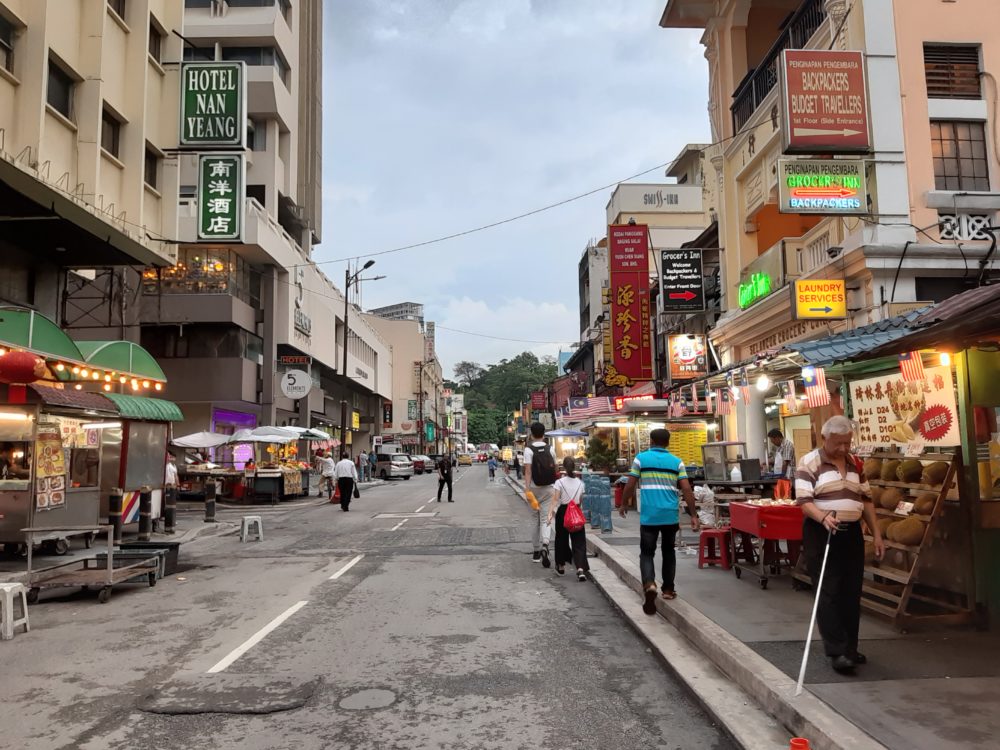 Quite honestly, if you love taking selfies, you would appreciate this device as it takes some really good ones. The Smart Beauty feature also works quite well, and I like that it doesn’t entirely blur out of your face, and just reduces your blemishes in the right amount.

Running this device is Samsung Experience 9.0 based on Android 8.0 Oreo. The UI looks clean and colorful and you’re getting a lot of nifty features in this device like Smart View (screen-mirroring) and Phone Visibility for faster data transfer. More advanced features can be found, and to name a few, there’s One-handed mode, Smart Stay which keeps your screen on while you’re looking at it, finger sensor gestures, multi-window (split screen), dual messenger that enables you to use separate accounts for the same app, and touch sensitivity that increases touch sensitivity of the screen for use with screen protectors. As usual, pre-installed Google apps are present, as well Samsung’s own native apps and Microsoft’s. All in all, you’re left with around 40GB of usable storage out of 64GB. You can expand this up to 256GB via microSD card.

Powering this device is Exynos 7 Octa-core clocked at 2.2GHz paired with 4GB RAM. Performing basic tasks like navigation, browsing the net, taking pictures, and the likes are all a breeze. And so far, we haven’t experienced any lags or crashes. Its fingerprint scanner and face unlock, however, is a different story. Both are pretty slow, and sometimes it fails to recognize our face and fingerprint.

So far, we experienced frame drops in some intense scenes while playing games like PUBG Mobile, Mobile Legends, Asphalt 9, and Tekken Mobile in high graphics setting, but for smooth gaming, it’s best to only set the graphics settings to medium. Samsung also has this Game Launcher feature that helps optimize games and block out calls while you play. The phone also gets pretty warm at the back during long usage, but not hot enough to be alarming. 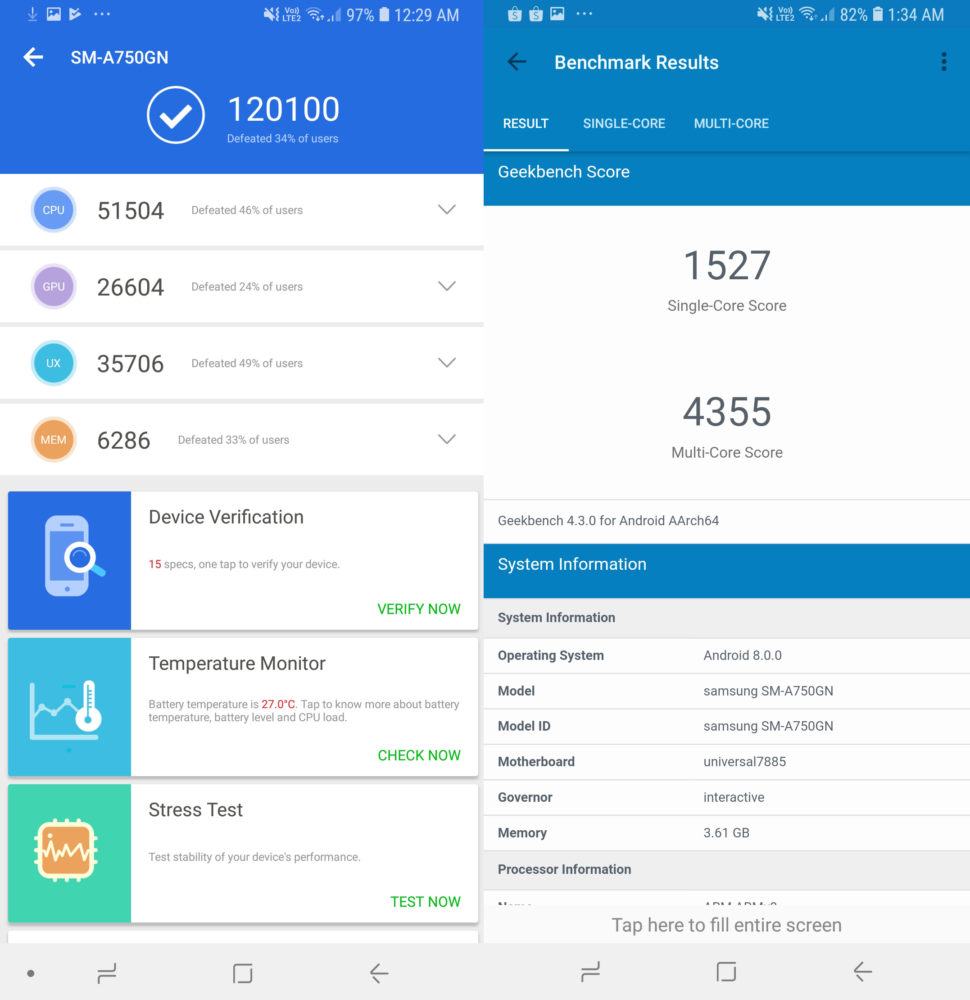 Check out the benchmarks scores below:

This device is packing all the basic connectivity stuff such as WiFi, Bluetooth, 4G LTE, and GPS. It also has NFC, so that’s pretty nice. Call quality is clear, but really, this depends whether you’re in an area with good reception. GPS also works fine. 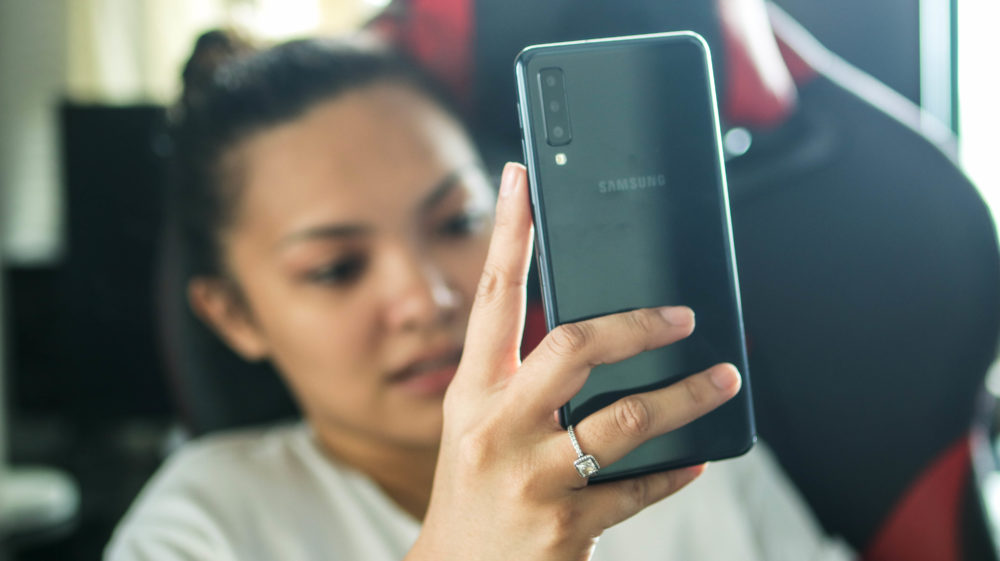 Giving a boost to this phone is a 3,300mAh battery which is a pretty average capacity that’s good for a whole day use. So far, I was able to use this phone for a whole day without needing to recharge. But again, this all depends on how heavily you use it. In our PCMark battery test, we yielded 9 hours and 2 minutes while our video loop test lasted for 11 hours and 5 minutes. Not bad. Charging took around 2 hours at most.

In all honesty, this year’s Galaxy A7 is actually a decent phone, but there’s nothing really special about it. The triple camera feature is nice and all, but that aside, there’s nothing really that stands out. At Php17,990, you’d find yourself in a pool of midrangers that are cheaper and comes in with new features. However, if you’re a fan of the Galaxy A-series, then it won’t harm if you’re considering getting this phone. It’s still a good daily driver. You’re still getting Samsung’s premium build, a good set of cameras, and vibrant display. 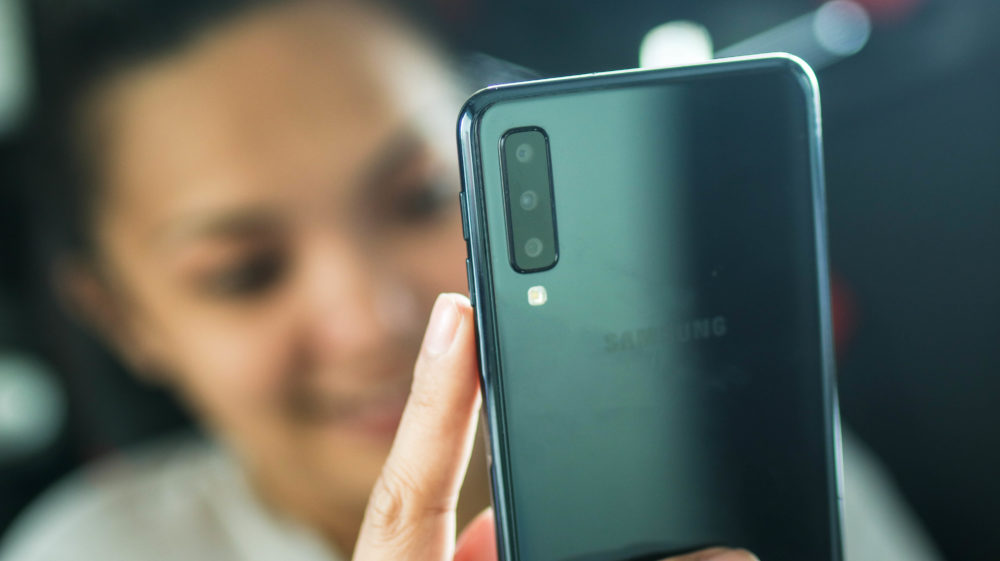