Every year, Samsung effectively comes out with brand new Galaxy devices to update their flagship roster. Unfortunately due to certain lockdown restrictions, Samsung’s second Unpacked show for 2021 had to be held in the safety of our own homes. But, that doesn’t mean we were left empty-handed.

Today we’re going to give a quick look at Samsung’s Galaxy Z Fold3 5G, the latest addition to its folding smartphone lineup. Check out our hands-on and first impressions below! 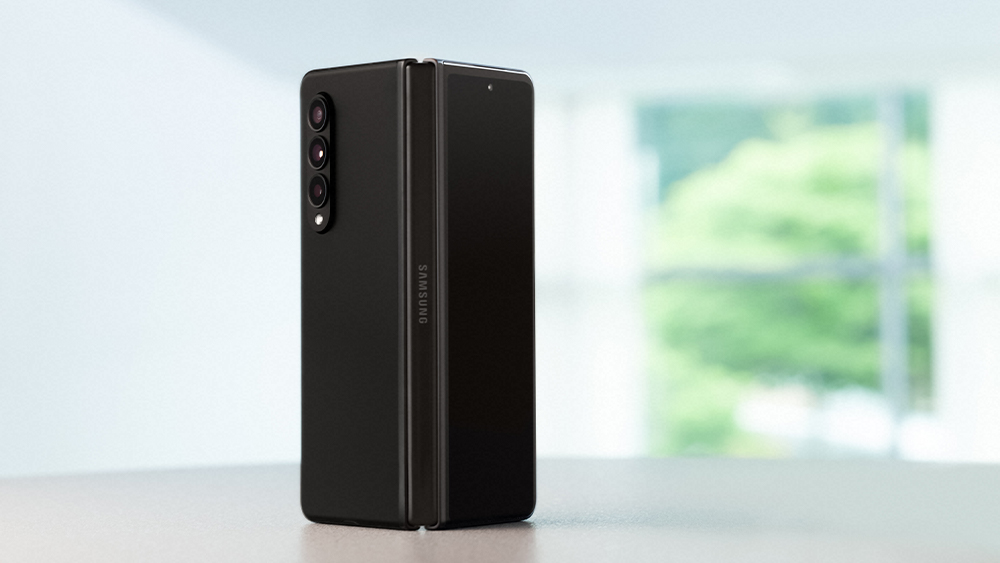 Now in its third iteration, the Galaxy Fold series has been one of the companies most sought-after devices for the past few years–which, isn’t so surprising especially since the unique design still does stand out from a lot of other devices. 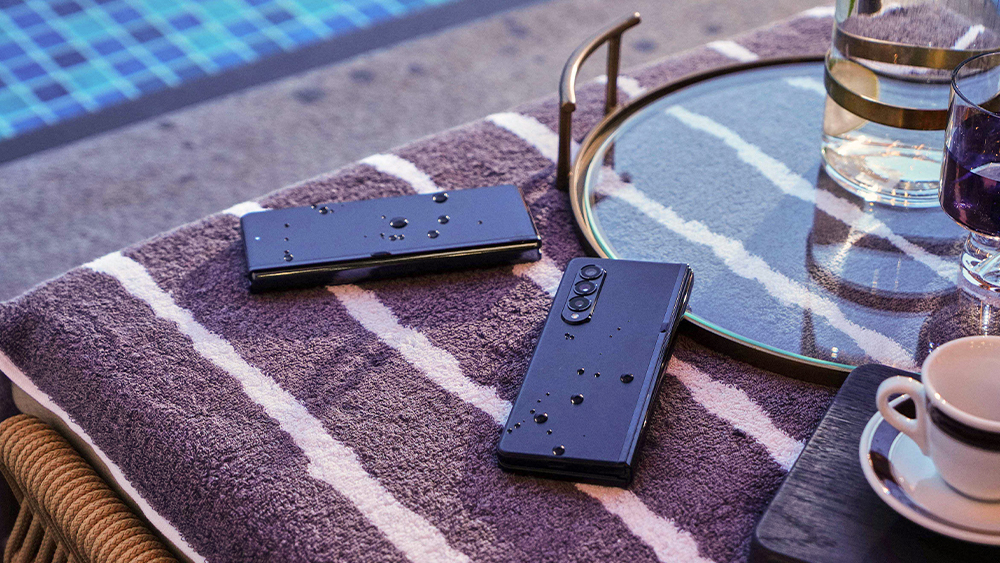 On the outside, the Galaxy Z Fold3 is built with solid metallic construction. It’s slightly slimmer by about 1mm and uses what Samsung likes to call ‘Armor Aluminum’, which is touted to be 10% more durable than last year’s model. It’s not fully waterproof (yet), but it does have an IP68 rating which was something that was missing before, so at least it should at least be safe from splashes. The Z Fold3 uses a triple rear camera set up that’s mounted on the top left side. The main, ultrawide, and telephoto lens all use a 12MP sensor. The whole camera module is slimmer than its predecessors, although still not completely flush. It also supports wireless charging through Samsung’s PowerShare feature, enabling you to juice up your Galaxy smartwatch, Galaxy buds, or any other supported device through the rear panel of the phone. 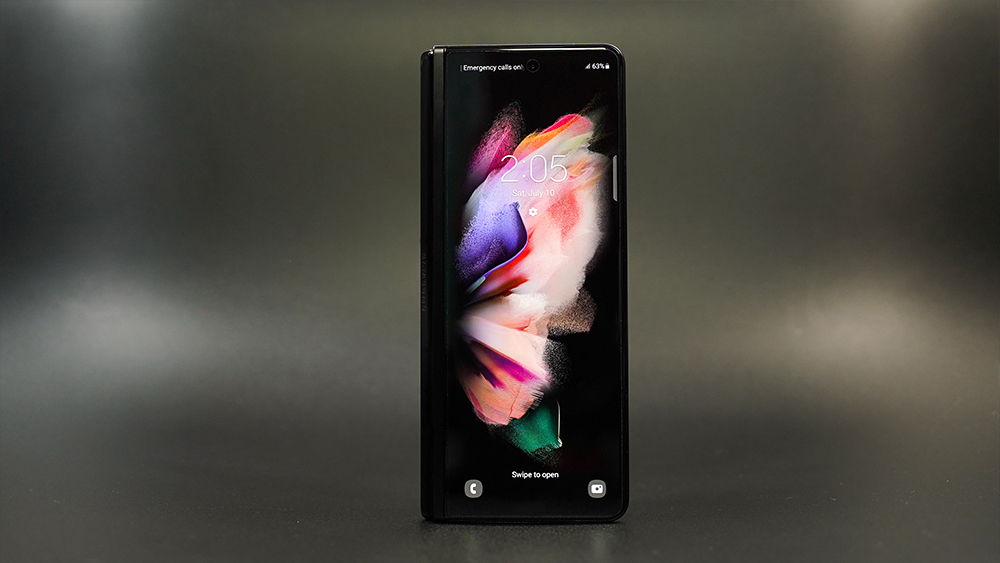 As for the star of the show, the Galaxy Z Fold 3 incorporates an updated display panel. When folded up, you’ll be presented with the 6.2-inch cover display–the same ratio as you would find on the previous generation. 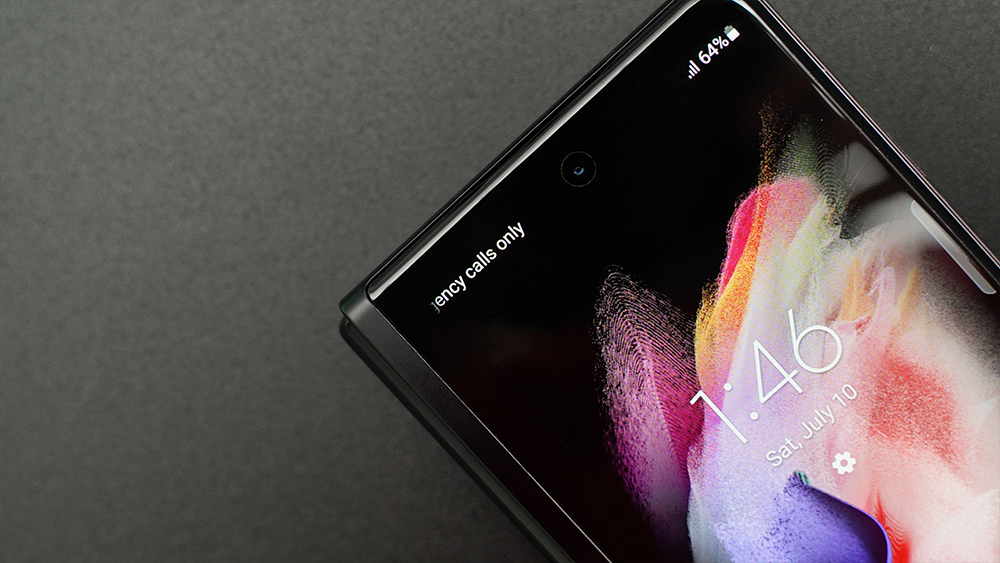 It also now uses a Dynamic AMOLED 2x Display, a refresh rate of 120Hz, and has a 10MP front-facing camera. 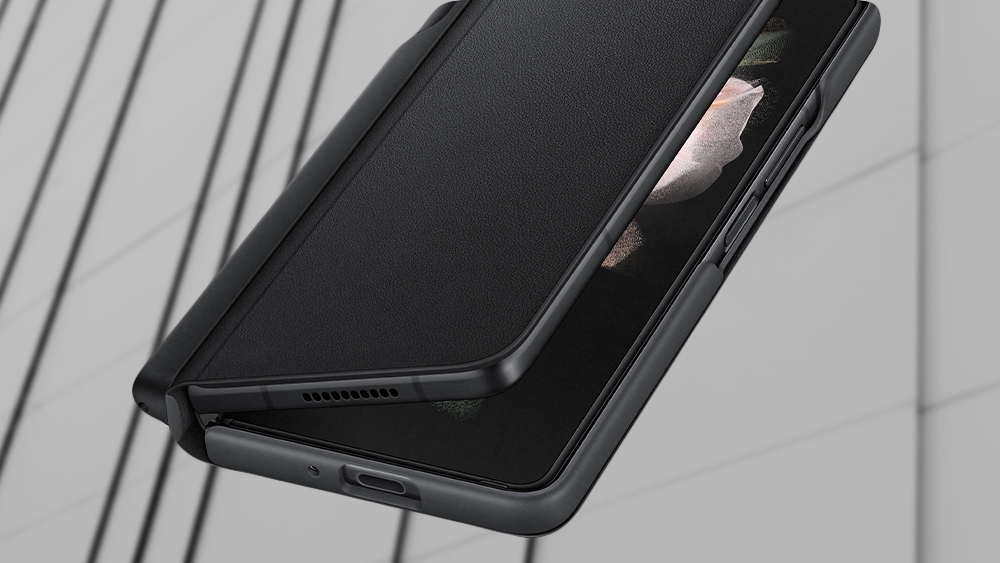 Below, you can find the USB Type-C port and the noise-canceling mic on the right side of the display, while on the left is nothing but the downward-firing speakers. 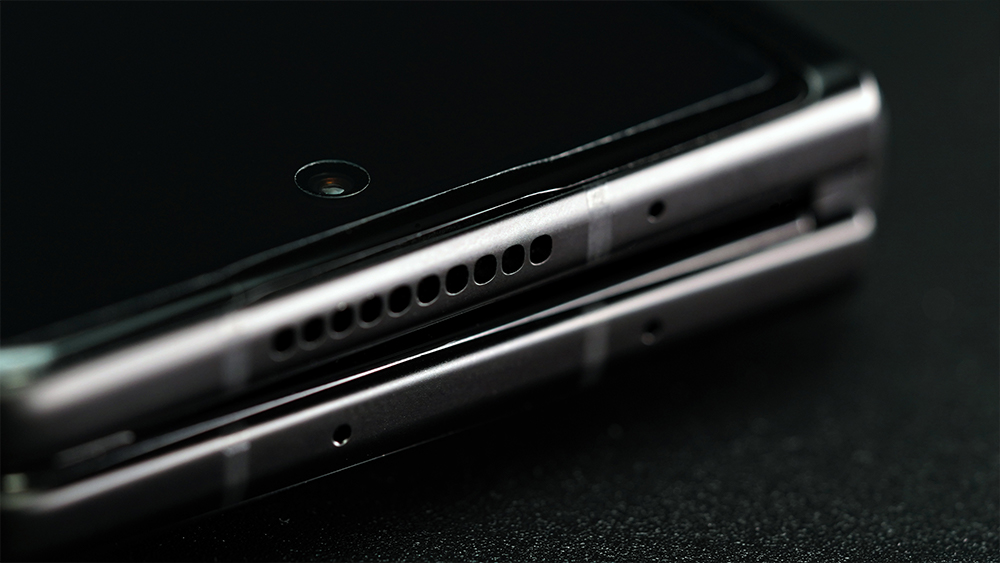 The top also includes another set of speakers, but unfortunately, still no 3.5mm jack on this one. When opened, it features Samsung’s large 7.6-inch Infinity Flex Display with a similar refresh rate as the front screen. It features a new protective film and a redesigned layer structure that Samsung claims is around 80% stronger than the Galaxy Z Fold 2. It’s also protected by Corning Gorilla Glass Victus; which is 50% stronger than Gorilla Glass 6. 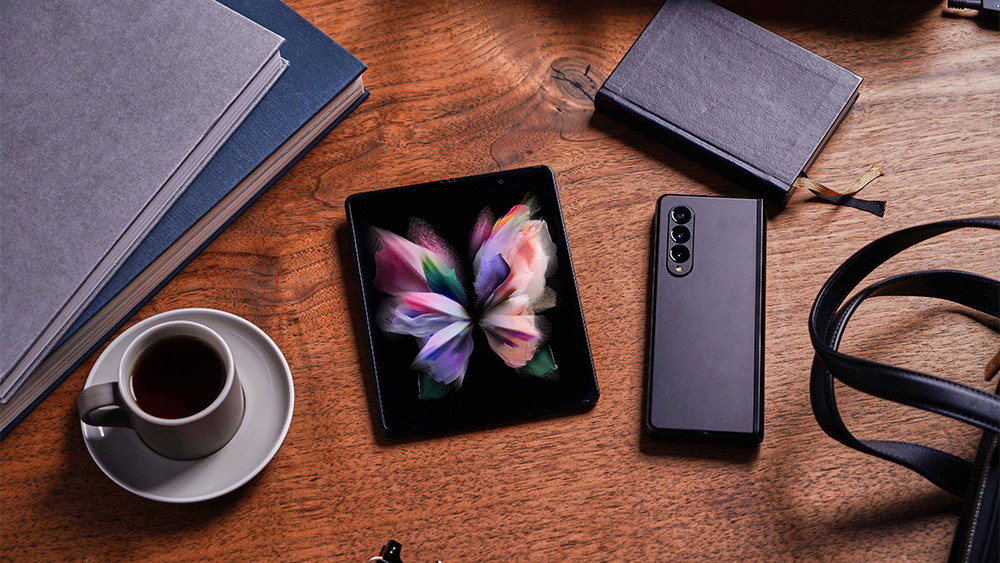 What makes this stand out from the other Fold models is the fact that you won’t be able to find its front-facing camera when unfolded. Well, that’s because it incorporates a 4MP under-display camera, rather than the standard punch-hole style that we’ve gotten accustomed to seeing. Hmm, does that mean the next generation Folds will have under-display on both sides? 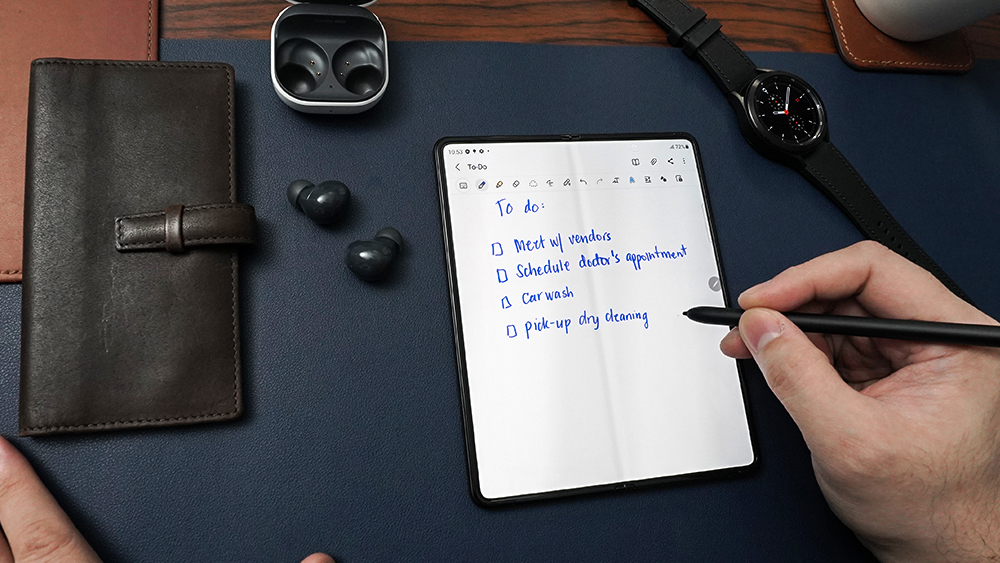 The UI is also updated, with various ways to multitask and maintain user interaction, like a new pinned taskbar, the ability to change app sizes, and a new split-screen mode. Furthermore, the Z Fold 3 is also going to be the first to have ‘S’ Pen compatibility, which was something that used to only be reserved for the company’s popular Note series. We’re glad Samsung decided to trickle this feature over onto this smartphone since we’ll be able to make great use out of its generally large screen real estate. 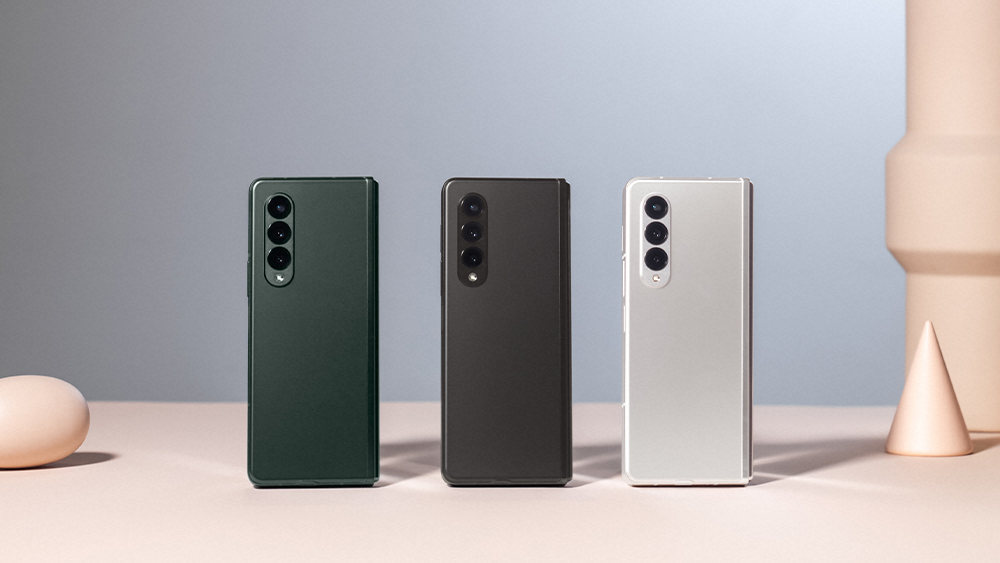