What if Samsung’s latest flagship has a physical button on its chin? Well, looks like Samsung did think about that before taking it away. 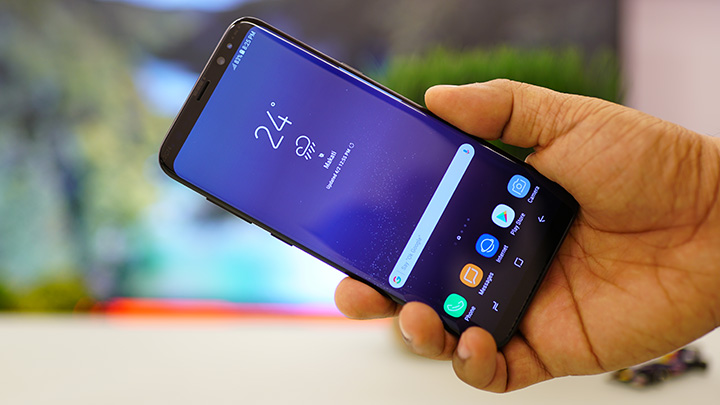 Samsung registered a patent that shows what the Galaxy S8 might have looked like with a physical home button. It’s unclear though if this design actually made its way to the prototype machine.

As told by the drawings, there would still be a bezel-less Infinity Display even they did throw an actual button just below it. It would be a really slim button which, assumingly, also has the fingerprint scanner.

The appearance and performance of any device will always be subjective. One person may like it. The next person will not like it. It’s like the argument that’s made when discussing Android vs. Apple. But, the manufacturer will always do their best to advertise changes to a device as improvements, whether the general public agrees or not. Sales of that device will determine whether the change was actuality an improvement.

Now, the Galaxy S8 is just like any other Android phone. I’m sure the Galaxy S8 is an awesome phone. But, I like the ability to silence the alarm with a simple push of a physical button. I don’t have to see the phone to do that. I can reach in my pocket, or on the night stand and feel the button. There is no searching for a particular spot at the bottom of the phone. Especially if the button is moving. Maybe one of the side buttons on the S8 will do the same thing? But, it’s not the same.

The simple press of a button, and no extra pressure required once that particular spot is found to activate the button, its just that simple. It is just nice to have a physical button to press. And it’s in the perfect location, at the bottom of the phone, easily accessible whether in my hand or laying flat on a table.

I use my Galaxy S7 for navigation. Extra pressure to activate a home button, that moves on the S8, and while I am driving, is not a distraction that I want.  Occasionally I use my phone to take videos or pics while I am driving. Using my peripheral vision, I can reach out to my phone and feel for the physical home button. That simple double press of the home button on my Galaxy S7 activates the camera. Of course I do not condone texting or phone use while driving, but, how many people  actually turn their phones off while driving. That would be the only way to prevent any kind of distraction from a mobile phone. And, of course it would be hard to navigate with the phone off.

How about the double tap to launch the camera, that is a great feature on my Galaxy S7.

The finger print scanner…with the phone sitting flat on a table in front of me, whether at lunch or in a meeting, my Galaxy S7 finger print scanner is available.  I can unlock my phone or a particular app without picking up my phone. That’s a valuable feature when in meetings.

Short of using the camera, a well designed phone will have all the features accessible with it laying on a flat surface, similar to using a tablet.

Configurable buttons…why not make every button on the phone configurable.

As for needing a larger screen…..that’s what the Galaxy Note was for, or a tablet. And the excuse for NO more moving parts, the physical home button has been reliable. And for more usable display….well, again that’s what the Galaxy Note was for. These sound like excuses to justify the removal of the physical home button. Excuses that will be determined by the sales of the Galaxy S8 and at the expense of Samsung customers; customers that will be lost to other phones that the Galaxy S8 now closer resembles.

I have owned almost every model of Galaxy phone, except the S6. The S6 did not have expandable memory. Remember that Samsung! We will see if the absence of a simple button, that I definitely found useful, will have as much of an effect on sales as the lack of expandable memory did on the S6. Good luck Samsung! I will be hanging on to my Galaxy S7 for a while longer, awaiting the future S9. Or maybe, just maybe there will be a Galaxy S8 ACTIVE with a physical home button in the near future.