We got an early hands-on and unboxing of the upcoming Sony Xperia Z and despite the fact that we’ve already tried it several times in the past couple of months, we’re still excited to unbox and use it in the next couple of weeks. 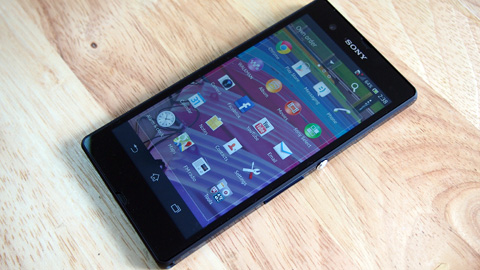 The Xperia separates itself from the rest of the full HD pack by making the handset dust-proof and waterproof. Based from our previous coverage, the Xperia Z is among the most anticipated handset this quarter.

Sony’s simple and elegant design coupled with Qualcomm’s very powerful chipset and a weather-proof construction could out it ahead of ever other handset released in the local market. It is also interesting that Sony employed a Asahi Dragontrail glass in the front and a Gorilla Glass panel at the back. Though not an original design signature (already done by the iPhone 4, Nexus 4 and Optimus G), the use of Asahi Dragontail is the first we’ve seen on a handset.

At 7.9mm, the Xperia Z is also the thinnest handset we’ve seen that was launched in the country this year. If you look at our demo video below, you will definitely notice the sheer thinness o this device:

The Xperia Z also boast of a impressive set of hardware configuration — a 1.5GHz quad-core Snapdragon S4 chip, 2GB of RAM and full HD screen and support for LTE connectivity (we still don’t know if Globe or Smart will support it). 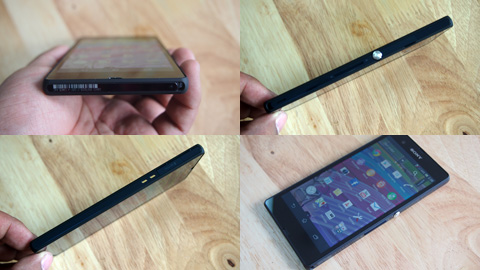 We’ll post the full review of the Sony Xperia Z in a week or two.

The handset is set to be released sometime in April but it is available in online stores for Php29,990 (see listing here).