The OPPO A71 was just announced and made available in other countries and is billed as a smartphone for speed. How is it going to fare against Vivo’s own device called the Y55s which is marketed for the same reason? We decided to put them head-to-head. Let’s start! 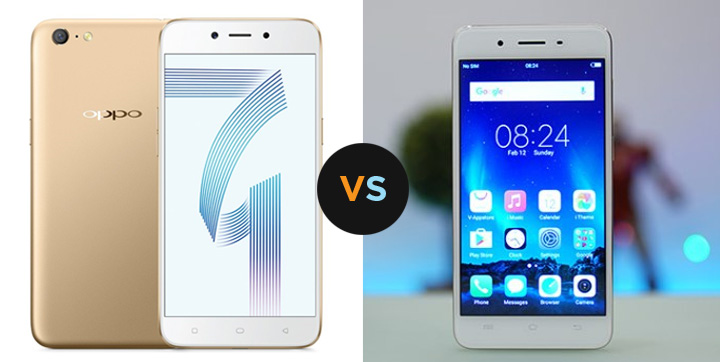 Here are their advantages from each other:

From their spec sheet, we can see that OPPO A71 gives a better gaming performance with its Mali T860 GPU compared with the Vivo Y55S and its Adreno 308 GPU. Aside from gaming, it has a newer Bluetooth version. This smartphone already has ColorOS with Android 7.1 Nougat out of the box compared with Vivo’s Android Marshmallow baked into the FunTouch OS. Lastly, it has a slightly better battery with 3000mAh compared with 2750mAh battery of Y55S.

The Vivo Y55S, however, has a better CPU performance with its Snapdragon 425 chipset comparing with the MediaTek MT6750 chipset of Vivo Y55S. Lastly, the Y55S is OTG capable which you can watch videos, play music, view files directly from an OTG capable flash drive.

As for both of their camera qualities, they have the same camera resolutions in the rear and front camera. The OPPO A71 is yet to arrive in the country, so we do not have sample photos for it yet, while we have sample photos from the Vivo Y55S based on our full review

What are your thoughts? Leave your comments below.