Xiaomi has set the bar with its new world record wired and wireless charging speed at 200W and 120W, respectively. 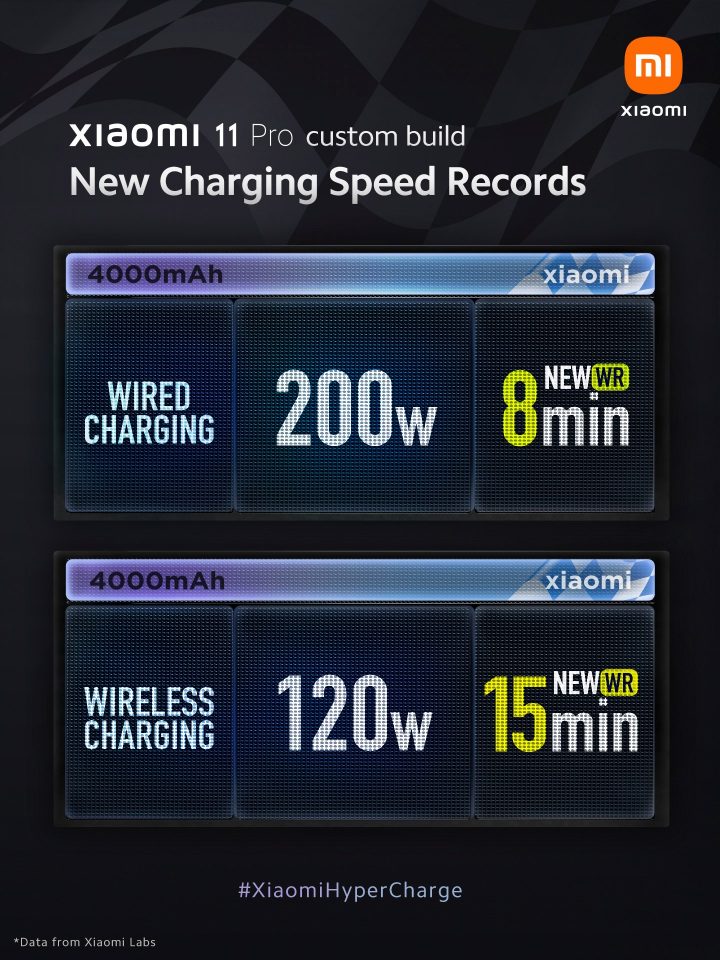 Xiaomi teased its HyperCharge announcement yesterday, May 30 across its social media platforms. Today, Xiaomi showcased its 200W wired charging rate; capable of fully charging a phone for a world record time of 8 minutes. Meanwhile, its wireless charging, at 120W, was able to fully charge its smartphone for 15 minutes. Do note that Xiaomi used a custom-built Xiaomi Mi 11 Pro for its test. Check out Xiaomi’s showcase video below.

The question remains as to what specific devices from Xiaomi will support its new Hyper Charge feature, so stay tuned for more updates on this!

… still not buying it.