Apple on Tuesday has shared a video explaining how its newest feature ‘Crash Detection’ works on the iPhone and Apple Watch. 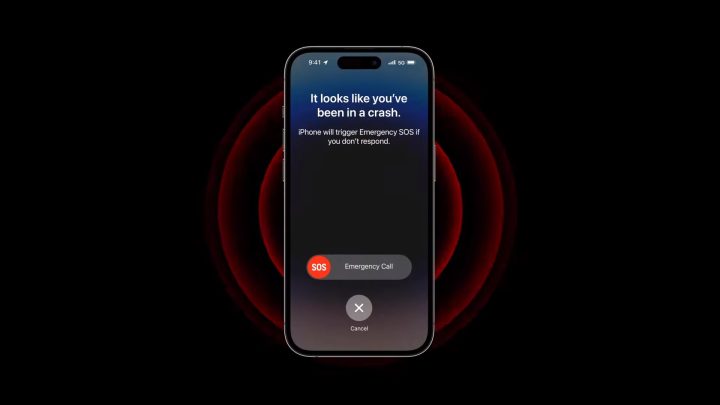 Along with its support page, the compatible devices that will get such feature are the all the iPhone 14 models, Apple Watch Series 8, Apple Watch SE (2nd generation), and Apple Watch Ultra with the latest version of watchOS.

Apple says that Crash Detection is turned on by default. It is designed for ‘severe car crashes’ including front-impact, side-impact, and rear-end collisions, and rollovers—that involves a variety of vehicles like sedans, minivans, SUVs, pickup trucks, and other passenger cars. 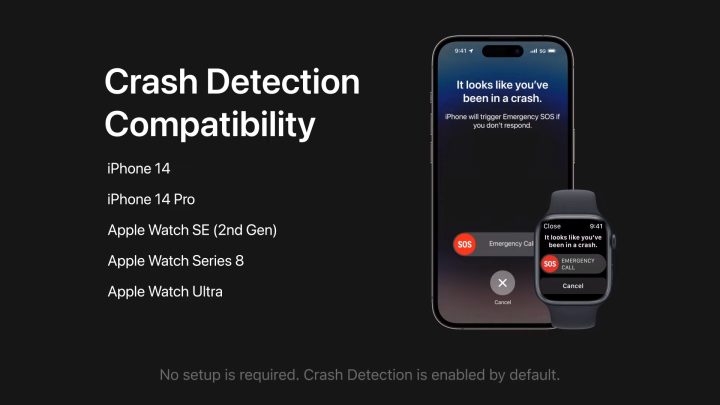 If the device detects a severe car crash, the device shows an alert and sounds an alarm for 10 seconds. If the user is unresponsive, the device starts another 10 second countdown and will automatically connect to emergency services, as well as emergency contacts.

Then the device will send the location as latitude and longitude coordinates, regardless of whether the user has enabled Location Services.

For this to work, the Crash Detection feature combines motion algorithms from the devices’ several hardware including gyroscope, accelerometer, GPS, barometer, and microphone.

That motion algorithm is said to be “trained with over a million hours of real-world driving and crash record data” for detection accuracy.

Users may also turn off the feature on one of their Apple devices and it is automatically turned off on other paired devices.

Does this support motorcycle crash incidents.