Facebook mobile may be getting a Dark Mode soon

Facebook mobile may be getting a Dark Mode soon

Facebook has confirmed that it’s testing Dark Mode for mobile. 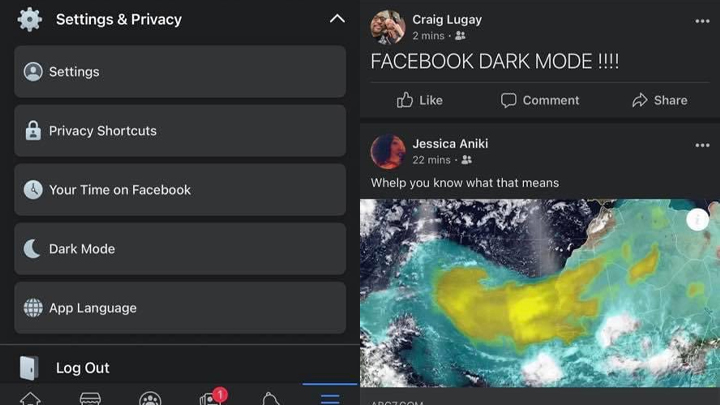 Posted by @NotFridayCraig, on Twitter, a select number of mobile users may now turn on dark mode in the options menu in the app’s settings. Unfortunately for the dark mode lovers, only select devices are capable of this feature.

Facebook appears to be rolling out Dark Mode… https://t.co/qSfDa8d51e

The Facebook company has already successfully launched dark mode in their other apps, including Messenger, Facebook Light, WhatsApp, and Instagram. While it’s unclear why the company’s most successful app is getting the update last, Social Media Today notes, it may be due to Facebook ‘s large userbase spread across different regions with varying connectivity.