Always wanted to watch your favorite movies and series on-the-go? HBO Asia earlier today made that possible at the launch of the HBO GO. It’s basically a broadband streaming service for your computers, tablets, and smartphones. 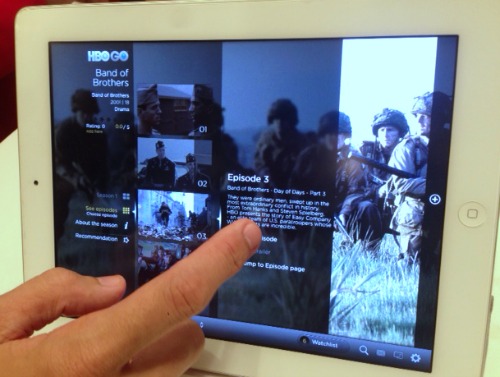 HBO GO, which is exclusive to SKYcable, allows subscribers to enjoy over 1,000 hours of streamable media from its extensive library of movies, concerts, documentaries, and series. Popular titles include Game of Thrones, True Detective, and even all-time favorites like Sex and the City and Band of Brothers.

With HBO GO, latest episodes can be watched before they are even aired on HBO; just 12 hours after they premiere in the U.S. Take note that these shows are uncut for your enjoyment. If children were to watch, there’s a parental control setting for their safety.

Up to three devices can be registered to the service. One neat feature is its interconnectivity where you, for example, can pause your movie on the computer and resume where you left off on your tablet. This way, you get to finish what you were watching even though you’re mobile.

This streaming service can be accessed from tablets and smartphones thru a free app downloadable from the App Store and Google Play Store. Desktops and laptops, on the other hand, can access HBO GO by going to www.hboasia.com from their browsers.

HBO GO comes free for people subscribed to HBO Pak, but it’s an additional Php199/month for SKYcable subscribers with HBO channel in their basic plan.