China Telecom has jumped the gun and prematurely announced the iPhone 6 ahead of the official Apple announcement on September 9.

The announcement was made by China Telecom in their official Weibo account and though they have deleted the post, it was quickly shared by readers. 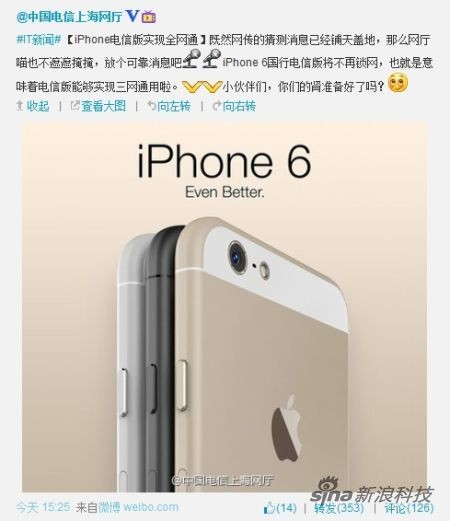 The poster shows 3 color variants of the iPhone 6 along with a few details about the device.

There were several leaks of the iPhone 6 before (see here) but this one by China Telecom puts a lot of credence to it.

We’re also been able to go hands-on with several iPhone 6 cases from Spigen here which puts the display size at 4.7 inches.

Update: Looks like the photos used by China Telecom is based on a concept design from Behance.net derived from all the recent rumors and leaks.