Last time, Netflix confirmed that they will be entering the mobile game industry, sharing that the mobile games will be included in the standard Netflix subscription at no additional cost. 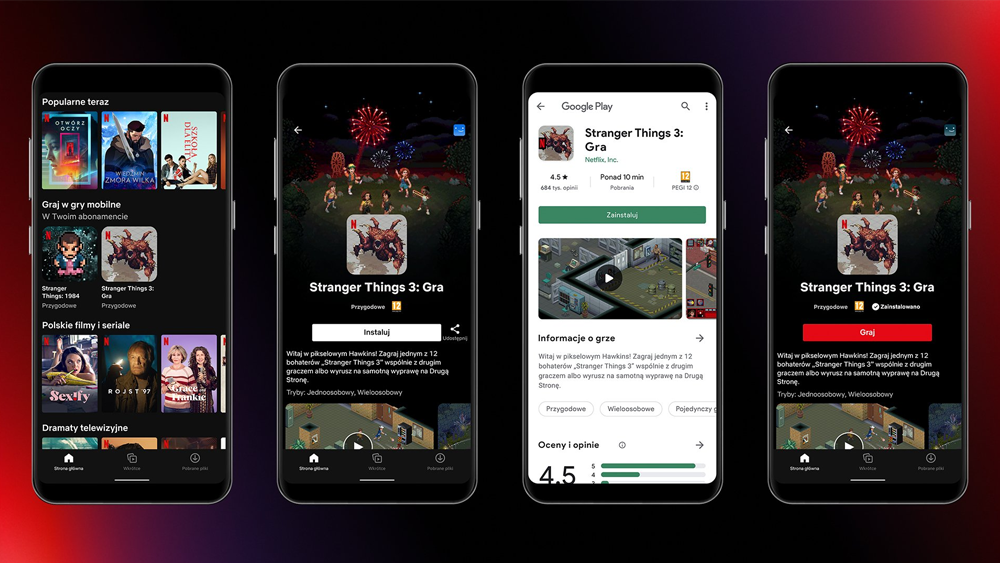 This time, Netflix rolled out two mobile games to its subscribers in Poland through the Android app, stating the following, “Today members in Poland can try Netflix mobile gaming on Android with two games, Stranger Things: 1984 and Stringer Things 3…”

Today members in Poland can try Netflix mobile gaming on Android with two games, Stranger Things: 1984 and Stranger Things 3. It’s very, very early days and we’ve got a lot of work to do in the months ahead, but this is the first step. https://t.co/yOl44PGY0r

From the images displayed, it can be noted that these games can be accessed through the Netflix app, and will then direct the subscriber to its Google Play page for download. Netflix states that its subscribers will expect no ads, no in-app purchases and will have all games included along with their regular membership.

Information about its deployment for other countries has not been given. So stick around for more updates on this.