NVIDIA unveiled the GeForce RTX 40 Series of GPUs, designed for gamers and creators, with their new ADA Lovelace architecture and DLSS 3.

The world’s first GPUs based on the new NVIDIA Ada Lovelace architecture, the RTX 40 Series uses AI to generate pixels. “The age of RTX ray tracing and neural rendering is in full steam, and our new Ada Lovelace architecture takes it to the next level,” said Jensen Huang, NVIDIA’s founder and CEO, at the GeForce Beyond: Special Broadcast at GTC. “Ada provides a quantum leap for gamers and paves the way for creators of fully simulated worlds. With up to 4x the performance of the previous generation, Ada is setting a new standard for the industry,” he said.

Huang also announced NVIDIA DLSS 3 — the next revolution in the company’s Deep Learning Super Sampling neural graphics technology for games and creative apps. The AI-powered technology can generate entire frames for faster gameplay. It can overcome CPU performance limitations in games by allowing the GPU to generate entire frames independently. The technology is coming to some popular game engines, such as Unity and Unreal Engine, and has received support from many of the world’s leading game developers, with more than 35 games and apps coming soon.

Additionally, the RTX 40 Series GPUs feature a range of new technological innovations, including: 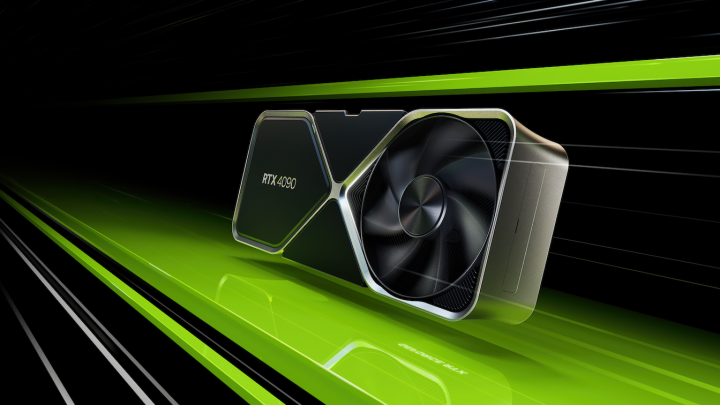 The new third-generation RT Cores have been enhanced to deliver 2x faster ray-triangle intersection testing and include two important new hardware units. An Opacity Micromap Engine also speeds up ray tracing of alpha-test geometry by a factor of 2x, and a Micro-Mesh Engine generates micro-meshes on the fly to generate additional geometry. The Micro-Mesh Engine provides the benefits of increased geometric complexity without the traditional performance and storage costs of complex geometries.

See also  U.S. to ban large electronics in cabins on flights from 10 airports NVIDIA Lightspeed Studios have used RTX Remix to reimagine Valve’s iconic video game Portal, regarded as one of the best video games of all time. Advanced graphics features such as full ray tracing and DLSS 3 give the game a striking new look and feel. Portal with RTX will be released as free, official downloadable content for the classic platformer with RTX graphics in November, just in time for Portal’s 15th anniversary.