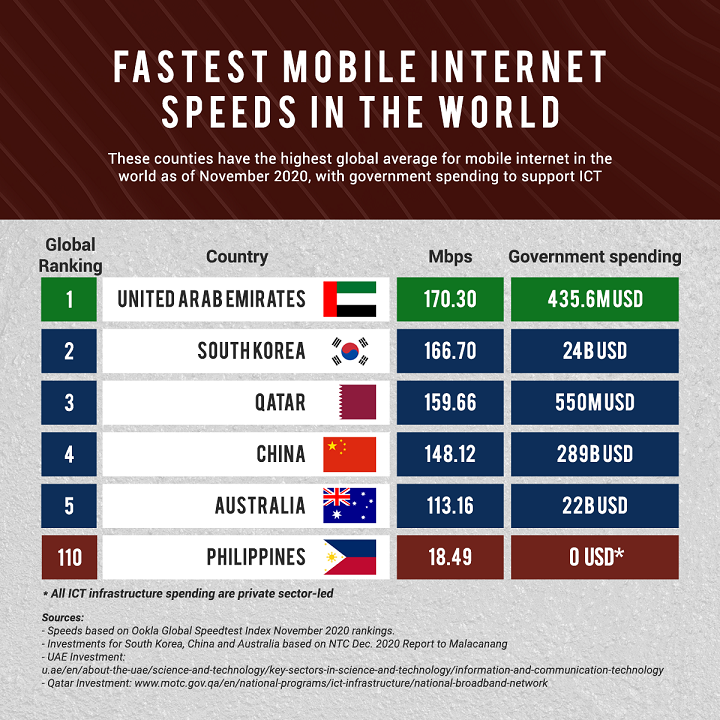 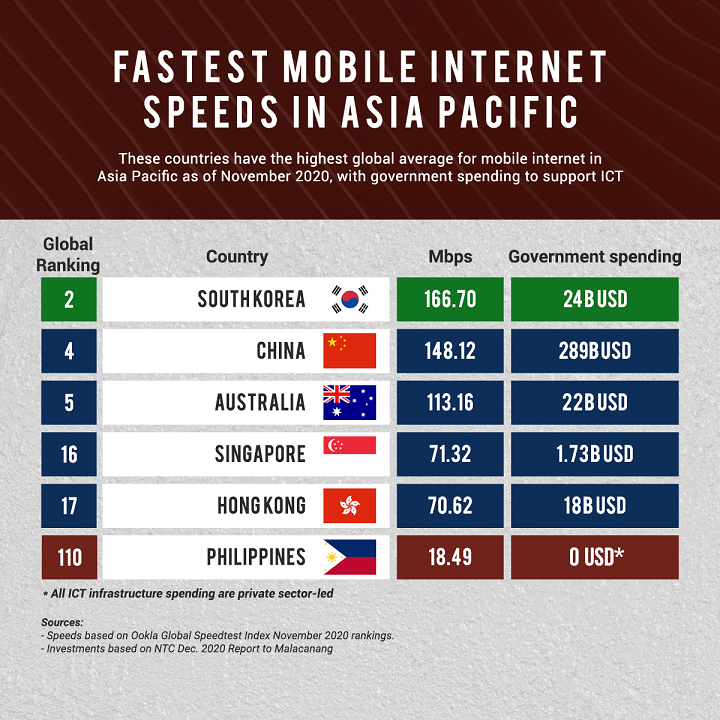 On the other hand, South Korea tops the Asia Pacific list with the average mobile internet speeds of 166.70Mbps. Other countries in the Asia Pacific, which have average mobile internet speeds of over 70Mbps, include China (148.12Mbps), Australia (113.16Mbps), Singapore (71.32), and Hongkong (70.62). These countries place fourth, fifth, 16th, and 17th, respectively.

It’s also worth noting that the countries with the highest global average for mobile internet have substantial government support. Meanwhile, investments in telecommunications infrastructure in the Philippines have been entirely privately-led, suggesting that most ICT infrastructure spendings in the country depend on the private sector.

To recall, the Philippines placed 111th in the global ranking in October 2020. However, the country, which now ranks 110th, is identified as the second nation with the slowest internet speed among the 10 ASEAN member countries at 18.49Mbps.