Premium smartphone segment is growing according to report

In Counterpoint Research’s Market Pulse December 2018 report, they found that globally, the premium smartphone segment grew despite the slowdown in the smartphone market. Companies such as Apple, Samsung, and Chinese OEMS such as Huawei, OPPO, VIVO, and OnePlus led the growth in the 2018 market. Prices have increased to an entirely new level since Apple launched the iPhone X. Among the premium segment, the USD 800+ (~PHP 40,000+) ultra-premium segment grew the fastest at +18%, compared to 2017 when it was only about 8% of the premium market. Apple dominated the USD 800+ category with about 80% shares. 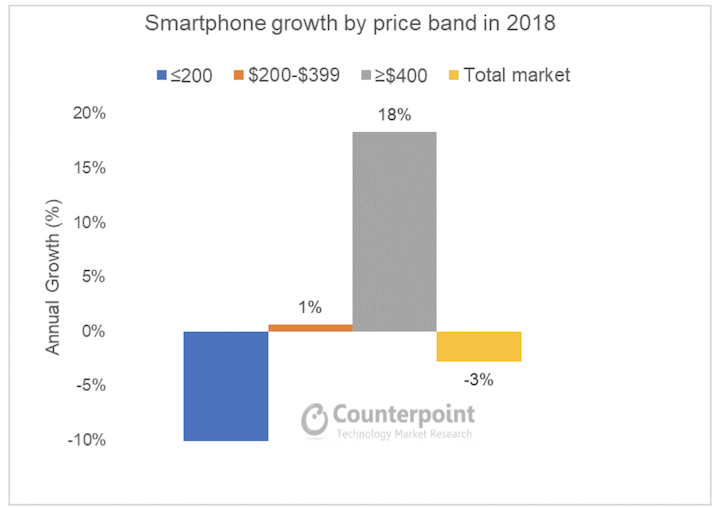 In the global premium smartphone segment, Apple captured about 51%, with Samsung following at 22%, and Huawei at 10%.

The USD 400-500 (~PHP 20K-26K) segment, also called the affordable premium segment, had the largest volume in total premium sales. OnePlus retains their top position as the fastest growing brand in the USD 400-600 segment. Its success in India drove a record number of shipments in a single year. Counterpoint’s research also found that consumers are now willing to spend more on their device, although they tend to hold on to it for an extended period, thus slowing down the market growth. Despite that, the trend of premium smartphones is likely to continue rising, notes Counterpoint.