VIVO has announced a new APEX smartphone launching next week. 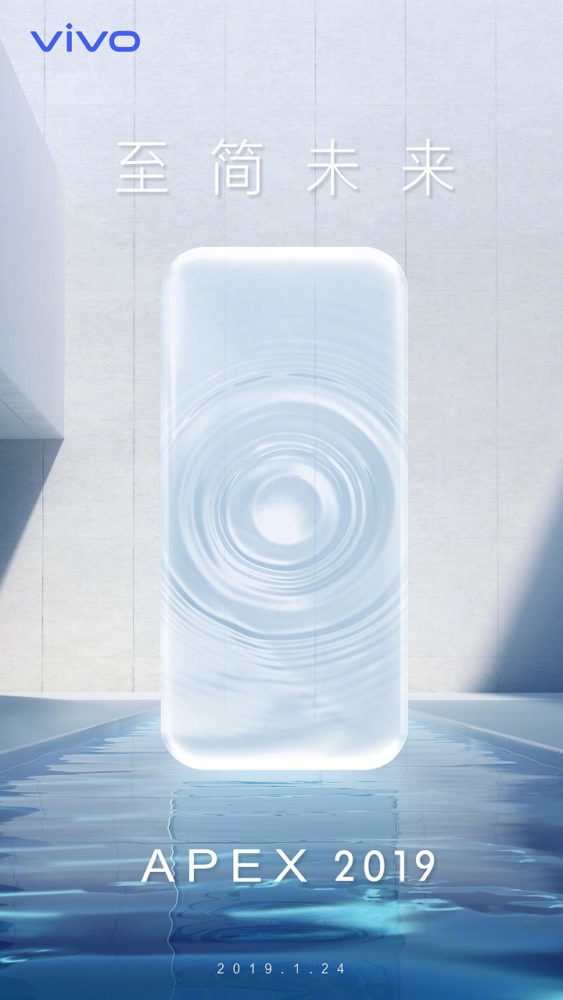 Simply dubbed as the APEX 2019, the announcement posted on its Weibo channel confirms that the company plans to introduce a new full-screen smartphone to the masses. Vivo only indicated the name of the device in the teaser poster, and the company has yet to release other details yet such as the handset design, chipset, storage, and RAM.

The company is no stranger to the APEX concept as they showcased their APEX concept smartphone at last year’s Mobile World Congress. The concept smartphone featured a near-perfect bezel-less front and an upgraded fingerprint sensor that measures almost half the screen. Vivo then released their flagship smartphone, the Vivo NEX, based on the concept. The NEX sports a practically bezel-less display with a 91.24 percent screen-to-body ratio and a slide-out front camera.

With the next MWC taking place on February 25, rumors suggest that VIVO might be basing their new flagship on theupcoming APEX 2019 concept.