Xiaomi recommits itself to the protection of its customer data after the conclusion of its annual Security and Privacy Awareness Month. Employee training events and expert seminars were held at the Xiaomi Technology Park in Beijing, China, as well as at Xiaomi’s Technology Operation Center in Singapore. In its third consecutive year, Xiaomi has held special classes for its engineers and other employees that led discussions with industry executives, IT security experts, and everyone else about the how important data security and user privacy protection is.

Xiaomi builds trust in its products through transparency and accountability by reinforcing user security and privacy protection practices.

Overall, this involved the cooperation of cybersecurity experts, smartphone operating system engineers, lawyers, and legal compliance experts, to oversee these specialists is a Security and Privacy Committee led by senior executives.

Cui Baoqiu, Xiaomi Vice President and Chairman of the Xiaomi Security and Privacy Committee, called data security and user privacy protection a key to the long-term, sustainable development of the company’s global business. “Protecting the data security and privacy of our users is the top priority,” he said. “Our customers care about this issue more than any other. Xiaomi is committed to offering safe and reliable Android smartphones and IoT products.”

Eugene Liderman, Director of Android Security Strategy of Google, highlighted Xiaomi’s contribution to the Android system. “One of Android’s biggest strengths is the diverse ecosystem of partners. Xiaomi is a great example of this and it’s great to see their continued investment in cyber security hygiene across their product portfolio”, he added.

Professor Liu Yang, School of Computer Science and Engineering, Nanyang Technological University, said, “As the security challenge is becoming the focus of many technology discussions, industry stakeholders attach more importance to the urgency of managing vulnerabilities at hardware, software and even in the massive open-source space. Xiaomi has made a tremendous effort to address the issue, safeguarding users with technology expertise, and continuously exploring new methods for better data protection.” During the June event, Xiaomi announced that its Electric Scooter 4 Pro obtained IoT Security Rating Gold level certification from Underwriter Laboratories Inc, an international safety research institute based in the U.S. This designation made Electric Scooter 4 Pro the world’s first electric scooter with such a high-level safety rating. The certificate also indicated that the security baseline of Xiaomi’s IoT product development is in line with international standards. 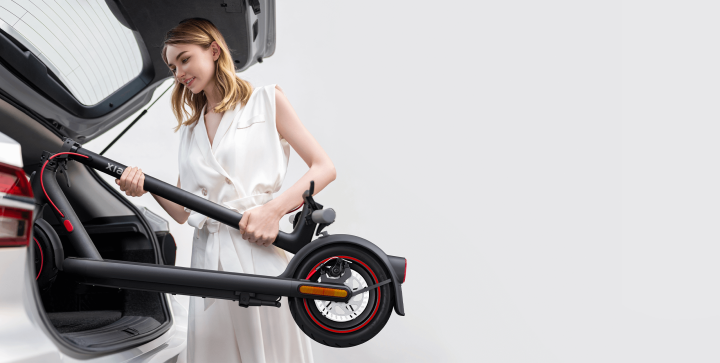 Xiaomi created its Security and Privacy Committee in 2014. In 2016, Xiaomi became the first Chinese company to receive certification from TrustArc. Xiaomi adopted the General Data Protection Regulation (GDPR) of European Union compliance assessment in 2018. In 2019, Xiaomi security and privacy practices were certificated on ISO/IEC 27001, ISO/IEC 27018. Last year, Xiaomi published its first transparency report, making it the first Android smartphone brand to do so. Xiaomi this year obtained the certificate of registration of NIST CSF (National Institute of Standards and Technology, Cybersecurity Framework), further strengthening its data security protection capabilities.