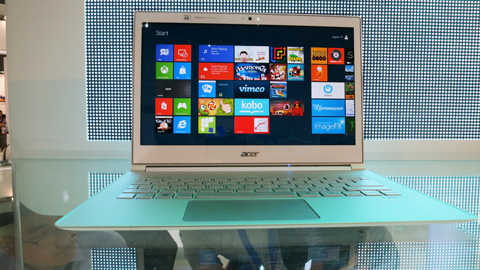 Acer did not really include any odd feature on the pair of Aspire S7 ultrabooks. First, they made the full HD display to be touch-capable so you’re able to navigate the Metro UI of Windows 8.

They’ve also redesigned the hinge of the S7 so that you can flip it on its back at exactly 180 degrees so it lies flat on its back. And instead of using an aluminum lid to replace the cheap plastic they used in the S3, the S7 has a glass lid (at east for the 13-inch that we saw). 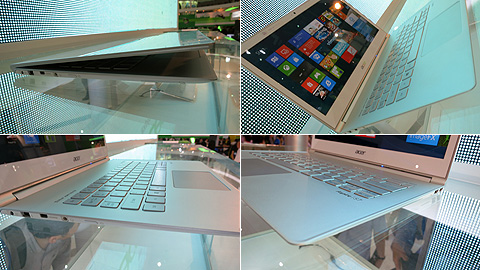 The 11.6-inch variant does not seem to flip a full 180-degrees (just around 140-degrees or thereabouts) and the glass panel at the back of the lid that’s present in the 13.3″ is also absent in favor of what could be an aluminum alloy. 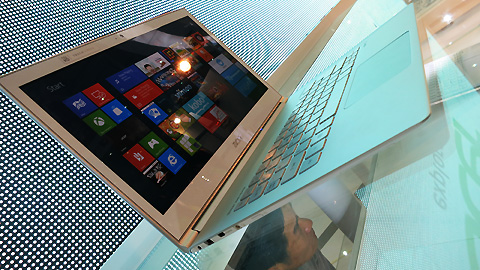 The 11-inch S7 is rated with 9 hours of battery life while the 13-inch allegedly does up to 12 hours on a single full charge.

Acer will eventually release these new ultrabooks once Windows 8 becomes available. As for the price, it will depend on the configuration but the minimum price will still start at $999.