Huawei MateStation S: A compact desktop for the home & office

Huawei MateStation S: A compact desktop for the home & office

With the mass shift of employees to work-from-home setups brought upon by the COVID-19 pandemic, the demand for computers has had a swift rise. This is by no means limited to laptops, as desktops too still have a place in the home. The Huawei MateStation S is a solid response to this surge, as an entry to the otherwise dull home/office pre-built segment.

Huawei is no stranger to computers and albeit having focused primarily on laptops, the MateStation S definitely shows that. The entire package, which includes the Huawei MateStation S, Huawei Display 23.8″ monitor, keyboard, and mouse, delivers a sleek but functional design. The tower itself is quite compact; its size similar to roughly an 8-stack of magazines. The front of the case has an interesting diagonal pattern that helpfully serves as the front air intake. It’s also nice to see an exhaust grille on the left side panel, as small form factor computers generally need all the help they can get for airflow. 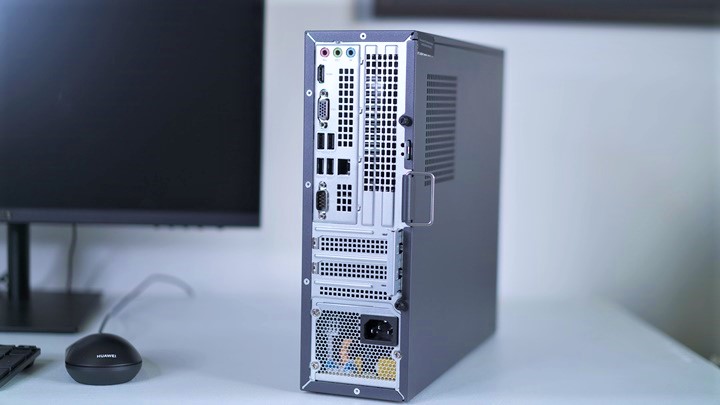 The front I/O is minimal, only including the power button, one USB-A port, one USB-C port, and a 3.5mm combo audio port. The rear I/O features pretty standard ports, including HDMI, VGA, four USB-A, and ethernet. Interestingly though, we also get more audio options in the form of a mic-in, line-out, and line-in. Strangely, we also get a serial port — which I guess is kind of cool if you’re like me and nerd out over all things PC hardware. 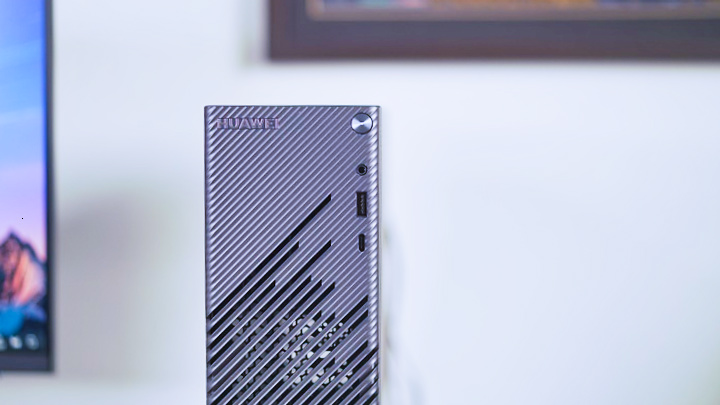 Taking off the side panel and checking the inside, there is actually a lot of room here for upgrades. It uses two SO-DIMM RAM slots, and only one 8GB stick is installed by default. There are not one, but two M.2 NVMe SSD slots, but that’s not even it for storage. A SATA port is also onboard, though there are no natural mounting points for 2.5″ drives anywhere on the case. There are even PCIe x16 and PCIe x1 ports, so you could technically connect a graphics card, provided that it doesn’t need PCIe power cables, as the MateStation S’s power supply does not provide these. 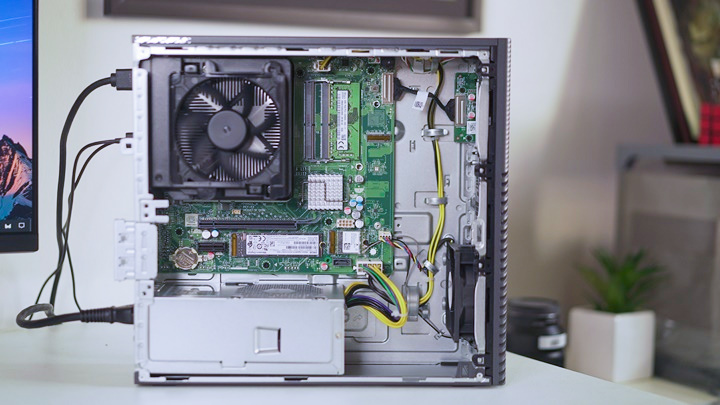 Overall, it’s a cool machine especially for what it is and shows attention to detail. The cables inside are well managed, airflow is good, and the Space Gray color looks sleek. The hardware is also quite solid, as the AMD Ryzen 5 4600G APU, 8GB of DDR4 3,200MHz RAM, and 256GB NVMe SSD are definitely more than enough to perform office/school-related tasks. However, it will also even be able to speak by with some degree of decent gaming performance, though limited to low graphics settings on more esports-centric games like CS:GO, Valorant, League of Legends, and Dota 2. 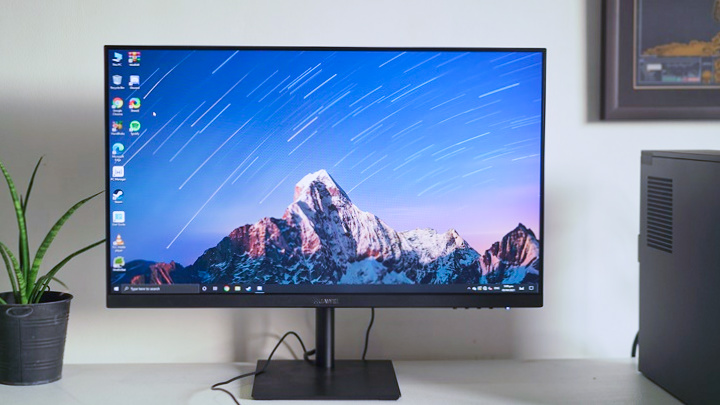 Now checking out the monitor, the Huawei Display 23,8″, it can only be described as basic. The design is simple, with nice slim bezels and a low-profile stand. It uses an IPS panel running at 1080p 60Hz, providing viewing angles and enough detail and color accuracy for most tasks. It can only tilt a little bit down, and a little bit more up, but doesn’t rotate on either axis. It does, however, have a 100x100mm VESA mount, in case you want to use an arm for more mobility. The only input ports are one HDMI and one VGA, matching those on the MateStation S.

Finally, the peripherals. I don’t have much to say about the included mouse other than that it’s the most basic mouse imaginable, which isn’t to say that it won’t be enough for most people, though I would urge anyone to get something better. 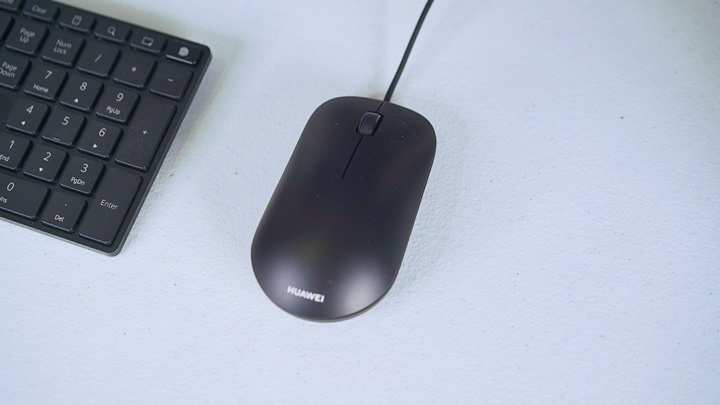 The keyboard though is another story. While I do suffer from the bias of loving mechanical keyboards, I can say that Huawei’s keyboard here is actually pretty cool. The membrane keys aren’t that difficult to get used to and have a nice full layout. The design is slim and sleek, which definitely matches the MateStation S’s aesthetic. And to top it off, it includes a fingerprint reader on the upper right, which isn’t a feature that almost all other keyboards can boast about. 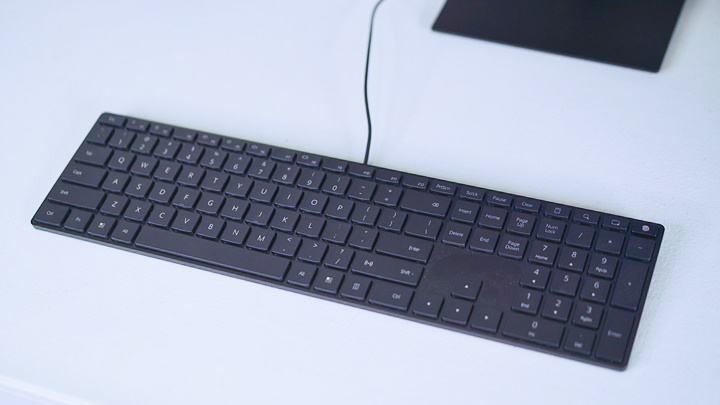 As an entry to the home & office pre-built PC segment that not only mostly serves businesses, but a lot of consumers now too, the Huawei MateStation S is looking like a winner. It comes in the perfect form factor, is well-designed, and is priced pretty reasonably at PHP 30,999.

The Huawei Display 23.8″ is a solid basic monitor, but for what it is, the PHP 7,999 price tag isn’t that attractive when you consider that for less money, you can easily get another monitor of the same caliber. The Mi Desktop Monitor 1C at PHP 5,490, comes to mind. The included Huawei mouse is nothing to write home about, and if you care about ergonomics, you can do a lot better. And if you’re not cursed with the love for mechanical keyboards, the Huawei keyboard definitely fits the setup. But overall, as an all-Huawei package, the whole MateStation S setup can easily be at home in well, your home.