Immersive gaming with the LG 32GN500

If you guys are looking for a large gaming monitor that won’t break the bank then you might want to check out LG’s 32GN500 gaming monitor. It checks most of the boxes that gamers are looking for in a monitor plus it gives you that large 32-inch (31.5 to be specific) screen that can make things more immersive if you’re not into pixel peeping. 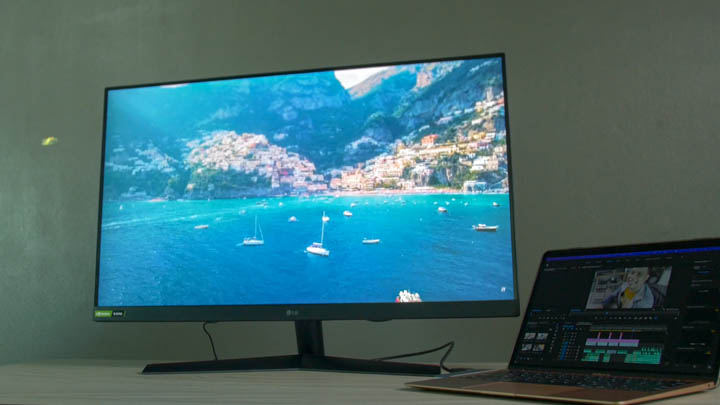 As I said, the LG 32GN500 is a 31.5-inch gaming monitor that features a 1920 x 1080 resolution and a max refresh rate of 165Hz. It has a VA panel as well, so expect deep blacks and good contrast on this monitor. The monitor comes in this very minimalistic design with a hint of gamer aesthetic. 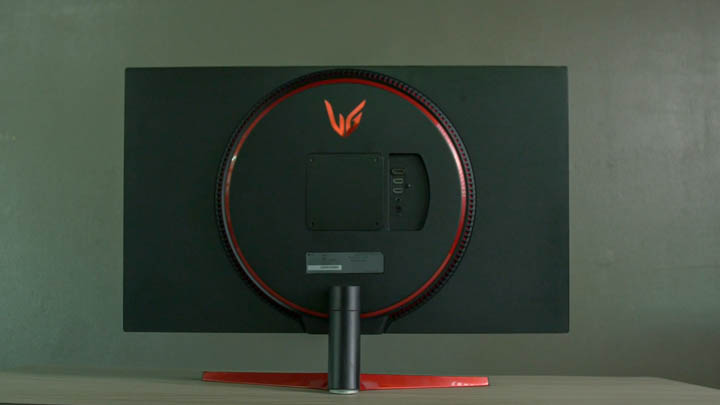 There’s that red ring at the back and LG’s gaming logo that tells people that this monitor is gaming first. Aside from that though, the flat panel in front and the stand don’t really stand out from other monitors out there. Speaking of the stand though, don’t expect to have movement with this one, it only allows for tilt adjustment. If you’re looking for something more than that, then I suggest buying a VESA monitor arm instead. 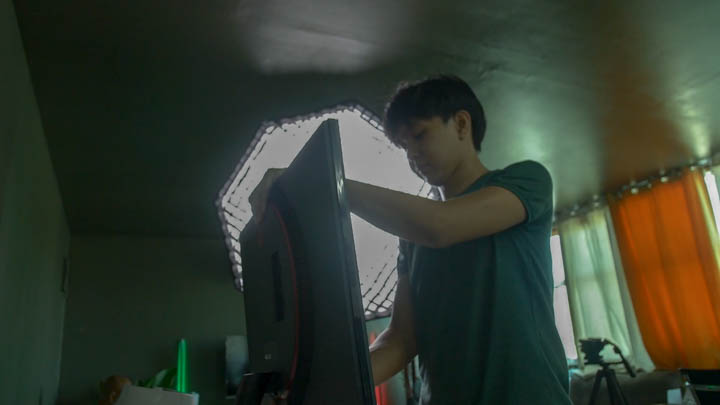 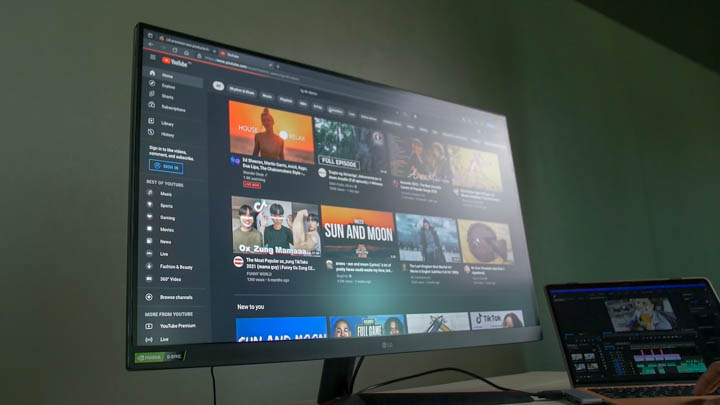 The answer to that depends on what you’re going to use this monitor for. If you’re simply just gaming on this device, then yes, I’d say you’d have a great time using this monitor. The immersion it gives you along with the high refresh rate can certainly outshine whatever pixel density it might lack. From our initial testing, colors look great on this monitor and for gamers out there, input lag and response times are great. Playing fast-paced games such as Valorant and CoD: Warzone, I really didn’t feel any input lag and everything was smooth sailing when it came to this department. I enjoyed immersing myself in the big screen, and when you’re already in the game you really don’t notice the lack of pixel density on this monitor. That changes though when you’re using it for content creation or even browsing the web. You’ll be able to see that text clarity isn’t the best, definitely not bad, but could be better. With a larger screen estate, you’d expect to be able to put more things on your desktop, that’s actually wrong, with the same Full HD resolution, everything is just blown up to a bigger size. Playing graphic-intensive single-player games might leave you wanting a bit more in terms of graphical fidelity, but then again, this monitor isn’t aimed at high-end graphic games. Media consumption is also not a problem with this monitor. Watching YouTube, Netflix, and the like, everything just seems more immersive as you’re sitting in front of this massive screen. So in that regard, this monitor does its job very well. 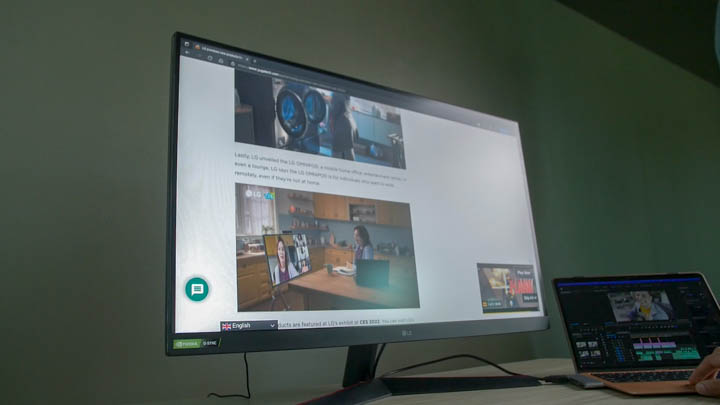 When it comes to brightness, this monitor does get very bright. So using it by a window won’t be a problem. As previously mentioned, having that VA panel gives you exceptionally good blacks and high contrast ratio. From a first look perspective, color accuracy seems on point as well, though we really haven’t had the time to use our tools to test the exact color accuracy of the monitor, we can initially say that it’s better than most out of the box. Lastly, this monitor features HDR, but as with any budget gaming monitor like this, I’d recommend you guys skip the HDR as it doesn’t really give you a better picture. 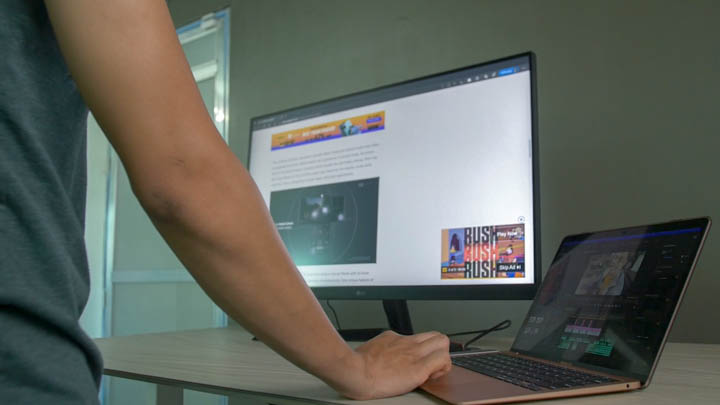 As for ports, the LG 32GN500 comes with 1 DisplayPort 1.4, 2 HDMI 1.4 ports, and 1 3.5mm audio out. No speakers are built into the monitor as well. This is fairly sufficient for a budget gaming monitor and I wouldn’t complain too much about this. 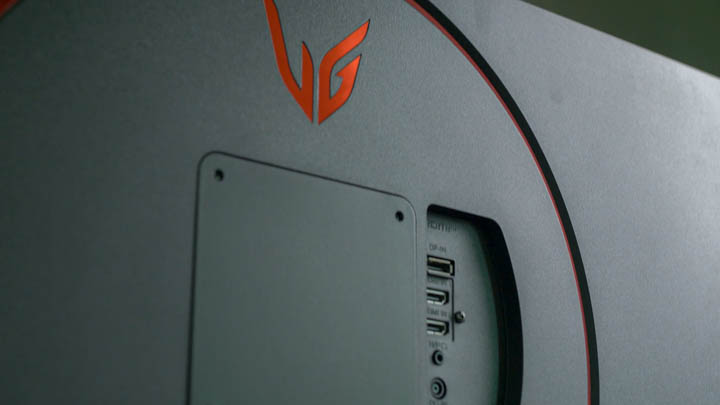 The OSD of the device also is a plus for me. LG has given us a very gamer-y OSD that’s very easy to navigate using the nub at the bottom of the device. Here you can change your color profiles, response times, and more of the device.

Lastly, the device is AMD FreeSync compatible and also G-SYNC capable. This, along with the fast refresh rate of the monitor ensure users a very smooth experience with minimal to no screen tearing. This is great as monitors at this range aren’t all compatible with G-SYNC. So, should you buy the LG 32GN500? At around PHP 18,000 I’d say that it’s a good deal. You get a very fast monitor and a really big real screen estate that immerses you into whatever game you are playing. The only con I can give it would be the pixel density of the monitor but again, you’re not buying this monitor for supreme graphical fidelity. If you want a serious gaming monitor to play your competitive FPS games at a reasonable price, then the LG32GN500 should be a part of your list.