When I was a kid I dreamed of a time when I had small devices, like cellphones, tablets, or even a laptop that was able to play all the games I wanted to play on that device. Slowly but surely, tech over the years has evolved and graphically intensive games trickled down to these pocket-sized devices. But I did not expect a device like the ASUS ROG Flow Z13. This device is downright ridiculous as to what I can do with it. It is everything and more that I’ve ever wanted from a tablet/laptop. 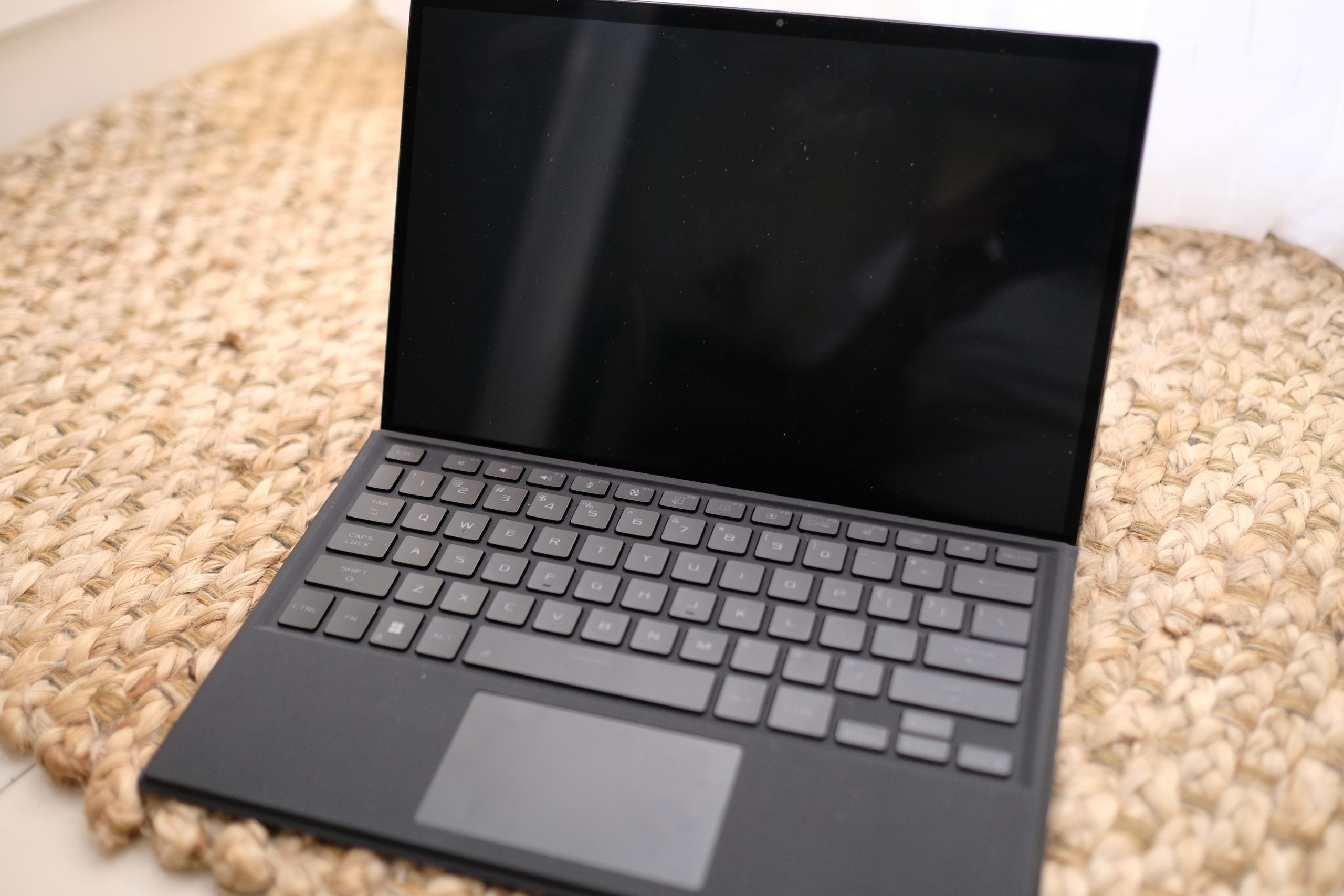 First, let’s get some things out of the way. When it comes to a device this small, I don’t expect overwhelming graphical capability. I don’t expect all games to run at 60fps or higher because that’s just pushing it in terms of power and temperatures at this small form factor. All I expect is a smooth gaming experience to my eyes, especially with single-player games. I definitely won’t use this laptop for competitive gaming because that’s not what this is for. This is for someone who wants to have a device that can do most of the work he needs, like everyday browsing, documents, plus content creation like Photoshop, Premiere, and gaming as well. If that’s what you’re looking for, this one checks all the boxes.

Let’s talk about design. On the front, it has a 13.4-inch display and has relatively slim bezels. Not as slim as Microsoft’s Surface line but definitely not the thickest out there. At the back is where the party happens. The gamer aesthetic is fully alive at the back of the device. 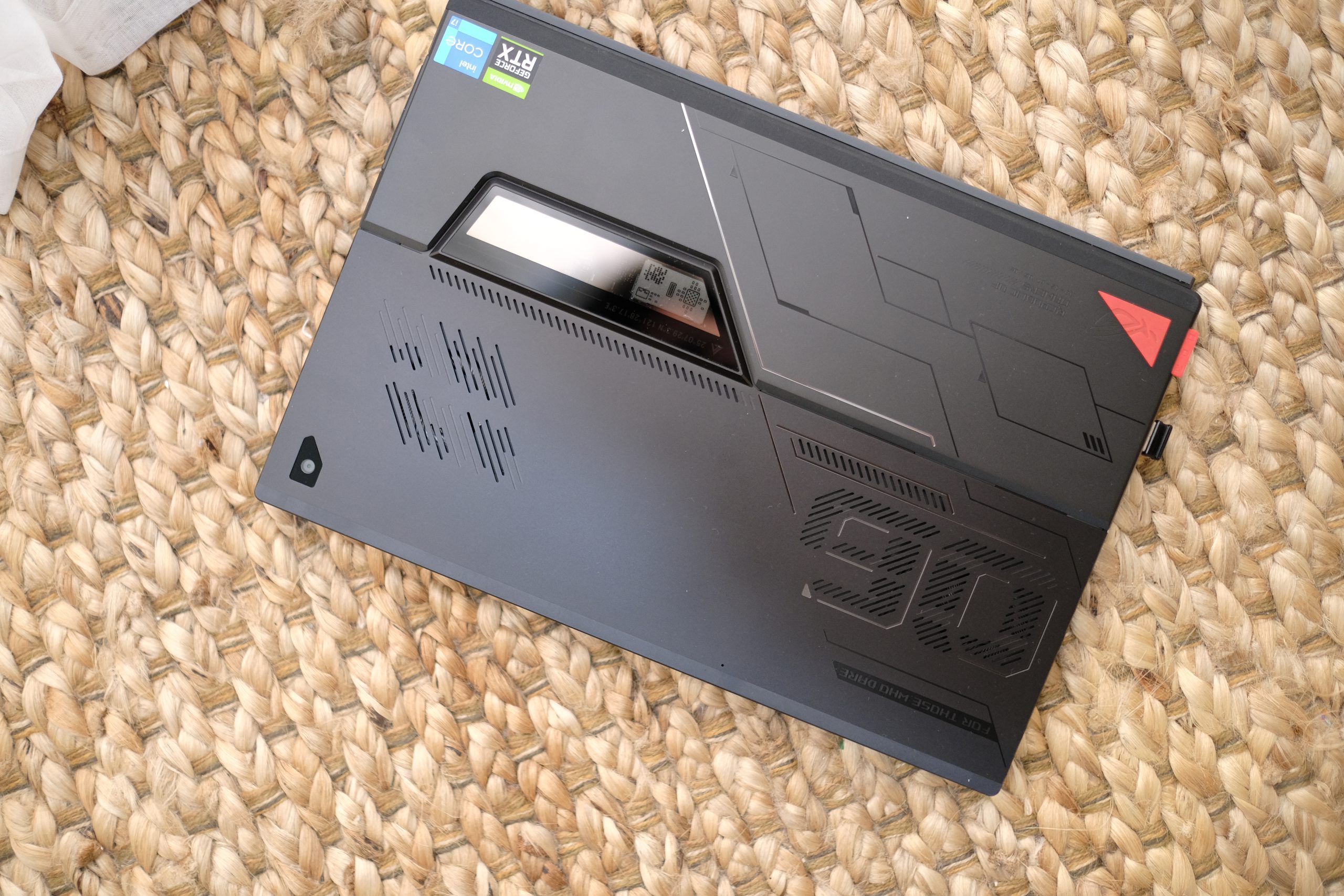 The gamer-y design and black/gunmetal finish of the device give way to this small window that shows the internals of the ASUS ROG Z13 Flow. And that window is fully RGB customizable, so you can change it to whatever color you want. The kickstand is accessed by a very convenient tab on the right that is colored bright red. The stand on the device is very sturdy and I feel like this will last for quite some time. 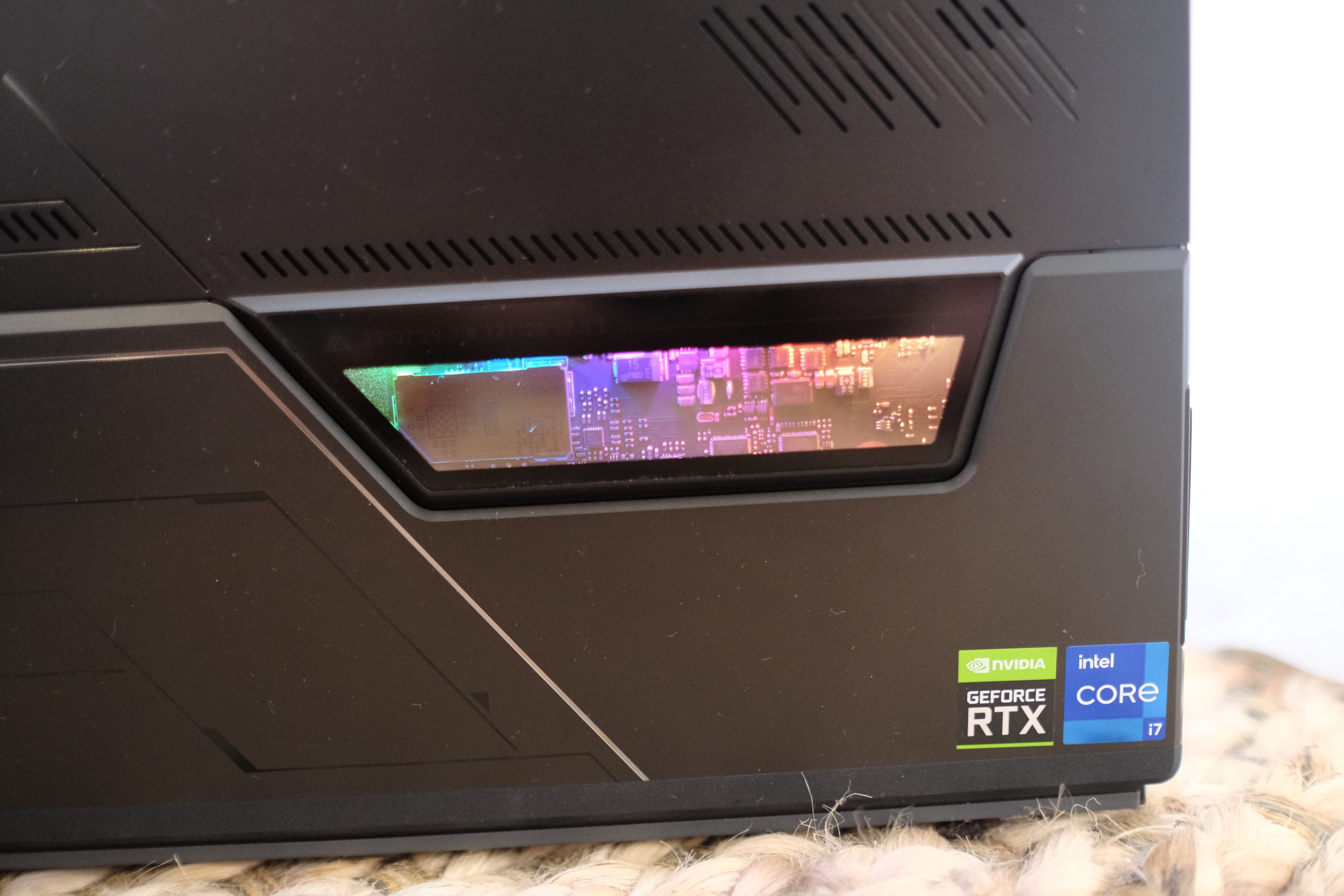 On the right side of the device, you get a single USB 3.1 port and a 3.5mm combo jack. This also houses the volume rocker and the power button of the device. 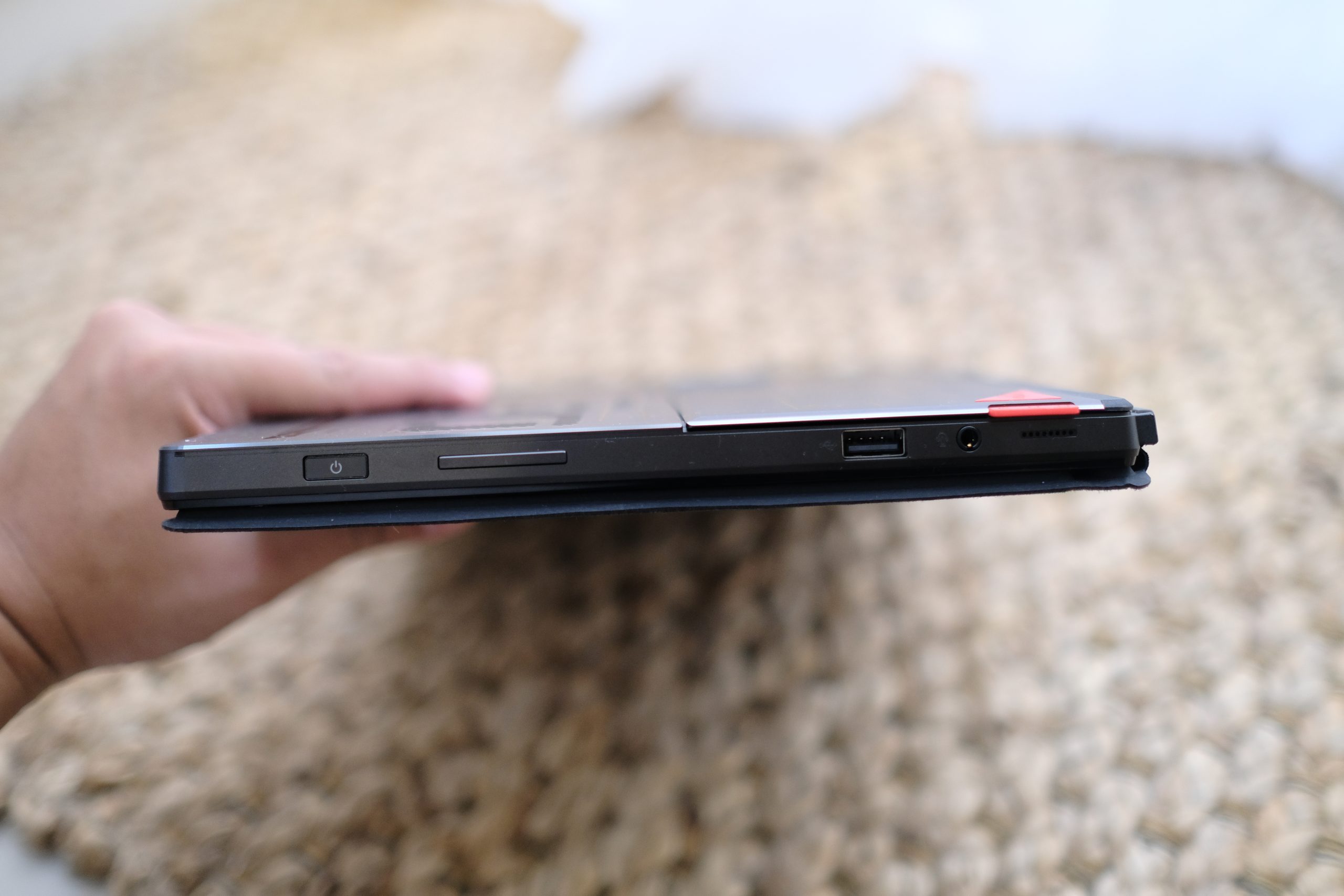 On the left side of the device houses the XG port to attach the XG mobile and a USB Type-C port. 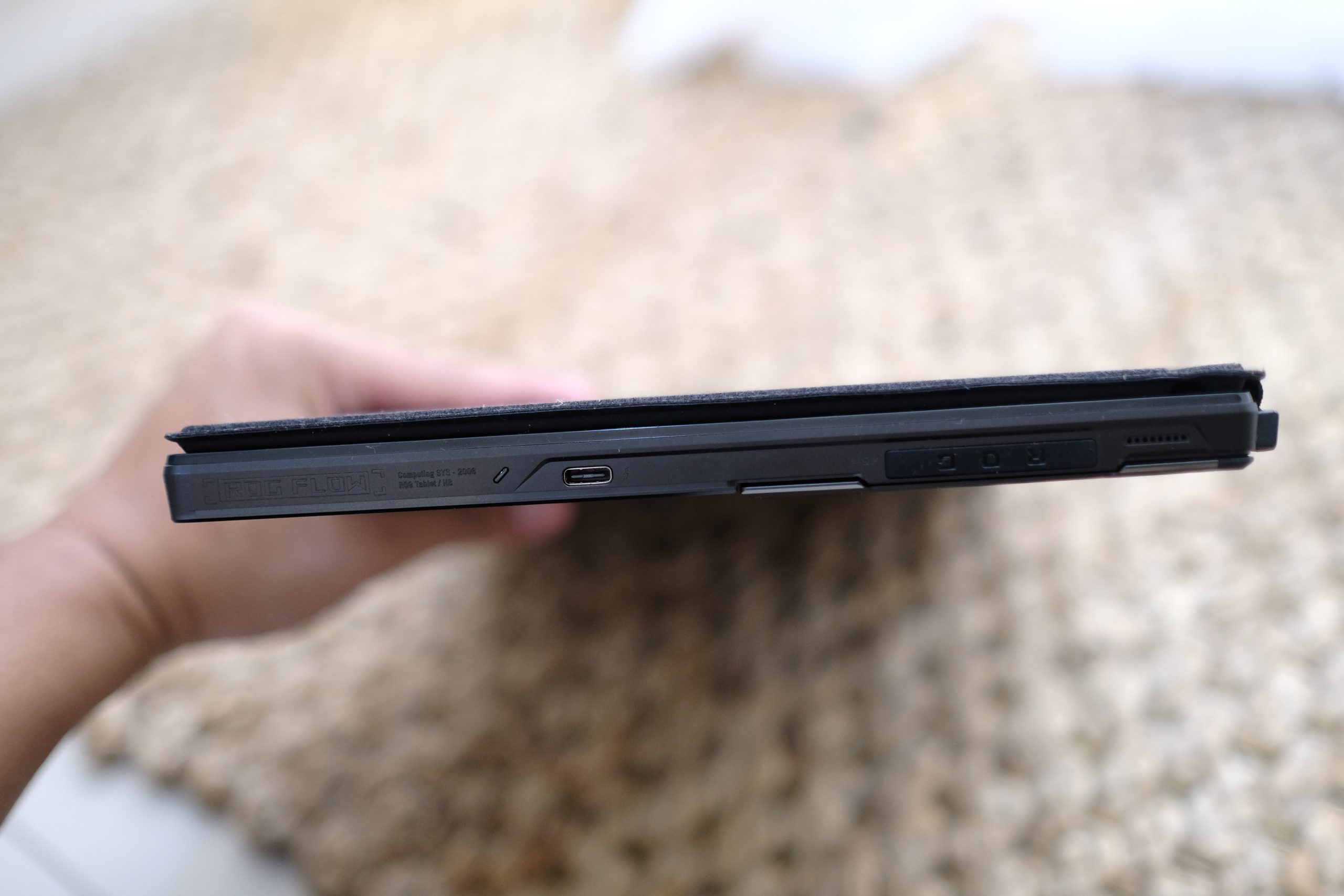 Let’s talk a bit about the ergonomics of the device. First of all, as a tablet, it’s very easy to get used to using the device as a tablet or media consumption device. Holding the tablet isn’t a problem as it is balanced very well. 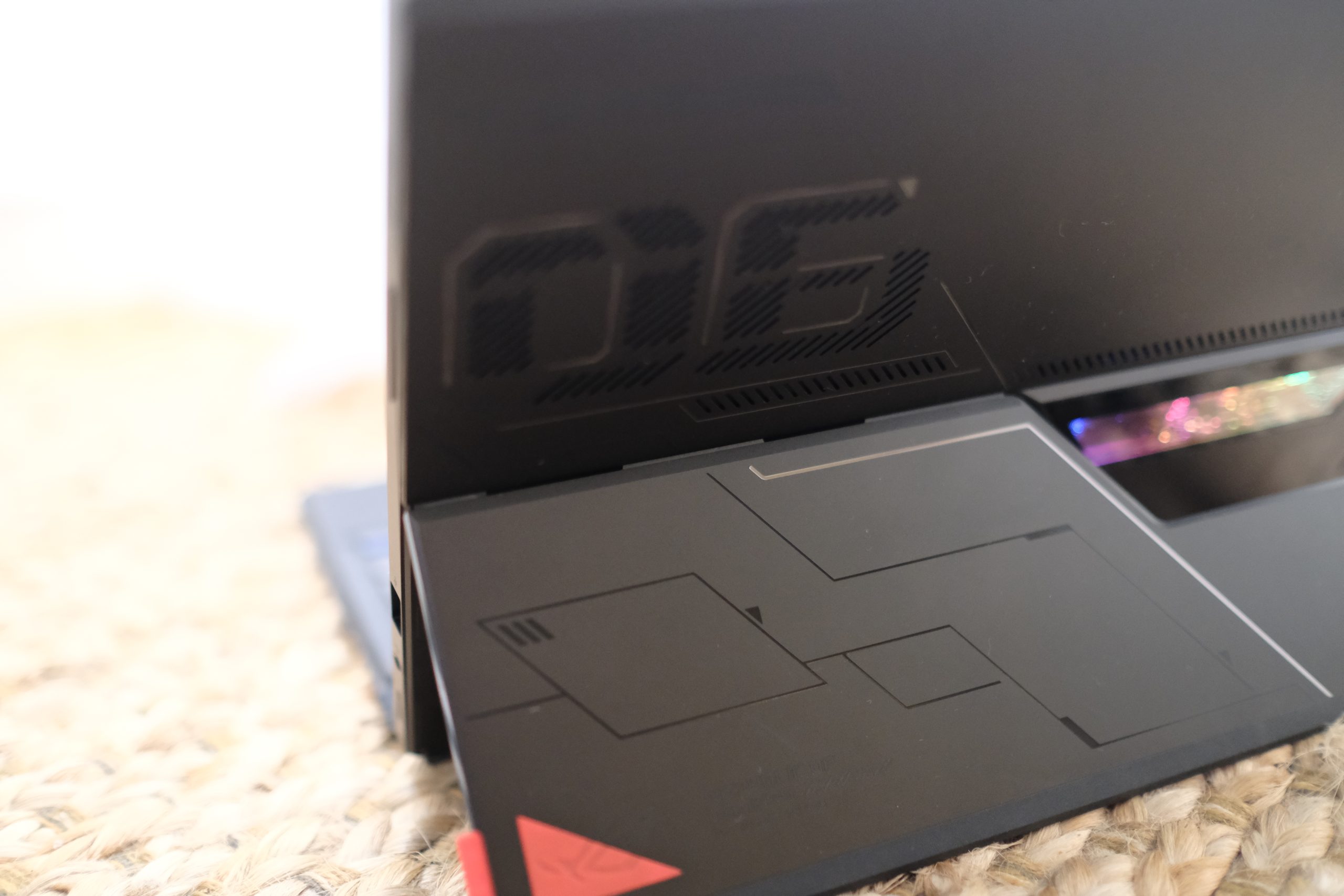 Using the keyboard that comes with it changes the ergonomics drastically. Once you attach the keyboard to the tablet, it becomes a full-blown laptop, but ironically, I had a hard time using the device on my lap/thighs when I’m working from my bed. It just wobbles for me and I had a difficult time using the tablet. So I suggest when using this device in laptop mode, just find a sturdy desk or surface where you can use the device properly. 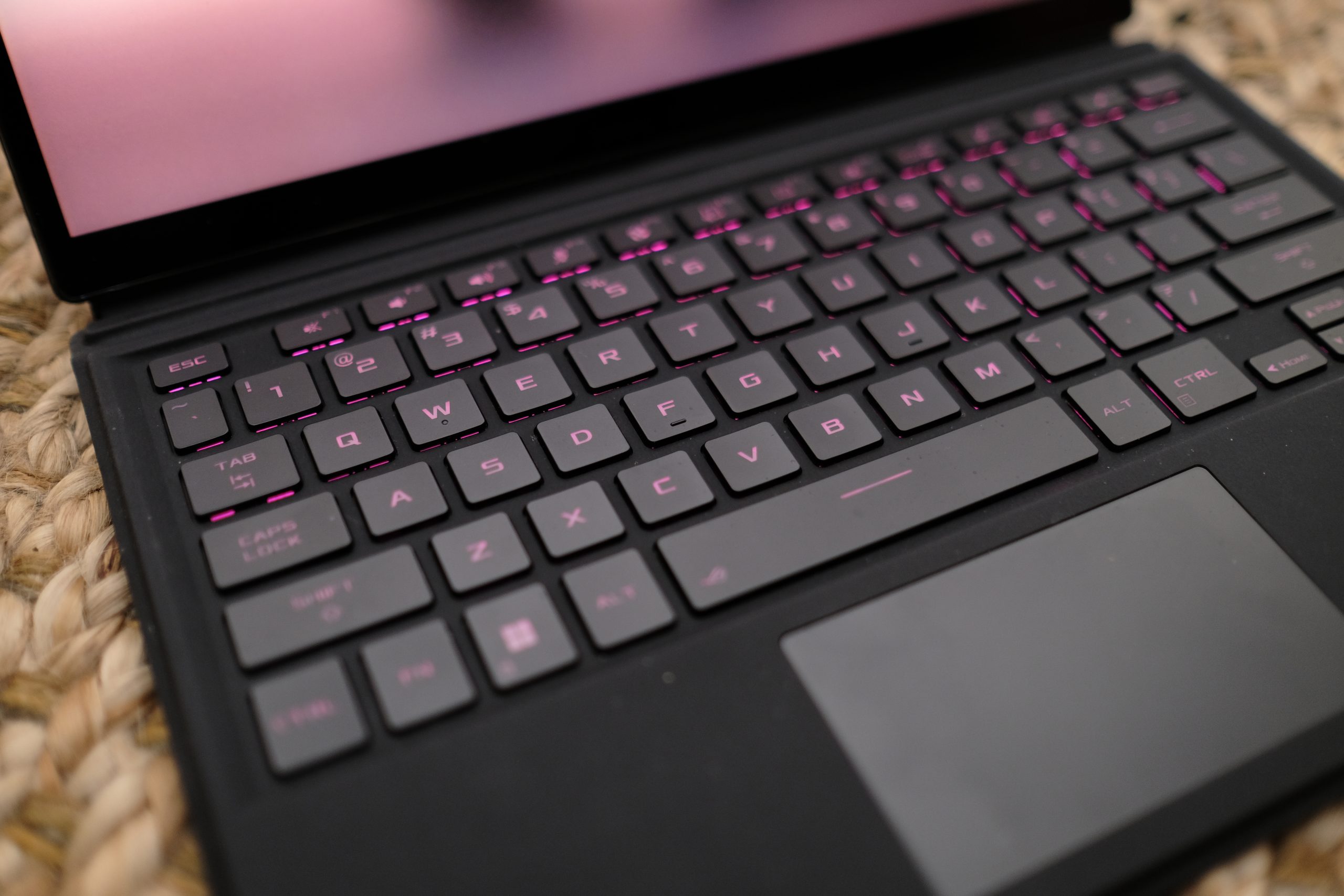 Speaking of the keyboard, it is a fully customizable RGB keyboard, so using ASUS’ own Armoury Crate you can change the color to whatever you want. Secondly, the keys are well spaced out for a size like this, and when on a flat surface, I had no problem typing, and key travel was on-point.

Lastly, another thing that I might consider a con is that when eventually attaching multiple connections on this device, everything will just look a bit messy with cables just sticking out of it. That may be nitpicking but it is a concern for someone like me who likes my tech clean and minimalist. 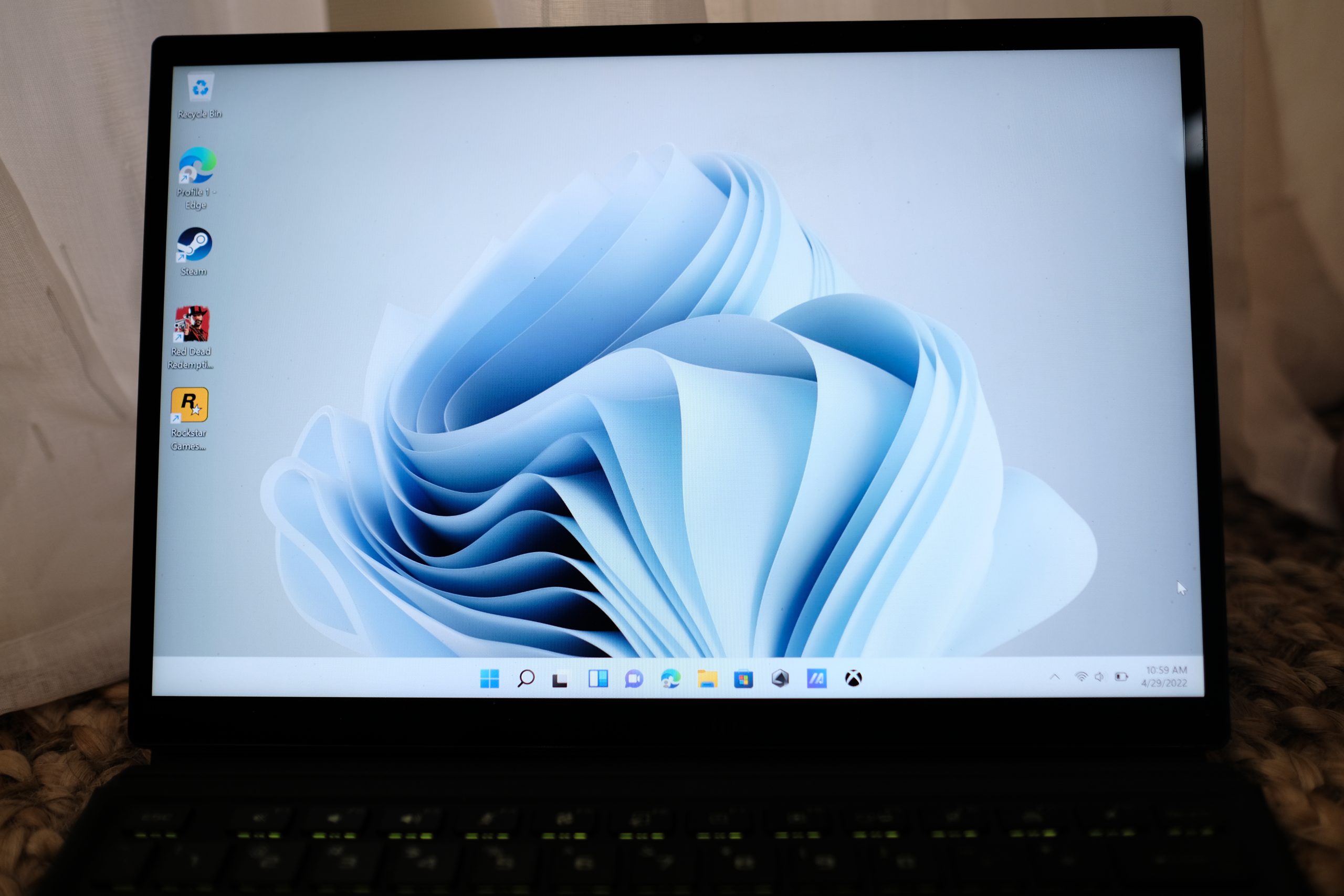 I enjoyed browsing websites with this device, reading manga, watching shows on YouTube and Netflix as well as playing games. Everything was responsive, smooth, and definitely immersive with this device.

The panel has more than 500 nits of brightness and I never had a problem using the laptop in direct sunlight. It covers almost 100% sRGB, 60% of Adobe RGB, and 72% of the DCI-P3 color space. 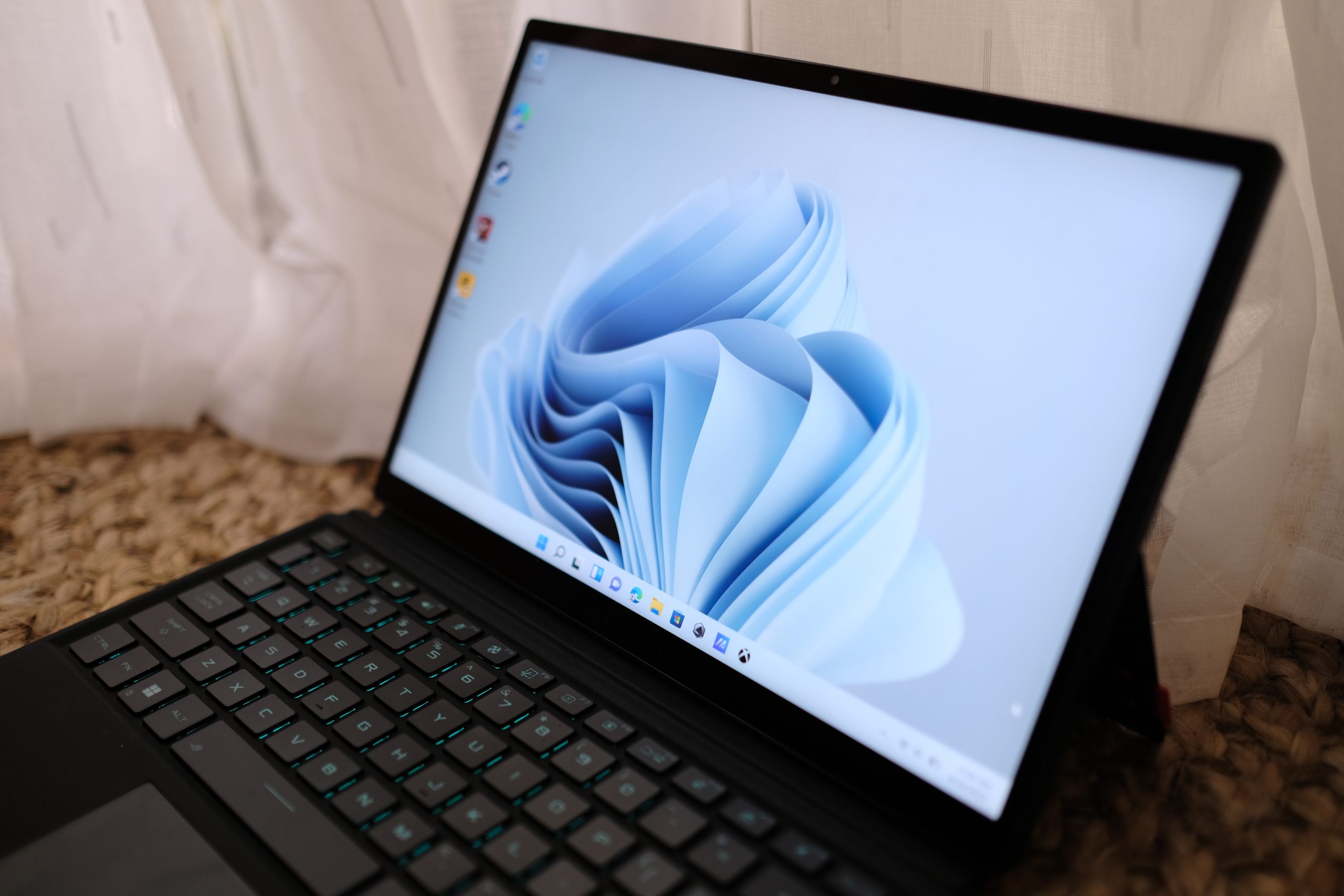 The Flow Z13 has excellent color accuracy out of the box and I can see this being a device for content creators out there.

The combination of the 120Hz refresh rate and Full HD resolution on this device makes a lot of sense, it gives you the smoothest experience and it doesn’t require a lot of performance to run as well.

The ASUS ROG Flow Z13 has all the connectivity features needed in a laptop. Alongside the mentioned ports the tablet features WiFi 6 as well so you get higher speeds with this laptop versus older generations.

The speakers of the tablet get relatively loud. Definitely, enough to fill a room, but don’t expect high-fidelity music coming out of this. There is a definite lack of bass to the laptop but the clarity is mostly there. If you want some serious music or sound coming out of this then I’d recommend a dedicated set of cans instead. 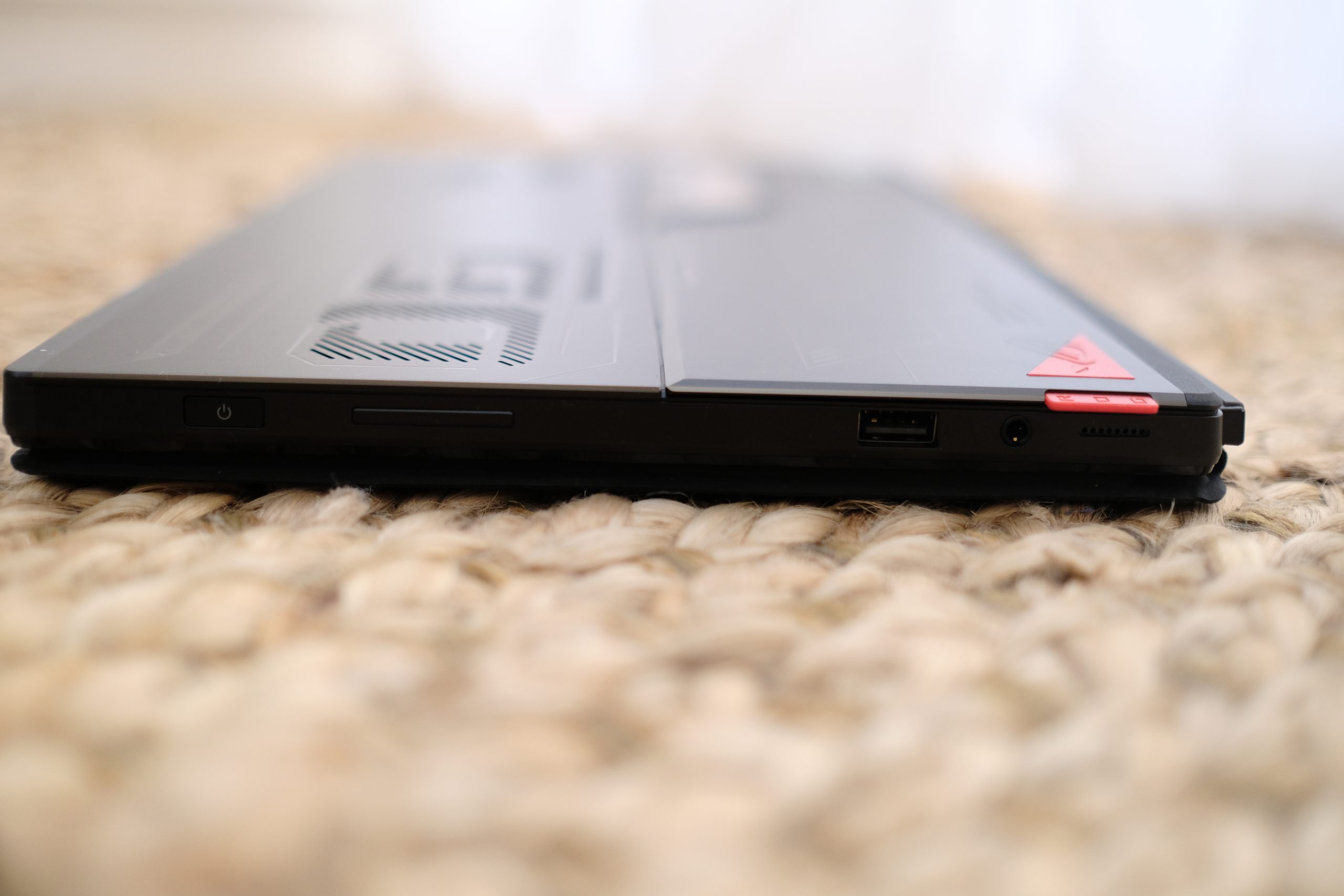 Speaking of sound, one of the things that this device does so well is control fan noise. Even playing games and rendering files, I barely heard the fans rev up. That is such a feat for a device this compact. It kept fan noise to a minimum and I believe that ASUS has definitely lived up to that promise.

The ASUS ROG Flow Z13 that we tested came with the latest Intel i7-12700H processor, 16GB of LPDDR5 RAM, and an NVIDIA RTX 3050 dedicated graphics card. 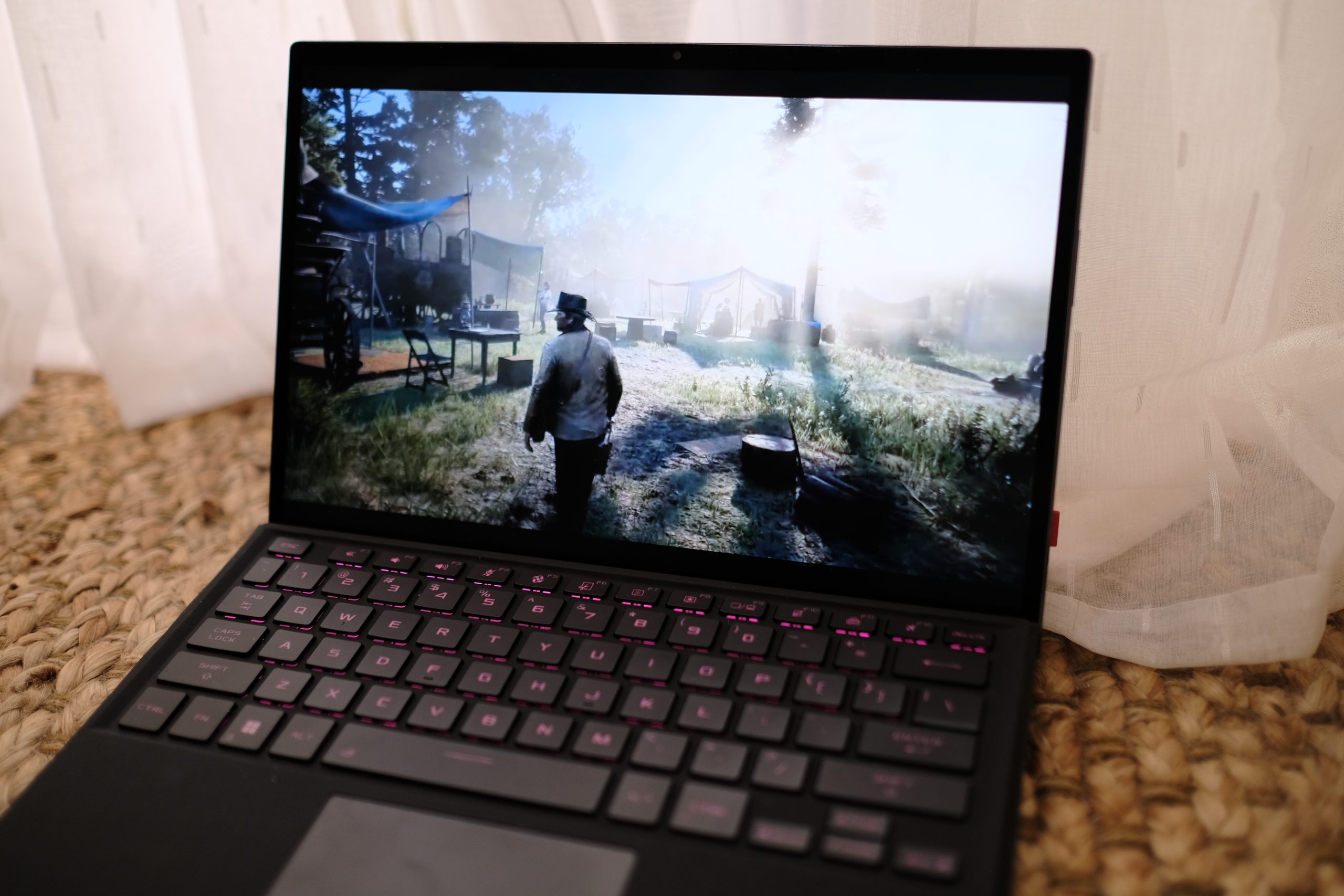 Spec-wise, it is amazing to me how they crammed one of the top mobile processors around into this small device. The only drawback to this is that because of the smaller form factor, there is a bit of sacrifice when it comes to running a processor as powerful as this. The tablet doesn’t use the entire potential of this processor and throttles it down at full loads to control the temperatures of the device.

For users to use more power of the device, you have to connect this tablet to the wall. That’s the only time you can use the Turbo mode of the device for intensive gaming sessions or demanding apps and use cases such as rendering. As for me, I ran the device with Balanced power settings as to now overly task the tablet for fear of overheating.

Gaming on this device was a great experience. I played a relatively graphic intensive game such as Red Dead Redemption 2 on the dedicated GPU and I had a great experience. Most of the time it was running at around 40-60FPS with a mix of medium and high graphic settings plus NVidia’s DLSS feature turned on. For a device that’s this compact, playing a game like this was a pleasant surprise. I was fully immersed in the game and not once did I notice the lack of constant 60FPS. Here’s a list of games and average FPS I tested on this device (medium to high settings at 1920×1080 resolution, DLSS on in some games).

As for synthetic benchmarks here is what we got.

It also comes with a 512GB NVMe drive that is upgradeable through the dedicated slot at the back of the device. It’s very easy to access via a Philips screw. I had no problem with the speeds of the NVMe drive as well. 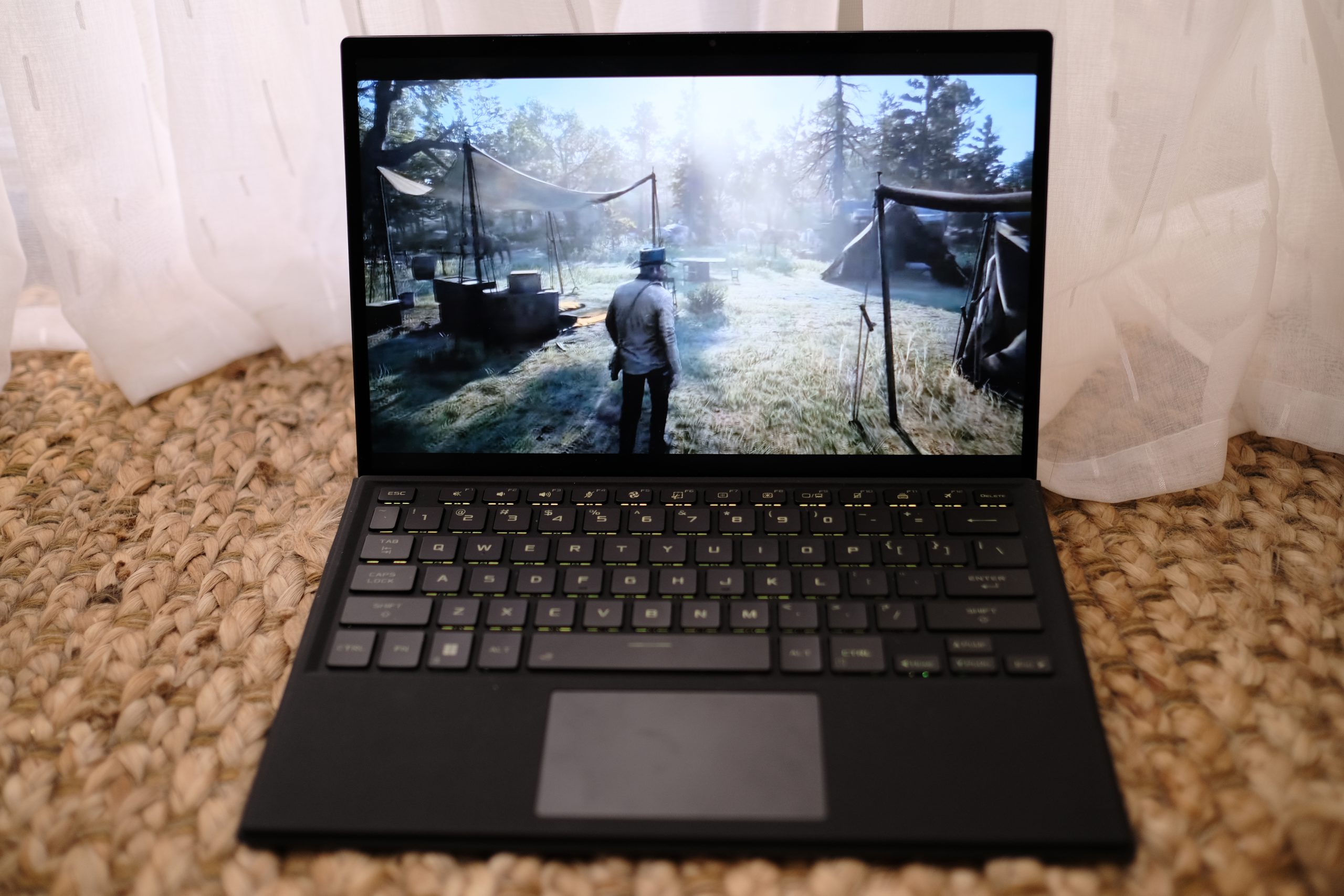 The ASUS ROG Flow Z13 is compatible with the XG Mobile which basically turns this laptop into a full desktop PC experience. Think of the XG mobile as a small desktop that has a dedicated RTX 3080 inside it. All it needs is the processing power from the ROG Flow Z13 and it turns it into a monster. 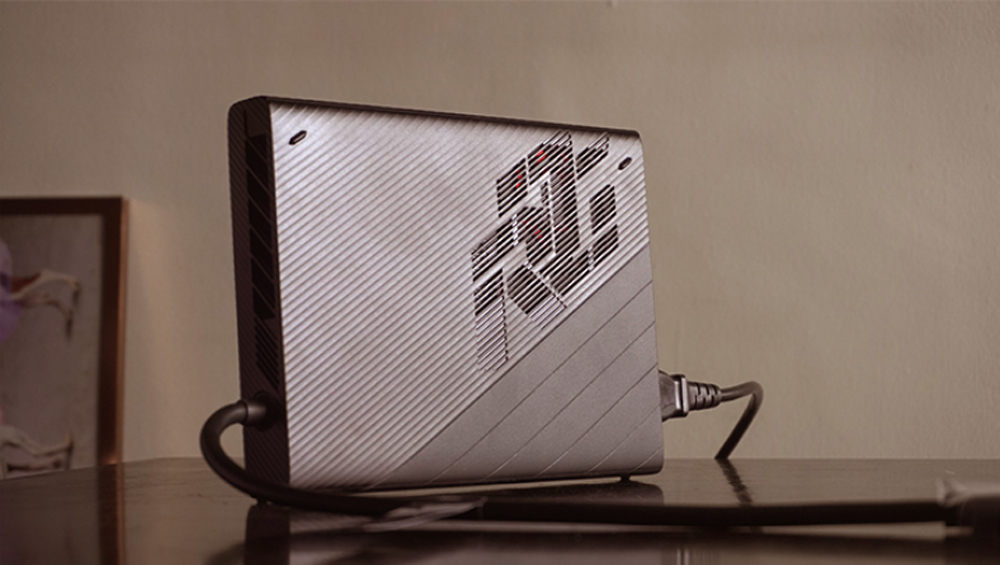 The XG Mobile comes with 4 USB Type-A ports, a DisplayPort 1.4, an HDMI Port, as well as an Ethernet cable. It has everything you need to make a small form factor desktop, all you need is a monitor. It connects to the ROG Flow Z13 via the XG Mobile slot. 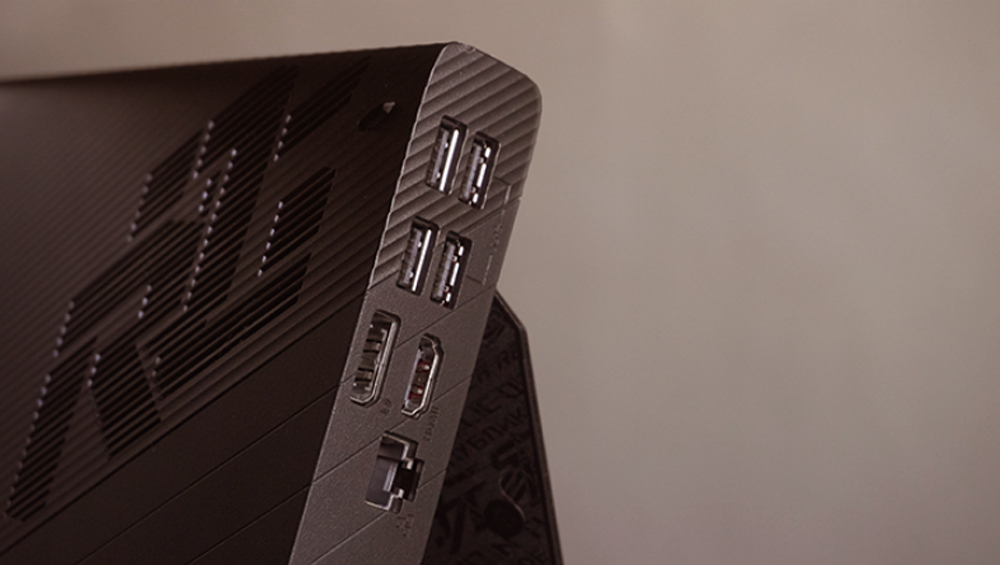 The device then becomes, for lack of a better term, a hardcore gaming pc when attached to the XG Mobile. Let’s show you some benchmarks and compare to the numbers I posted up top using the same settings.

As you can see, this thing turns into a mobile gaming desktop that is more than enough even for the latest AAA games. If you wanna run a 4K monitor and play games at 4K, no problem! The XG Mobile does that and so much more. With its amazing portability that can easily fit a backpack, it’s like you have a desktop with you always anywhere you go. Of course, the price of the XG Mobile might turn off some people, but for the power, you are paying for and if you can afford it, why not?

The ASUS ROG Flow Z13 comes with a 56Wh battery which is not bad, but not the best on a tablet. I got an average of 6 hours of use when doing my usual workloads such as surfing the web, watching the occasional YouTube or Netflix video, and brightness at around 70%. 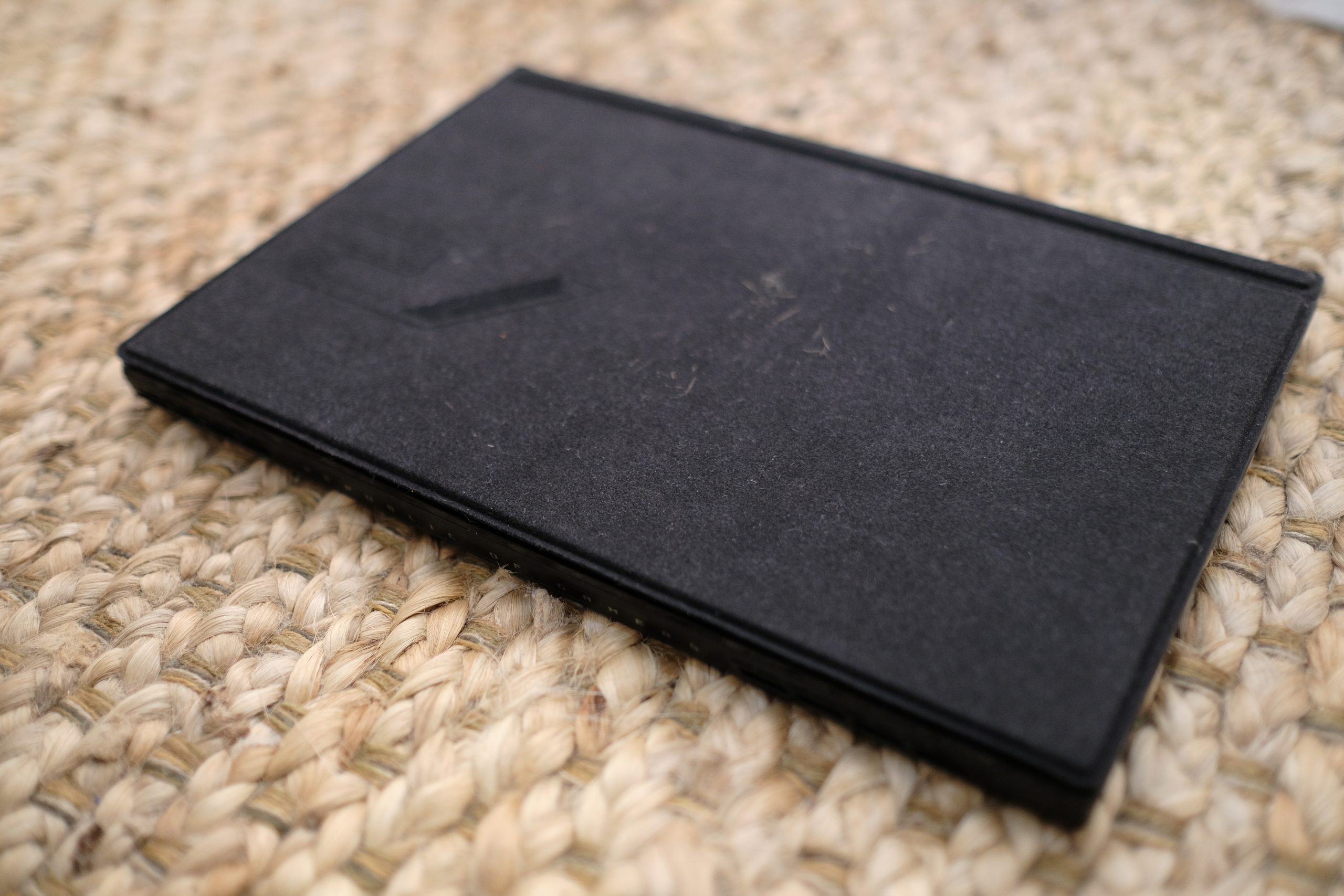 Gaming on battery though was a different case, I barely got an hour of use on the device on any mode so I suggest staying near an outlet if you plan on gaming on the device.

The ASUS ROG Flow Z13 is a testament to how technology has evolved. It packs a lot of power inside this small form factor that you can easily use on the go. There aren’t a lot of compromises when it comes to this laptop at this size and it’s hard to find a competition that allows you to do so much with such a small device. 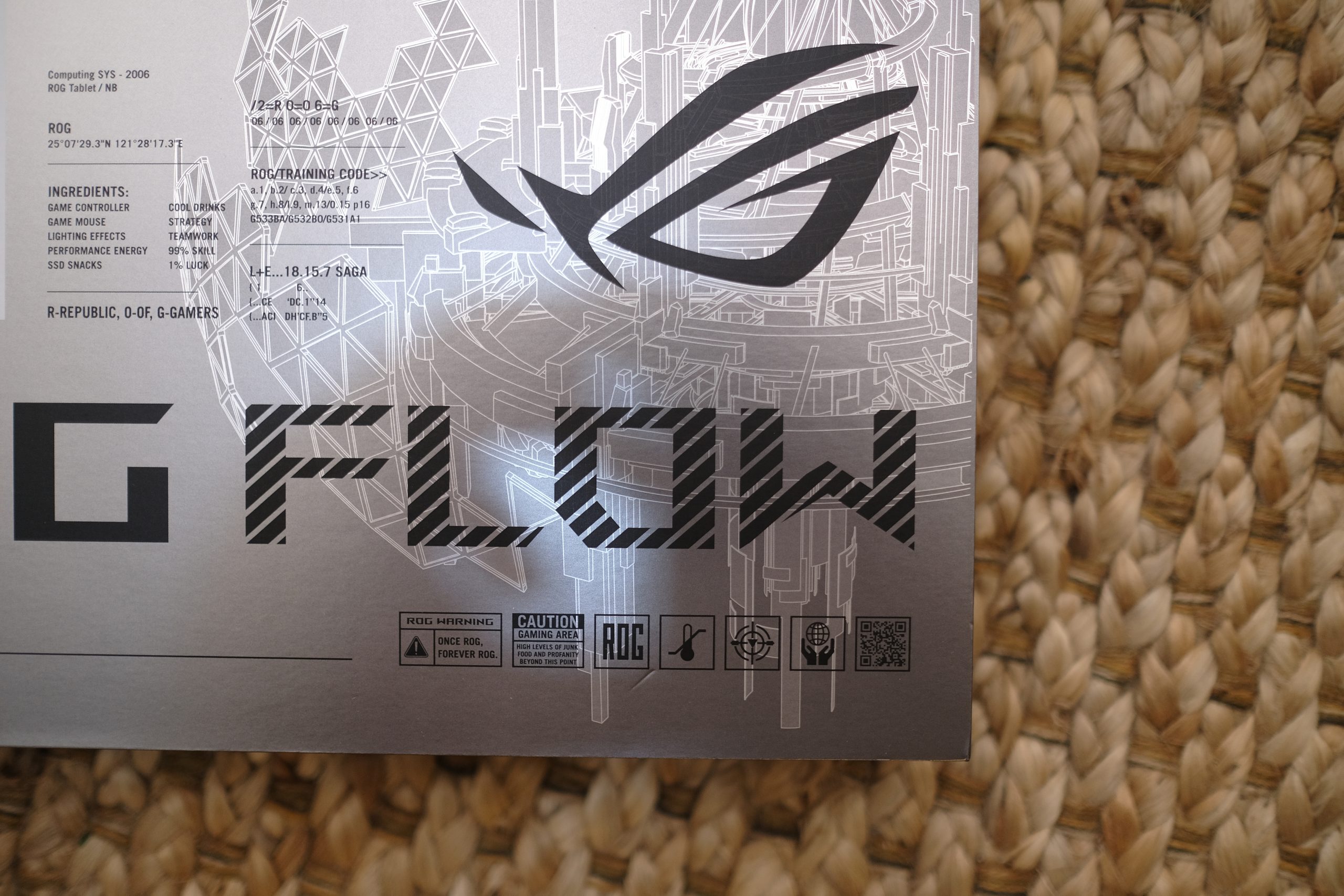 Priced at PHP 99,995, the ASUS ROG Flow Z13 gives you a lot for the price, especially against competitors who offer bulky laptops for around the same price. The XG Mobile meanwhile with the RTX 3080 is priced at PHP 89,995. With the versatility this device allows you, you can expect to pay a premium, but in my opinion? It’s all worth it to have a device that can do so much in such a small form factor. As they say, to be at the forefront of technology comes at a price, in this case, it’s all well worth it. You can check it out right here.