Announced just last April, Microsoft’s Surface 3 strikes a better balance between a tablet and a laptop at a price category of netbooks. 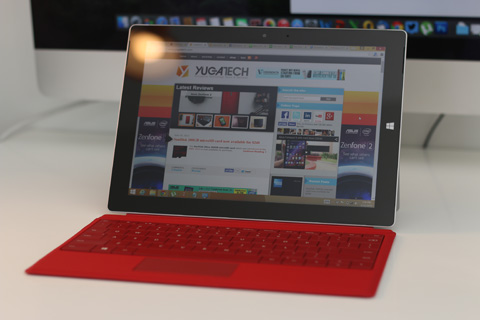 The Surface Pro series is also quite expensive compared to the Surface 3 that found the sweet spot at $499 (Php22,500).

Of course, you will have to also get the expensive keyboard case for $129. In our trip in San Francisco last week, I was able to grab the 64GB model and a red keyboard cover for around $680 (includes state tax) or just under Php31,000.

In a way, the Surface 3 competes with the likes of the Asus Transformer Book T100 and the Lenovo Yoga Tablet 2. 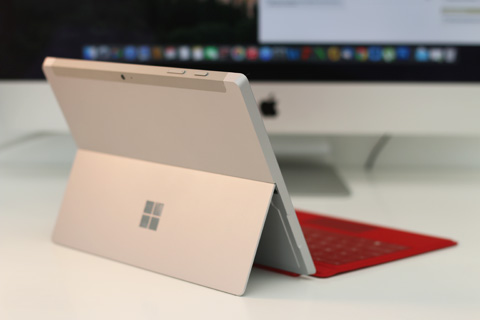 Nevertheless, with a thin and light Windows 8.1 tablet like the Surface 3, Microsoft has finally gotten a good and affordable productivity tablet on the table. It reminded us of Surface RT when they first introduced it several years ago but the performance of the Tegra chip and limited capability of Windows RT resulted into low market acceptance. 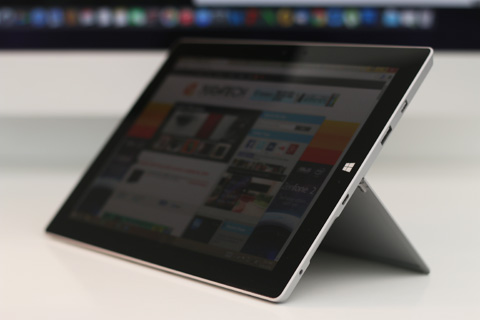 This time around, I think Microsoft has gotten it right. With a 10.8-inch full HD display, the Surface 3 is poised to fill that narrow gap between a netbook and ultrabook laptop, all the while maintaining a tablet form factor.

You get the same build quality as the Surface Pro 3 with magnesium alloy material in a thin and light body. The integrated kickstand at the rear side is adjustable as it allows for several fixed angle of view. It comes with a full-sized USB 3.0 port, a mini Display Port and microSD card reader for transferring large files or adding extra space to the rather inadequate internal storage. 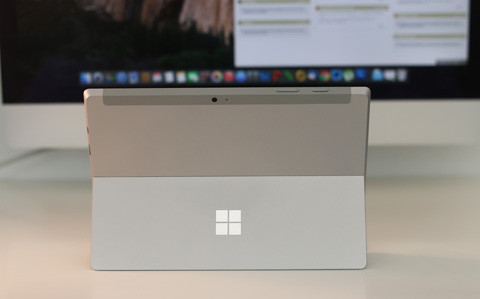 This is also the first time we saw Intel’s new Atom x7 quad-core processor. You have the option for a 2GB memory and 64GB storage or 4GB of memory and 128GB of storage. The latter configuration will cost you an additional $100 but I think the 2GB and 64GB combo should do just fine if you will use it for light work like MS Office and Photoshop.

From the limited time I used the tablet for the usual office productivity, web browsing and a bit of photo editing and so far, the quad-core Atom processor and 2GB of RAM was able to manage it.

Microsoft promises an extra long battery life which can last up to 10 hours on a single full charge. That’s pretty much all the time you need for the entire day. If you need more juice, you can just plug the tablet to a powerbank via its microUSB charging port. During our 28 hours flight back from the US, it feels like the Surface 3 performed pretty close to the 10 hours of continuous use on a single full charge. The keyboard cover has been greatly improved as well. The chiclet-type keys are generous with enough travel for a comfortable touch-typing. It didn’t add much weight nor girth to the over-all size of the tablet and you can pick from a selection of bright colors as well.

The charm of the Surface 3 is really the balance between using a portable tablet and a regular laptop. It can smoothly do both, within limits of course. The case use is pretty evident and the price point is within reason. 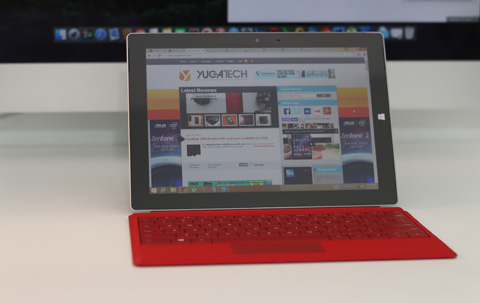 What I intend to do is pair the portable Surface 3 and the heavy-weight Dell Alienware 13 which I’ve recently bought as well. The combination of a portable and lightweight Windows 8.1 tablet allows me to do menial stuff like blogging or watching movies with a much longer battery life while the Alienware 13 gives me the extra performance I will need when playing games of doing some editing with Adobe Premiere.

Microsoft has been experiment with the tablet-laptop hybrid and I think the Surface 3, along with the Surface Pro 3, has finally found the right mix between form, functionality and price.

The Microsoft Surface 3 is not yet officially launched or released in the Philippines but the Microsoft Online Store lists it at a starting price of $499 for the 2GB/64GB variant and $599 for the 4GB/128GB variant.