Video recording has always been one of the strongest suits of the Lumix G MILCs and Panasonic remains hard at work to make sure that it stays that way. A testament to that is the recently announced Lumix DMC-GH4 which combines a compact weather-sealed body with 4K recording capabilities. 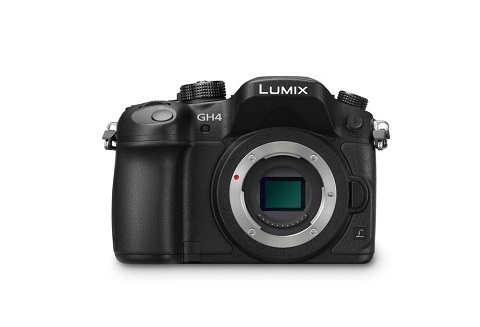 From a hardware stand point, the GH4 looks very identical to its predecessor the DMC-GH3, but just a tad shorter. The GH4 also inherits the magnesium body of previous model, as well as its resistance against dust and water (splash).

Panasonic may not have changed a whole lot on their brainchild’s design, but the GH4 received a significant overhaul underneath its compact frame. The most notable improvement on its inner workings is the quad-core Venus IX engine which allows it shoot at blazing 12fps and a max ISO of 25,600.

And since the Lumix GH4 is, by and large, geared towards videographers, Panasonic will also release a special battery grip called “Interface Unit” which further expands the capability of the camera.

Apart from increasing the mileage of the camera by holding another battery, the DMW-YAGH also has a plethora of ports and dials that allows user to tweak their audio/video settings on the fly. As you can see on the image below, the Interface Unit adds a significant bulk to the GH4, but it’s still fairly small compared to the big ass cameras that some professional videographers lug around. 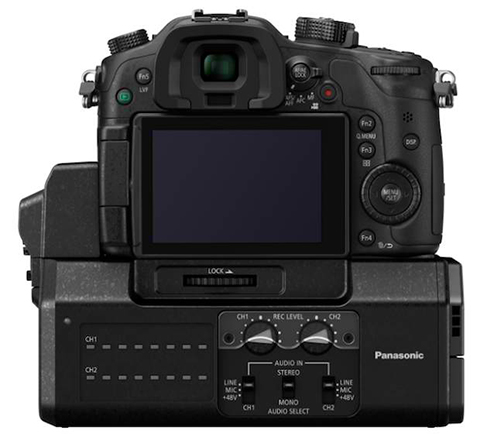 Panasonic has yet to reveal the official pricing and release date of the new Lumix GH4, but they promise that they will keep the price below the USD2,000 mark.