Apple sets up a crackdown on App Store applications that have not been updated in a ‘significant amount of time’ while giving developers only a 30-day deadline to update them. 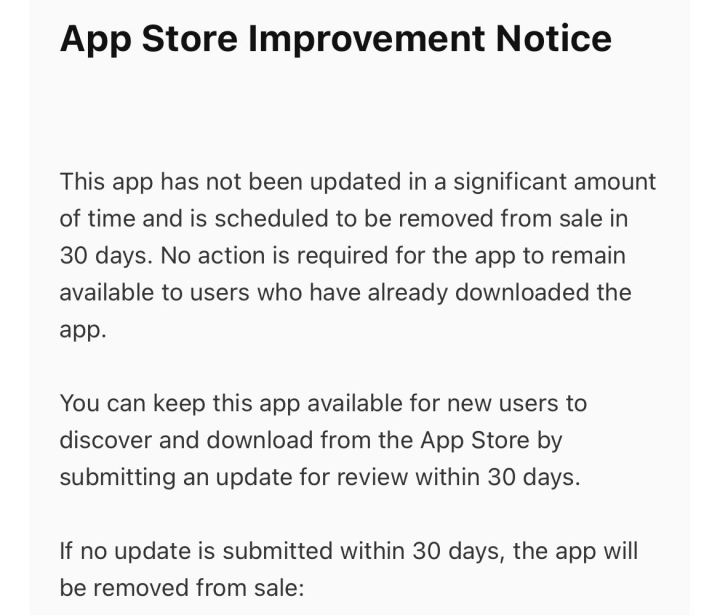 Affected developers received an email titled “App Improvement Notice” warning them that if no updates are submitted in 30 days, the apps “will be removed from sale.”

Developers have taken to Twitter their woes regarding the new policy. Protopop Games tweets that they received the said email saying that Apple will remove his functional, free game Motivoto because no updates were received since 2019.

“This is not cool. Console games from 2000 are still available for sale. This is an unfair barrier to indie devs,” Prototype Games says.

Based on the App Store Improvements page, it shows that Apple is “implementing an ongoing process of evaluating apps, removing apps that no longer function as intended, don’t follow current review guidelines, or are outdated,” however no timestamp was indicated on the page making it unclear whether when would Apple enforce the strict deadline.

Although any previously downloaded apps will remain on users’s devices despite impending removal.

Apple has not yet released a statement regarding the matter. It is also not clear whether completed games will be affected by the App Improvements policy.