Spotify's 'Behind the Lyrics' now on Android

Spotify’s ‘Behind the Lyrics’ now on Android

Spotify has finally brought an iOS-exclusive feature to its Android app counterpart. 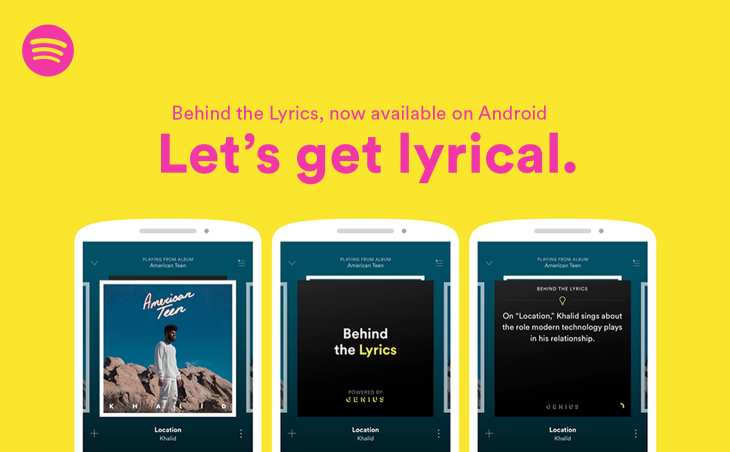 More than a year after its iOS release, Spotify’s Behind the Lyrics integration has finally come to Android. Behind the Lyrics connects the song you’re currently listening to with annotated lyrics from Genius. It gives a bit of track’s backstory, just in case you’d like to know.

Spotify recommends to check out the feature with their curated Behind the Lyrics: Hip Hop and Today’s Top Hits playlists, which include artists’ notes, fun facts, and other excerpts. There’s also a promo for the release of R&B star Khalid’s latest album American Teen.

Spotify’s Behind the Lyrics on Android starts rolling out today.