Update to Windows Phone 7.8 has started rolling out for the Nokia Lumia 800. The update introduced a WP8-like UI to the first-gen Nokia Lumia phones.

We first reported the roll-out back in December but it turns out, it was just for the pre-prod model only. 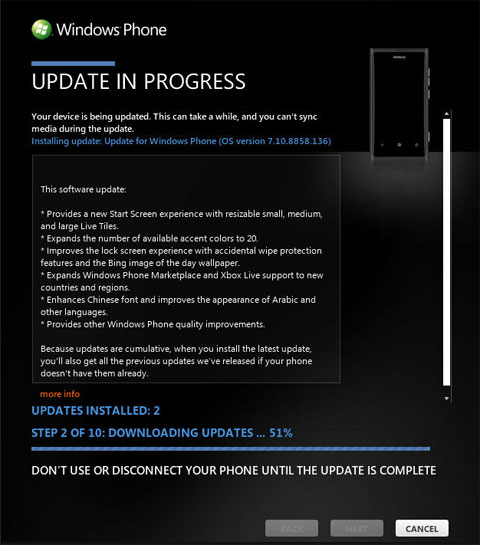 Today, reports are coming in that Philippine users can now download WP 7.8 for the final update. To check for the update, just connect your Lumia 800 to your PC/laptop and fire up Zune Media Player to initiate the download.

Since old Lumia phones will not be able to upgrade to WP8 {see reasons here}, Windows Phone 7.8 is the last biggest software update for them.