Sun Cellular’s latest offer under their Plan 450 is a bundled device — a 7-inch Polaroid 3G tablet and a 3.5-inch 3G Android smartphone. We took a closer look at both devices to see if they’re well worth the Php450 monthly plan from Sun. 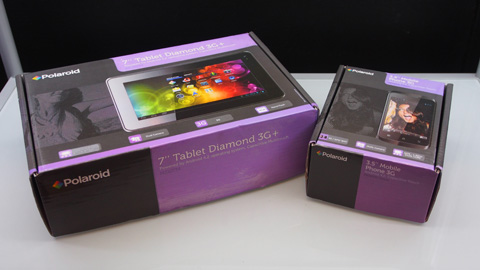 Both the tablet and the smartphone are branded under Polaroid, once a strong brand in the photography industry. Both devices are entry-level models but are all equipped with 3G connectivity. 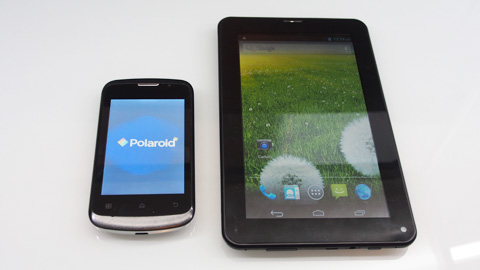 The Polaroid Diamond 3G+ is a 7-inch Android tablet with a TFT display and resolution of only 480×800 pixels. The screen looks a bit washed out and pixelated once you take a closer look. Despite the dual-core 1.2GHz AW13 processor, the unit performs pretty decent and capable of running almost all the basic stuff. Storage is just 8GB but is expandable to 32GB via a microSD card.

There’s some noticeable lags or delays that you will encounter from time to time and don’t expect it to be able to perform well with graphics-intensive games. The tablet is good enough for web browsing, using social apps like FB, Twitter, and FourSquare and even watching HD movies. 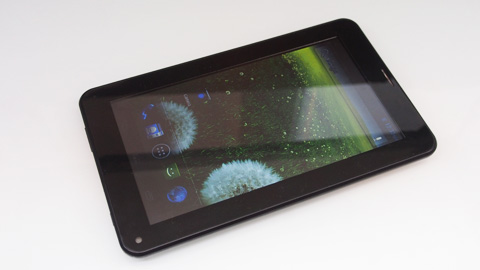 The normal position of the tablet is oriented horizontally, as this is still an Android ICS device. The front-facing camera is found on the top right corner, the speaker is on the left corner while the power button, volume and other ports are found on the right side of the unit. 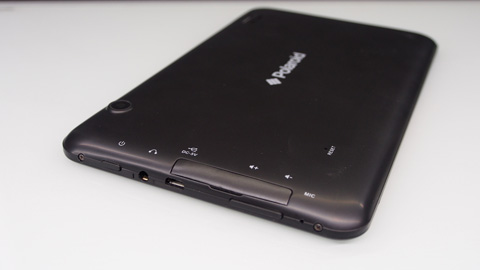 At the back is the flip cover for the 3G SIM card slot and microSD card slot. The smooth, matte finish of the back panel feels good on the hands and gives you a comfortable grip. 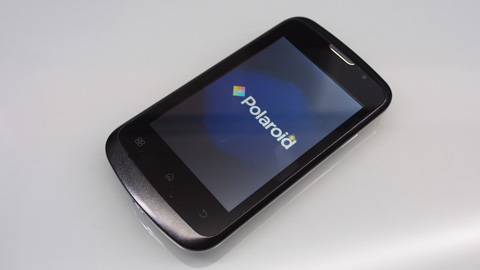 The 3.5-inch Pro97135 Carbon 3G Android phone is the other item in the bundle. We covered the unit during its official launch here in the Philippines back in May. 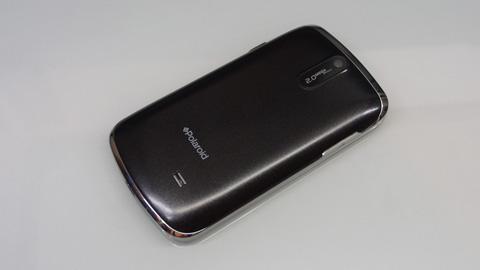 Both devices come free when you subscribe to Sun Cellular Postpaid Plan 450 with a lock-in period of either 3 or 6-month period.

These two devices were the ones we gave away last week.